On August 30, the wrestling organization tweeted out “Alex ‘GoldenBoy’ Mendez is #AllElite,” officially confirming rumors that the esports legend was joining the team.

The signing reveal comes on the eve of the “All Out” Pay-Per-View on August 31.

“Change the world,” Goldenboy said in a retweet of the AEW announcement. He also posted a video where he could hardly contain his excitement.

“Yes, it is finally out there officially that I am All-Elite,” he said. “What that means is I am in Chicago and I will be on commentary for All Out.”

The 31-year-old esports caster and host has worked on several major events including the Fortnite World Cup and Overwatch League homestands. He had also previously did commentary for Halo and Call of Duty.

AEW is becoming very popular with its embrace of what could be considered ‘nerd culture’.

In June 2019, the company held its Fyter Fest event alongside the CEO fighting game tournament in Florida. Around 4,200 tickets were sold for the show.

Mendez appeared at the show and did commentary alongside legendary pro-wrestling commentator Jim Ross. 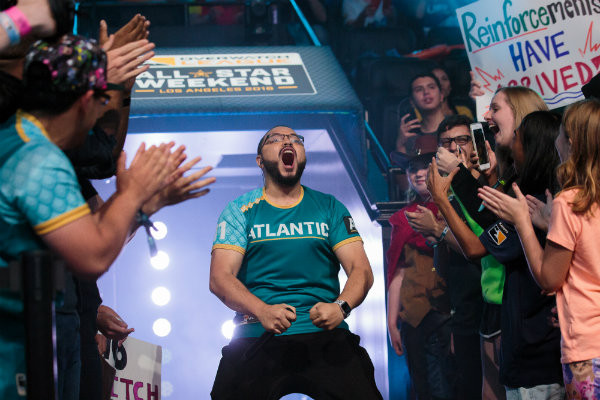 “I would watch Jim Ross and Michael Cole and learn from them,” Mendez said in an interview with ESPN before the show.

“I also learned how to do interviews by watching the mic placement and posture of people like Jonathan Coachman and Cole. They are the best of the best. They put on a quality product week in and week out, and for any aspiring broadcaster in esports, there’s a lot to learn there.”

Goldenboy will be doing commentary for All Out on Saturday August 31.