Alinity’s cat finally gets its ‘revenge’ during Twitch stream

Popular Twitch streamer Alinity felt the wrath of one of her cats when it finally struck back after she infamously gave it a kiss after drinking some vodka.

Back in July of 2019, Alinity sparked outrage during her stream of Apex Legends when she now, infamously, picked up her cat Milo and threw him over her shoulder after the pet had walked across her desk.

Amid calls to have her banned off Twitch, viewers dug up older clips of her streamers where she had been alleged to mistreat her pets in different ways – including feeding one of them vodka during a kiss between them. That cat, Maya, has seemingly bided its time to get revenge, quite literally biting back. 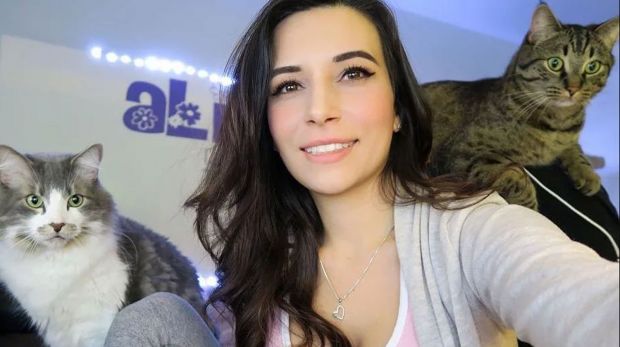 Alinity’s pets can usually be found laying around on her streams.

During her March 6 stream, Alinity had been sat with a few of her pets when she began singing along to Aerosmith’s classic hit I don’t want to miss a thing.

As the streamer went to hit some of the high notes during her somewhat out-of-tune rendition, her cat walked around to the front of her chair, jumped up and took a bite of her arm. It immediately shocked the streamer who stopped signing and began holding her arm in pain.

Though it seemed like a pretty nasty injury because of her reaction, the streamer was able to carry on with her broadcast – but she had to make a promise to her cat first.

Of course, some viewers immediately mocked the streamer and claimed it was the cat she had thrown getting revenge, though, that wasn’t to be the case – that one was Milo, this was Maya.

Whether or not she keeps to her no singing promise remains to be seen but, for the sake of any further potential injuries, she might want to consider it.