RiceGum roasted Paul for having less views on his most recent vlog, which had been uploaded just fifteen minutes before RiceGum’s latest video went live on October 26.

RiceGum apparently found some humor in the disparity, citing Paul’s recent feature on Shane Dawson’s documentary series and his boxing match on the Logan Paul vs KSI card in late August.

“How do you do YouTube boxing and get eight Shane Dawson shoutouts and this happens? 😂😂😂,” he wrote over a screenshot of he and Jake’s respective videos. 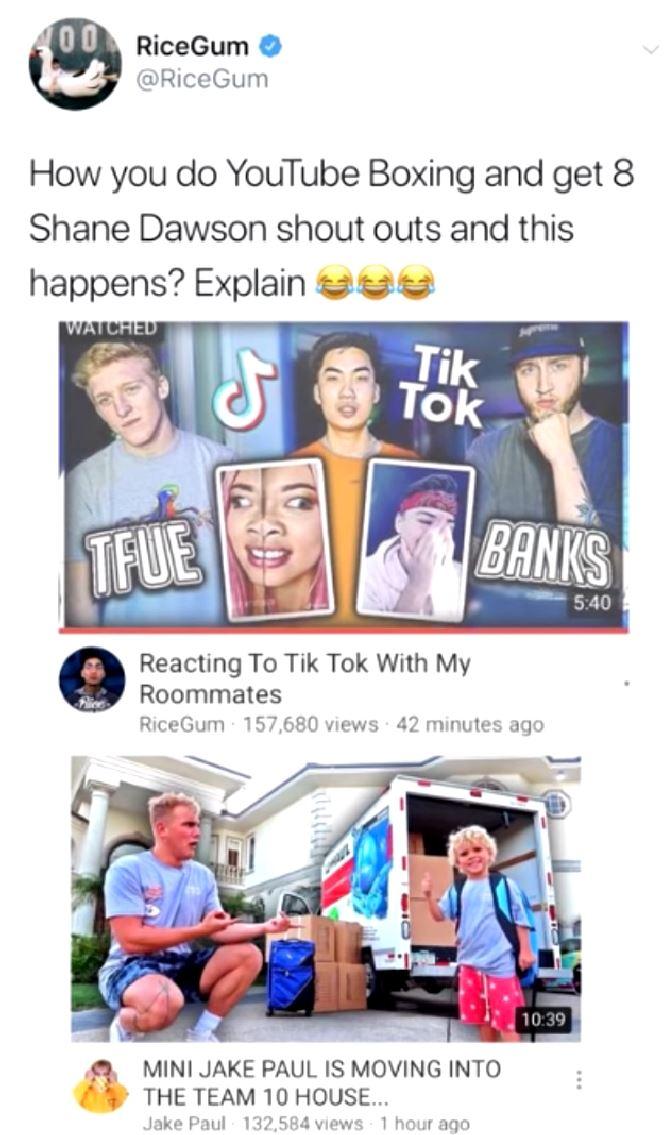 RiceGum’s video had received over 157,000 views at the time he uploaded the screenshot, while Paul’s had only gotten just over 132,000 views.

RiceGum has since deleted the Tweet in question and changed the title of his video, which now has over 2,117,000 views. Paul’s vlog is still coming in at second place, sitting at 2,041,000 views as of October 28.

However, Drama Alert host KEEMSTAR pointed out that Paul’s lack of viewership in comparison to RiceGum may not be the fault of Paul’s audience. In fact, he claimed that it might be due to YouTube itself, which has recently come under fire from multiple YouTube personalities, including the likes of H3H3 and Markiplier.

With the Logan Paul vs KSI rematch coming in early summer of 2019, RiceGum’s callout to Jake Paul could hint at the two YouTubers as potential opponents – although Paul mentioned the possibility of throwing down with an NFL player in Shane Dawson’s series.