Who is the best Call of Duty player of 2019? | Dexerto Awards

The Call of Duty 2019 competitive season was enthralling and unpredictable, with many teams having ups and downs. However, some players showed an unbelievable level of skill and consistency.

The four players nominated for the Dexerto Award for best Call of Duty player each helped their teams put in amazing displays during the season. However, there could only be one winner in our Twitter poll, and it was Optic’s Brandon ‘Dashy’ Otell who just edged Chris ‘Simp’ Lehr.

You can check out all the nominations for the best Call of Duty player of 2019 and discover why they each deserve recognition below. 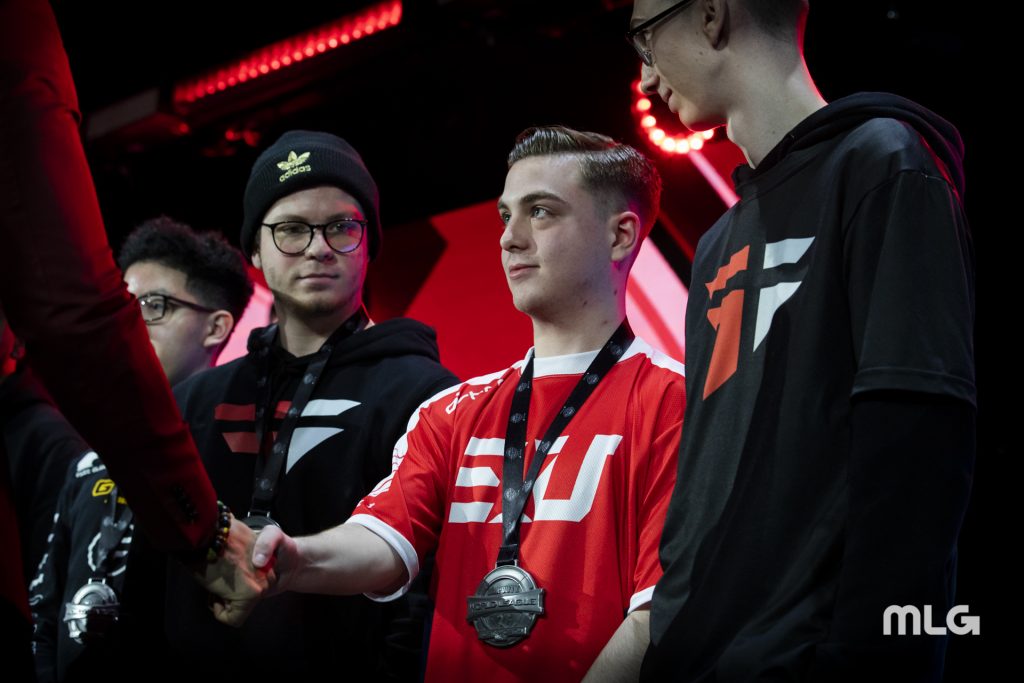 After a flurry of disappointing finishes for eUnited, rookie Simp appeared to be the missing ingredient.

When he replaced two-time world champ, Jordan ‘JKap’ Kaplan, on their starting roster in March, plenty were questioning the organization’s decision, but Simp proved himself as an all-rounder; his sniping ability rendering teams fearful of pushing certain bomb sites, while often plucking out a clutch in a seemingly impossible situation.

Lehr was recognized for his in-game feats when he took home the MVP award from the CWL Playoff Finals (1.18 K/D ratio) and Champs (1.35 K/D). After taking the scene by storm in his debut season, Simp was awarded Esports Console Rookie of the Year at the Esports Awards. 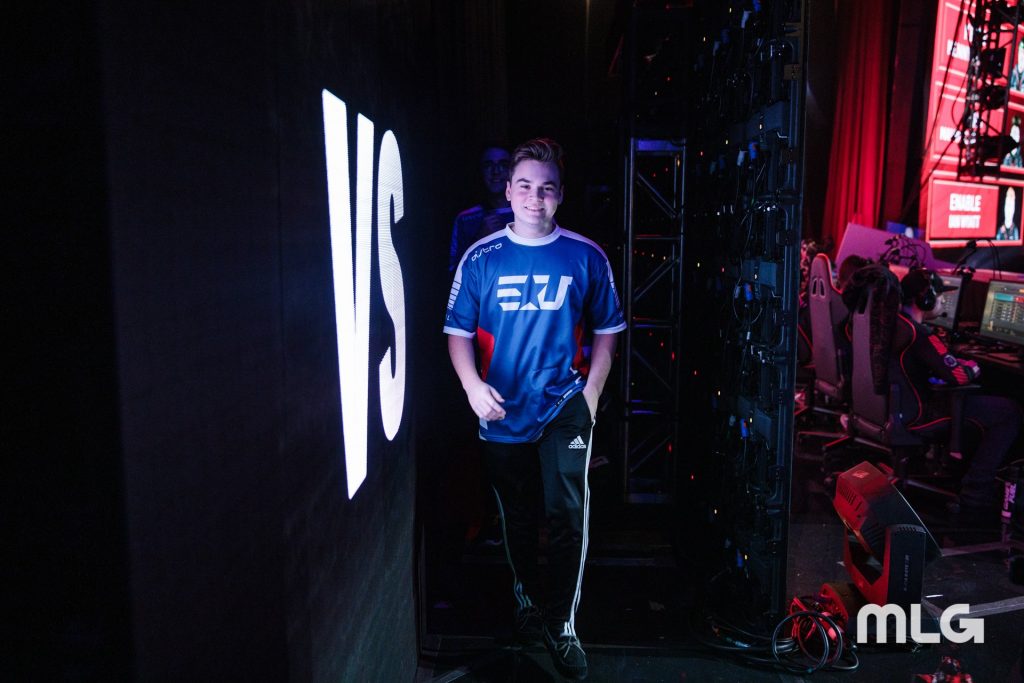 aBeZy went from an early Group Stage exit, to world champ in the space of a year.

aBeZy, Simp’s partner in crime held his own throughout his opening season during WWII, which led to a move to eUnited at the beginning of the Black Ops 4 season.

aBeZy offered a glimpse into what he could do when his side looked out for the count during a regulation Pro League match against eUnited in February. 100T mounted a comeback from 0-2 down in the series and with the odds stacked against him, Pharris single-handedly took out all four remaining opponents and defused the bomb – taking the series from Thieves’ grasp and showcasing his gung-ho proficiency.

Down in a 2v4 situation, @eUnitedgg break on through to take the final S&D and win it over @100Thieves! ? pic.twitter.com/Pxlcss7nzW

As he continued to post impressive numbers throughout the season, the youngster led the charge alongside Simp at the Playoff Finals and Champs. After running riot at Champs, Pharris ended his whirlwind season on a high note. Not only was the SMG Flex crowned a world champion, but he did so in style, with a 1.35 tournament K/D in Respawn game modes. 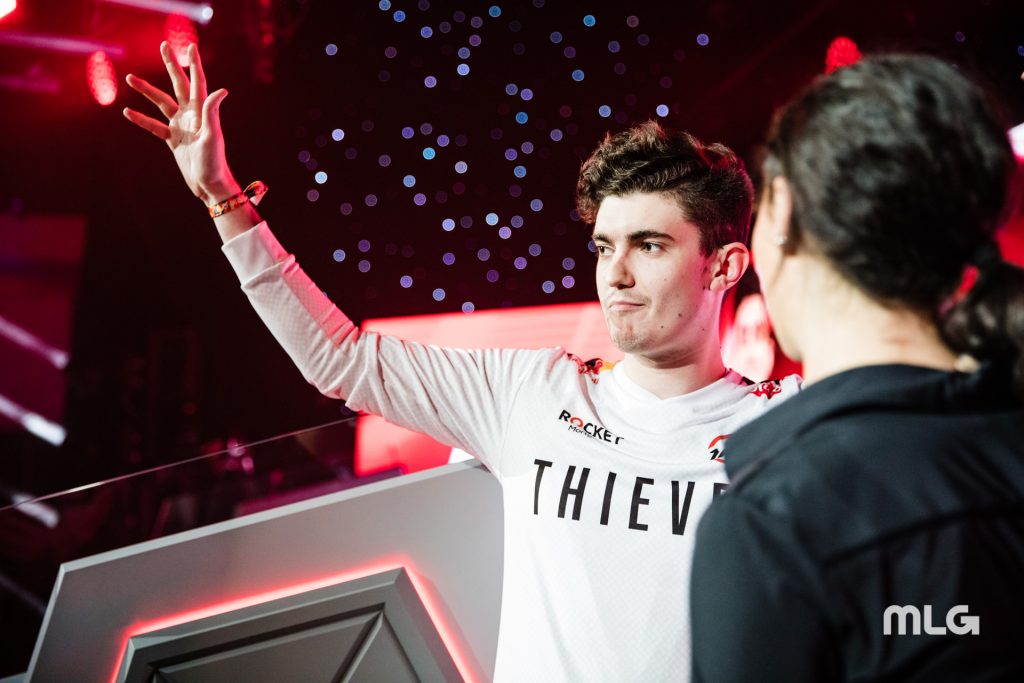 Octane’s pinpoint accuracy and in-game smarts have landed him a spot on our shortlist.

While being a dependable feature of the 100T roster, Octane also proved his worth in countless clutch situations. Most notably, his one-versus-three clutch during game five against FaZe Clan at CWL Champs. With an ICR in-hand, Larew showed that he had ice in his veins as he prevailed in the do-or-die situation and locked in the reverse sweep of FaZe.

Four seasons on from his breakout season in Advanced Warfare, Octane has matured into one of the most reliable ARs in Call of Duty, displaying great consistency when mixing it with the very best on the biggest stages.

Should ‘the human highlight reel’ have left BO4 with more accolades under his belt?

A Maddox and Dashy – was there a more iconic duo in BO4? If anyone could give Octane a run for his money with an AR, it would be Dashy, who exploits his razor-sharp aim while adopting a run-and-gun approach.

The Canadian earned MVP at CWL Vegas, where he led OpTic to their first victory with a 1.44 K/D. His Tempest clutch in the CWL Vegas Grand Finals versus eUnited – which put OpTic one map away from tournament victory – was one of the highlights of the season.

Dashy’s 49-21 Hardpoint showing against Octane and co. during Winner’s Round 2 at CWL Anaheim was perhaps one of the most commanding performances of the year, and a game-long highlight reel for spectators.

But if one clip could summarize Otell’s season, it would be his annihilation of the entire Enigma6 lineup. One Maddox magazine and four seconds later, Dashy secured control of the hill as a one-man army. He was, undoubtedly, OpTic’s star player of the season,