This “Japanese Princess” skin for the P250 in CS:GO looks flawless - Dexerto
CS:GO

This “Japanese Princess” skin for the P250 in CS:GO looks flawless

A new skin for the P250 in CS:GO was posted in the Steam Workshop on August 15 and it looks absolutely dynamite judging by the comments it’s received.

The skin, designed by dC^, colors the gun black with white and some red thrown in on the muzzle and sights.

But the centerpiece of the skin, titled “HIME”, which  means Princess is Japanese, is the female beautifully crafted with her neck emerging from the grip. It really is a work of art. Additionally, a bright filled red circle, perhaps emulating the Japanese flag, serves as some flush on the Princess’s cheek. 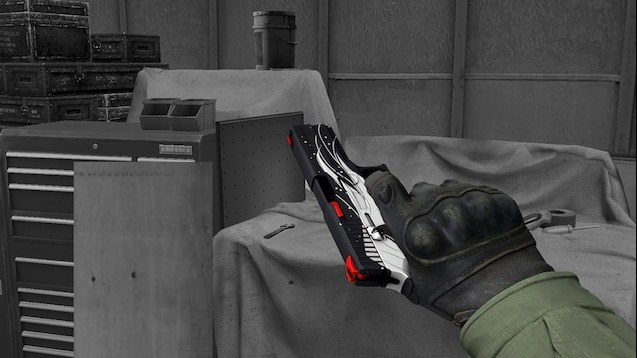 “So pretty, just like the maker of the skin,” MultiH said.

Because the weapon skin isn’t found in an official crate, you won’t be able to trade it in, not that you’d want to because it looks so cool.

In order for a skin to go live it needs to be approved by Valve moderators after recent changes to the Steam Workshop were introduced earlier in August.

According to PC Gamer, there is now a two-step moderation process. Firstly, new items will need to be verified through email to ensure they’re genuine. An email will arrive in the submitters associated inbox only 30 minutes after the item is submitted. 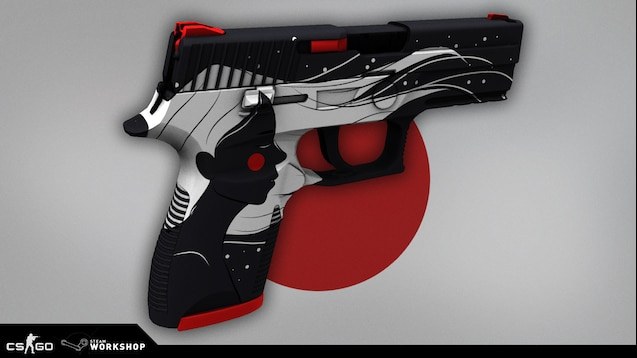 Secondly, the submission will enter a moderation queue and await approval from Valve.

There is no word yet on a priority queue for recognized workshop contributors. But if there was, someone as talented as dC^ could probably end up on that list if he/she keeps producing quality skins.

It is possible that the skin eventually makes its way into the game. Back in June, to celebrate the 20th anniversary of Counter-Strike, Valve invited workshop contributors to “create content for a themed Weapon Case and Sticker Capsule” with all items submitted eligible for future releases.