You can now play perfect replicas of CSGO maps in Minecraft - Dexerto
CS:GO

You can now play perfect replicas of CSGO maps in Minecraft

Counter-Strike: Global Offensive is one of the most popular FPS games in the world and features incredibly unique and iconic maps that are well known to those who may not have even played the game.

Some fans decided that it wasn’t enough for those maps to just be playable in CSGO, and have made some amazingly accurate remakes in Minecraft, including fan favorites like Dust2 and Nuke. 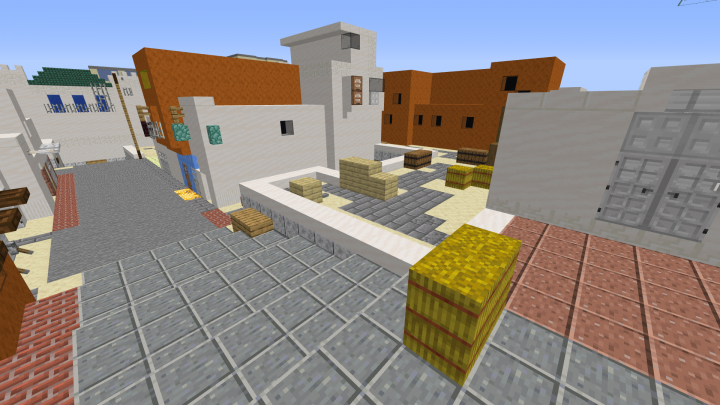 Dust2’s A-site has been accurately remade in Minecraft.
[ad name=”article2″]

Perhaps the most iconic Counter-Strike map, Dust2, was remade by CrafterKolyan. It looks very simple but is also incredibly accurate, with every detail being absolutely correct and even includes working weapons, grenades, and a bomb.

Reddit user bebetheupdateman is the mastermind behind another incredible creation, an incredible replica of the recently reworked Vertigo. He shared his creation on October 15 and instantly impressed the community by highlighting some key features of the map.

Not only are both bombsites nearly identical, the entire map is set out exactly the same and also includes all of the surrounding skyscrapers as well as the iconic yellow crane.

Vertigo in Minecraft! from r/GlobalOffensive

Another creator remade Nuke, a map which has been in the game’s competitive map pool for years. Codre put in an incredible amount of work on the map, ensuring that nothing was missed and even the tiniest details were present and in high quality. It’s very easy to see how much effort was put in and it even features some amazing lighting to give it a real Counter-Strike feel.

You can check out all of these maps on PlanetMinecraft, where content creators share their maps and allow fans to download them or provide further information on how they can be played.