CompLexity will need to make hard choices going forward if they want to be competitive in CS:GO again.

On August 25th, 2019, compLexity dropped out of the StarLadder Berlin Major Challengers Stage. coL suffered a horrific loss as they went 1-3 in the group stages with losses to AVANGAR, HellRaisers, and Greyhound. Soon after Jason Lake, the CEO of coL, tweeted his intentions to rebuild. The tweet signaled a two things. It first ended the spiral of stagnation caused from being in Major purgatory. Secondly, it has kick started a rebuilding process that coL has needed for a long time now.

Before we can get into the rebuild, we have to look at how coL got to the position before the Major. CompLexity have been trying to rebuild a competitive roster since 2015. We won’t go through all of the details, but suffice to say that all of the moves had logic behind them. CompLexity tried to make smart gambles. They tried to get leaders and rising talent for the most part. In 2018, things started to look up after they assembled a decent base after acquiring Pujan “FNS” Mehta in January. FNS left the team to join Cloud9 and soon after coL recruited Shahzeeb “ShahZaM” Khan and Peter “stanislaw” Jarguz after OpTic kicked them.

The final roster ended up being: stanislaw, ShahZaM, Rory “dephh” Jacksonm Brad “ANDROID” Fodor, and Jaccob “yay” Whiteaker. This was the squad that went to FACEIT London and made it to the playoffs of the Major. It was a brilliant run and coL’s best achievement in the last two years. Ironically, it also stalled their progress. 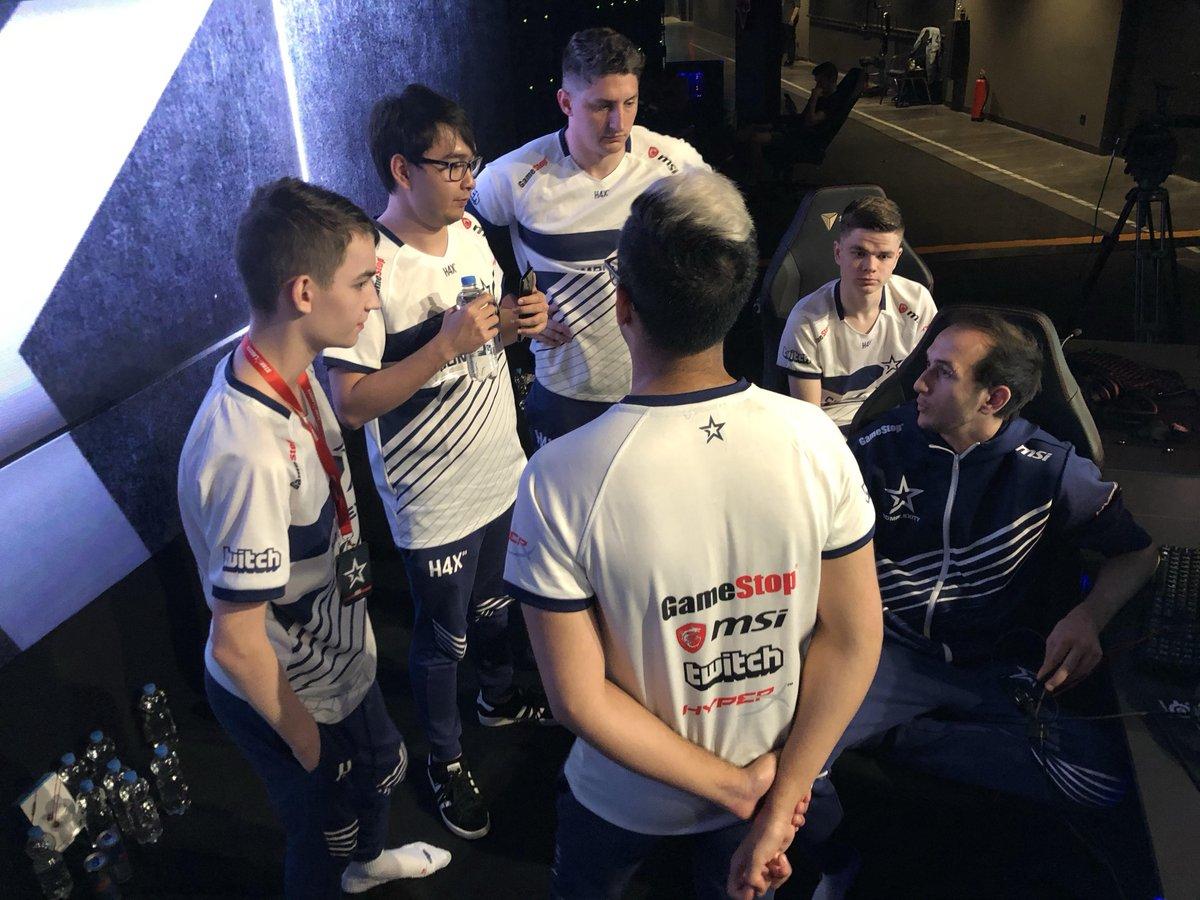 The Majors are the biggest events in the CS:GO calendar, but they are also the oddest. Their seeding system ignores what happens for the rest of the year, so it’s possible for a team to make the playoffs, be terrible for the ensuing 8 months, but keep their seed for the next Major. This style of seeding inhibits and warps team growth as roster building will be built with the Major slot in mind. Instead of trying to build the best team possible, a team will try to build a decent team that can go to the Major.

This is what happened to Cloud9 for the last year and a half. Cloud9 played musical chairs with their roster as they shuffled players in and out. The only rule they had was being just good enough to keep their Major spot. This along with Maikil “Golden” Selim’s sickness made it impossible for Cloud9 to make any kind of competitive progress. Soham “valens” Crowdhury, the coach of Cloud9, talked about that period in a HLTV interview, “This is the first time in the last 16 months or so that we weren’t bound by having a trio/roster for a Major event and to keep optimizing for a recipe that clearly wasn’t working. What we needed was a complete rebuild. Slotting in 1 or 2 players to recreate our 2017-2018 form wasn’t working.” 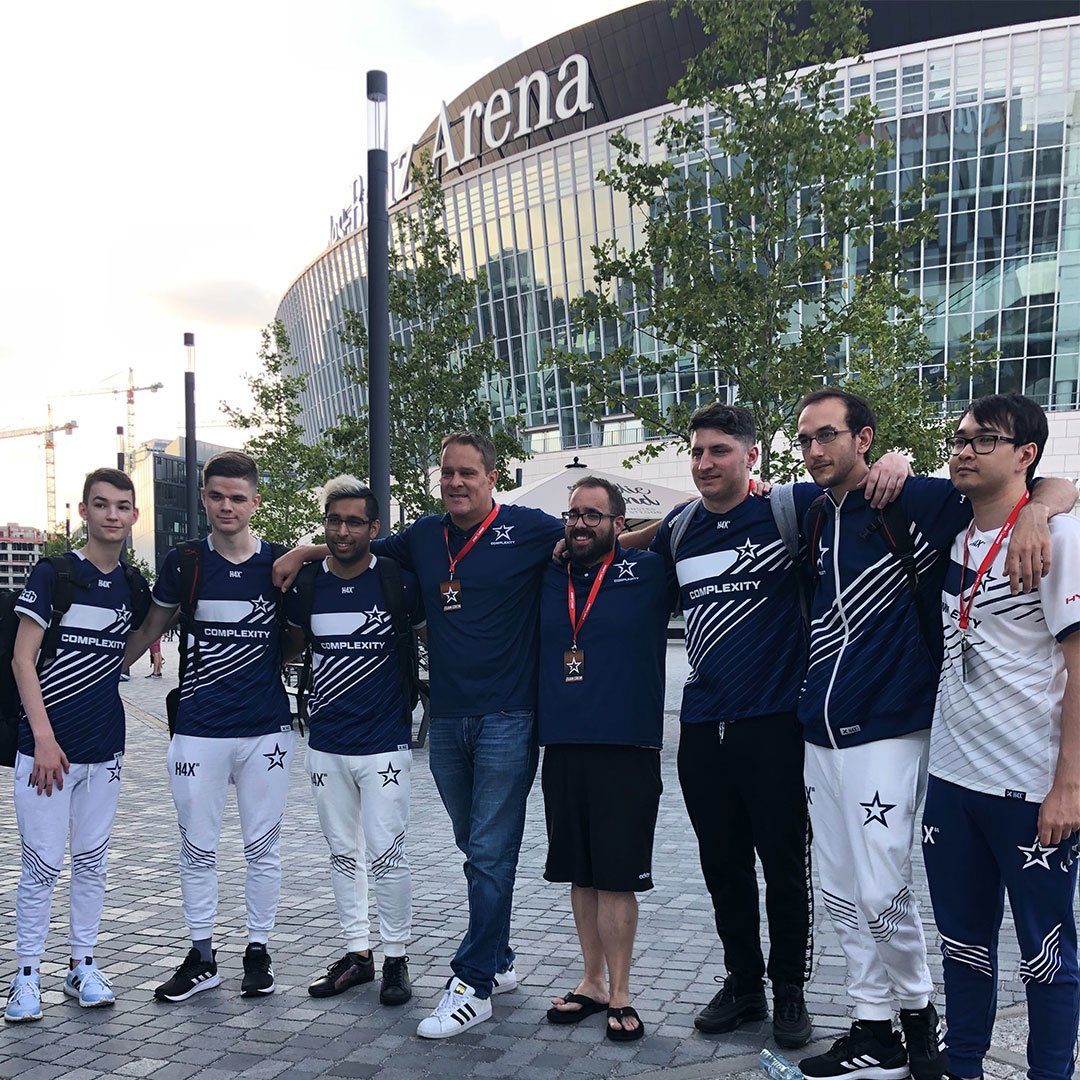 CoL fell into the exact same trap. Before they got their Major Seed, I’d argue that coL were trying to use a Damian “daps” Steele model of growth. Get some young talent and surround it with a veteran and in-game leader. Instead, they went for a different approach to accommodate for the Major.

In December 2018, coL made multiple moves. They removed coach Ronald “Rambo” Kim and benched yay and ANDROID. Soon after they signed Ricardo “Rickeh” Mulholland and had Jordan “n0thing” Gilbert stand-in. The addition of two veterans should theoretically make them a more stable and consistent roster in the short term, but there was no potential long-term growth. No young star talent that could blossom into a potential star in the future.

Another potential impetus for the move comes from an interview that Rambo did with VPEsports where he explains his removal from coL, “My idea for that particular team in that line up I felt like we needed a more structured, offensive system. And stanislaw likes more default, kind of everyone do your own thing and then play individually. But I felt like too many of our players didn’t have the experience to do that system nor at the highest level so I wanted to try more structured strats and he didn’t want any of that.”

With two potential reasons, it’s likely a combination of both reasons. Col then placed 12-14th at the IEM Katowice Major which put them in Major purgatory again. They once again needed to keep three of the five players (potentially two if they wanted to use the coach loophole) and the situation was exacerbated after stanislaw left to join NRG. Eventually coL settled on dephh, ShahZaM, Hunter “SicK” Mims, Owen “oBo” Schlatter, and Rickeh

This time around, coL got 20-22nd and while it was a bad loss, they were free from Major purgatory. After coL were eliminated, Jason Lake did his tweet of intent.

While the community reacted negatively to the statement, I thought it was a necessary move if coL wanted to become a top team. In the CS:GO space, players are the big movers in the space. They are the ones who have the most say in roster decisions and player movements. As such, orgs need to find ways to attract players. There are a number of ways to do that: salary, infrastructure, support, legacy, location, existing players, and intent.

So in order to attract players, an org must have a combination of these things. In the case of coL, they have salary, infrastructure, and support. FNS publicly tweeted that coL was the best org he ever played for and at that point FNS had played for CLG, TSM, and Cloud9. CompLexity also had some legacy, but it was too far in the distant past for it to have relevance to the modern player. In terms of location, coL’s HQ is in Texas. They benefit from having great facilities and the backing of the Dallas Cowboys, but that comes with the drawback of making it harder to attract EU talent. As Jason Lake put it,

“If fans knew the offers some EU #CSGO players have turned down (simply because of living in NA) I think they’d be shocked. At the end of the day, I respect their right to choose and wish them the best.”

In terms of existing players, coL had: dephh, ShahZaM, SicK, oBo, and Rickeh. There were some interesting ancillary pieces. ShahZaM is a better AWPer than his results imply. SicK seems to have potential, though no one seems to have found a way to consistently harness it. OBo is a young talent with huge room for growth. Overall though, these weren’t legendary names or leaders that other players wanted to play with no matter what.

All things considered, coL was a great org, they had some legacy, but they needed something else. Jason Lake’s twitter statement was that extra X-Factor. It forced coL to be a potential option for every player at the Major. It showed coL’s intent to spend their resources in acquiring player and their intent to win. Finally, it showed that Jason Lake ambition to want to win. It was a bold statement to put out there. In the modern age, people are used to milquetoast announcements wrapped in bubble wrap. This was old school passion that was likely going to get him criticism. However it also put his own skin in the game. By putting this out there, Jason Lake is betting a part of his own ego and showing his investment to winning in an actionable way that players can respect. At the very least, the statement was so loud that it at least caught everyone’s attention and at least made player’s realize that coL was serious about being competitive. 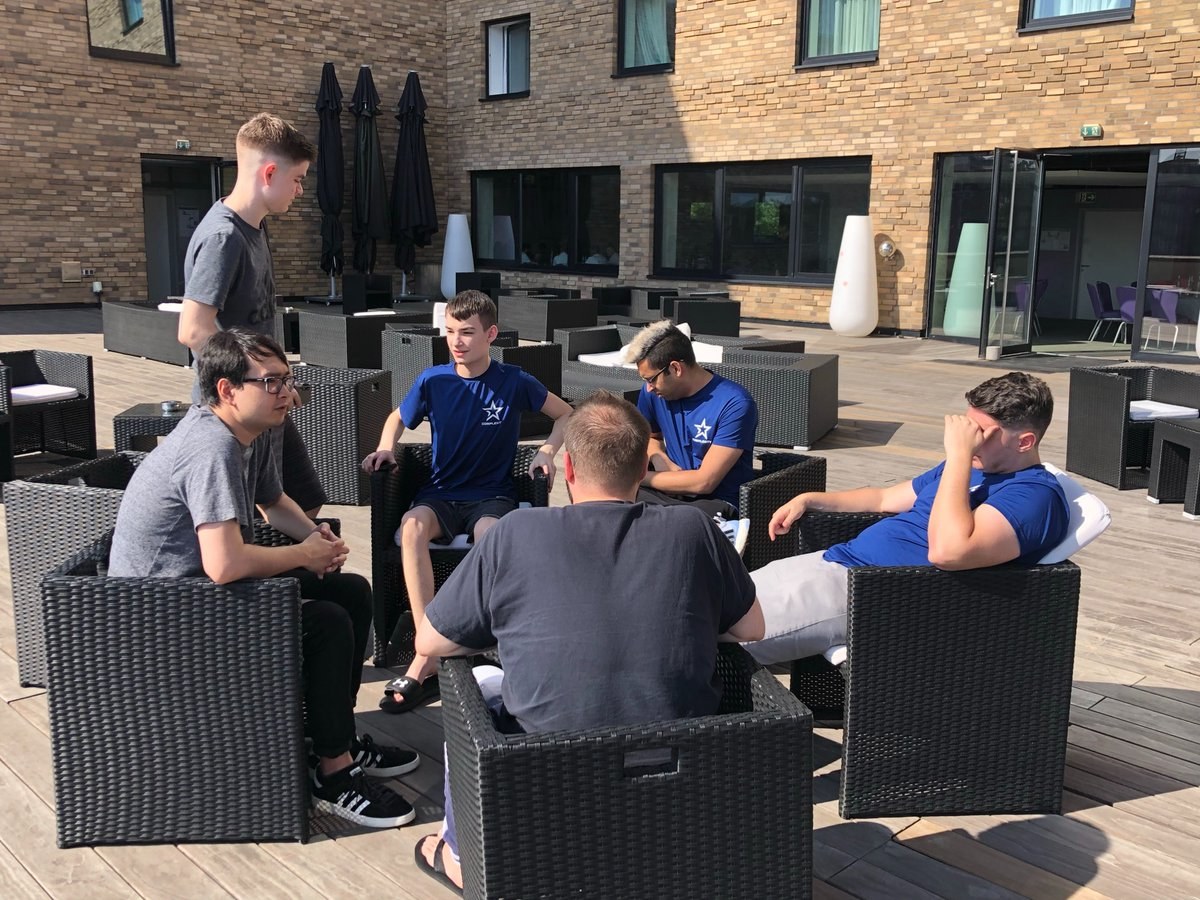 CompLexity have started the rebuilding process once again. They have once again acquired an in-game leader. Benjamin “blameF” Bremer was the fragging in-game leader of Heroic who made Heroic a darkhorse squad in Europe. Heroic were a legit team and blameF was a good player. Overall a good pick given the trajectory of his career.

The second addition was William “RUSH” Wierzba. He is a larger gamble compared to blameF as his form dropped off in the Cloud9 roster. While the form is terrible, it’s worth noting that Cloud9 could hardly be called a team at any point after Jake “Stewie2K” Yip left the team. As that’s the case, there is a chance coL can resurrect his previous form. In the position that coL are in, this seems like a decent gamble.

Overall, this is far below where Jason Lake wants to be. While blameF is a good piece, RUSH is similar to the types of pickups that compLexity have made in the past, a bet on an older veteran that could find their form again. By that metric, coL haven’t lived up to the hype of building a juggernaut.

Despite that, I’m cautiously optimistic about the coL project going forward. According to Richard Lewis report, coL offered Aleksi “Aleksib” Virolainen a 1 million dollar deal. This should send a signal to the rest of the players that Jason Lake is willing to pay shell out massive amounts of resources to secure good players. Jason Lake is backing up his talk with his actions.

While Aleksib declined this time, it doesn’t mean that the deal can’t happen sometime in the future. Right now, Aleksib has more choices as multiple orgs (like 100 Thieves) are trying to acquire teams, so it’s a player’s market right now. However if the right circumstances happen, perhaps Aleksib or another top EU player takes the move.

For now, the most crucial thing for coL is to position themselves as a viable and attractive location for EU players. This is hard as it requires the EU players don’t want to live in NA. In order to overcome that, there needs to be a larger incentive beyond money and facilities. CompLexity need to be a destination where players believe they can win.

I think there are two routes to do that. CompLexity either need to get a superstar name that people want to play with or they need to gather a group of young exciting talents similar to what Mouz and CR4ZY have done. This is going to be a long hard battle for coL as it will require a high level of resources and endurance. Most people would likely bow out of such a war of attrition, but given Jason Lake’s longevity and passion for the game, so long as they stick to this method, coL should eventually get the right circumstances and players to make this possible. 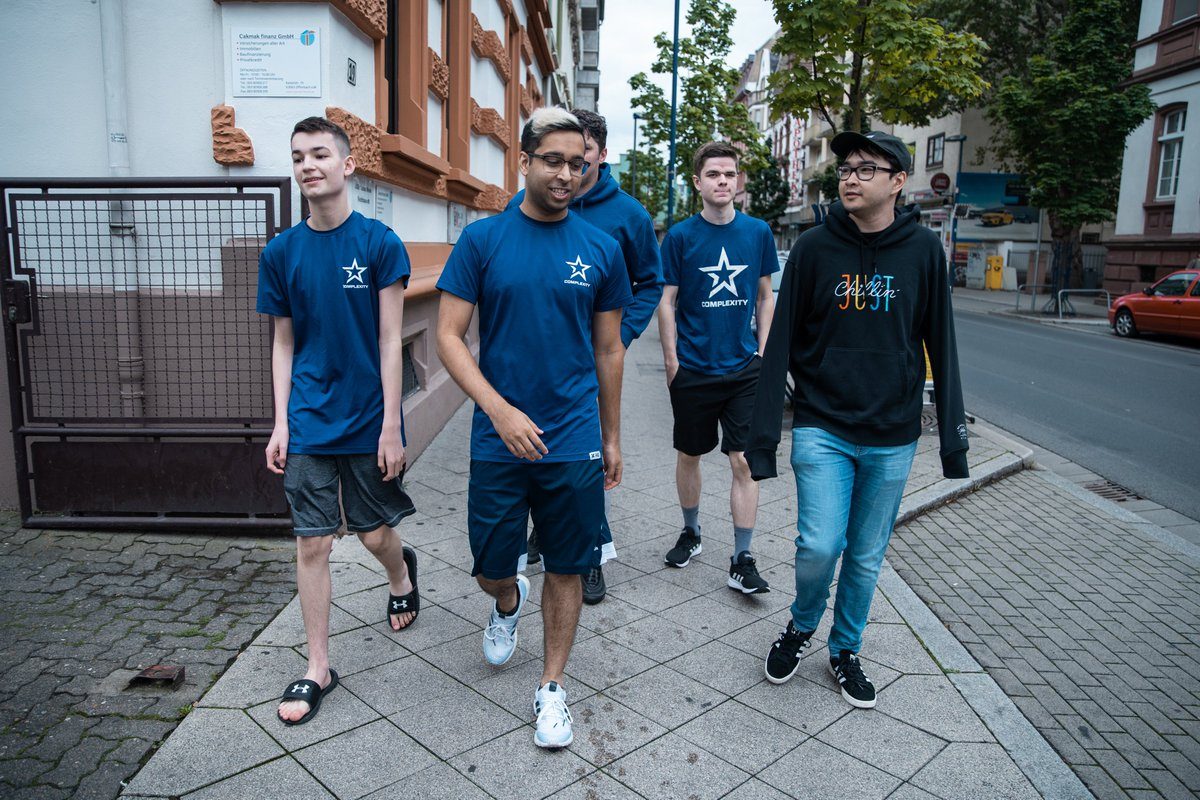 Moving Forward and Lessons from the Past

All things considered, coL are back on track. They are aggressively making choices that should make them a better team. Even so, coL’s future success is uncertain. Building a juggernaut is a long-term process. It took Liquid years before they completed their NA all-star lineup. FaZe had to tinker and mess around with their international roster for a long time in hopes that they could eventually acquire an in-game leader that could complete their squad.

In coL’s case, they will have to make hard choices. The position they are in makes it hard to quantify growth or success. You can have the wrong process and get results or have the right process and get bad results. For coL, it comes down to what lessons they’ve learned over the years. If they can, then we will look back years from now at the Jason Lake tweet as the beginning of the coL story.