Players often look to acquire new skins for their weapons in Counter-Strike: Global Offensive by buying keys and using them to open cases, which have a random camo inside for a specific weapon.

The desirable cosmetic items can even be worth money outside of the Steam marketplace, where many of the skins are traded, as certain collectors are willing to pay tens of thousands for the rarest ones. 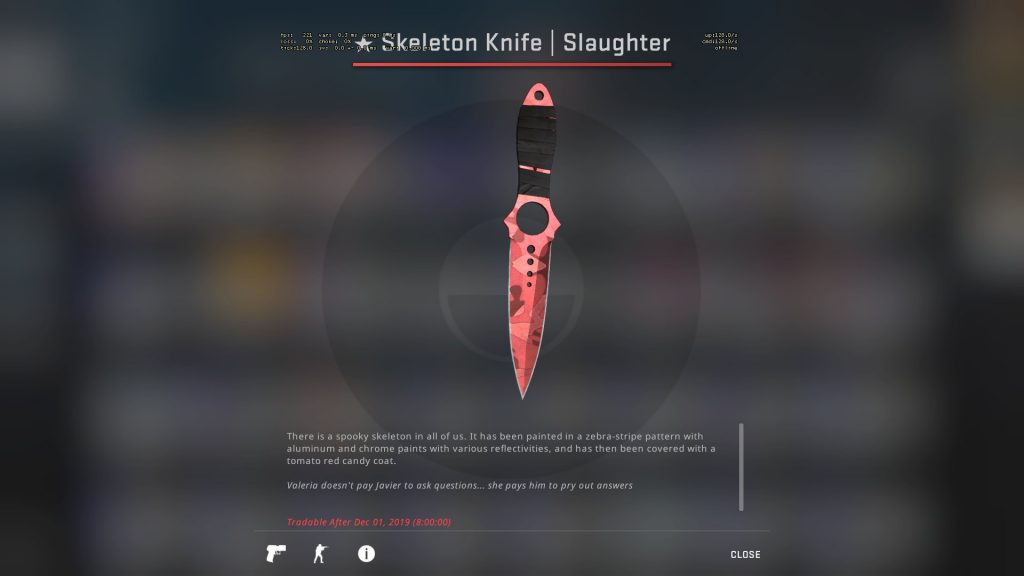 Device managed to unbox an extremely expensive knife during his first try!

The release of the newest CS:GO operation, Shattered Web, saw many players trying their luck at bagging one of the higher tiered skins ahead of everyone else.

Among them was Astralis pro, dev1ce, who managed to get extremely lucky in his first attempt at the new cases, even predicting that he was about to about unbox a knife in-game.

“Imagine if I get a knife on my account,” dev1ce told his girlfriend, before instantly landing on the gold rare special item icon, which often signifies a knife or another high tier item, after he had said it.

The pair couldn’t help but gasp in shock after they were rewarded with a Factory New Skeleton Knife – Slaughter, which is currently valued at around $1,500 on the Steam Market.

It is unknown if the Danish AWPer will choose to sell his knife for monetary gain, but, after taking home his share of the $500,000 prize pool at the BLAST Pro Global Finals, it may seem unlikely that he would need the cash.

Still, after discovering the value of the item, the pair were left in utter disbelief at just how lucky Dev1ce had been.

Regardless, the Astralis star will have plenty of time to test out his new item ahead of his upcoming tournaments which are expected to resume again after the end of the holiday season in the New Year.

Device is not the only player who enjoys unboxing a couple of CS:GO cases, as former Overwatch pro xQc also sought out some of the game’s rare special items and has even been seen opening the cases mid-match.