CompLexity Gaming’s CS:GO coach Matt ‘Warden’ Dickens has apologized, after admitting to breaking rules by pointing out an enemy during his team’s match against MiBR at the ECS S7 finals.

CompLexity upset MiBR 2-1 in their group B elimination match, in a closely contested third map on Mirage, which coL took narrowly, 16-14.

However, a moment of controversy struck in the first half, as in the 12th round, CompLexity coach Warden appeared to directly point out an opposing player, felps, on Rickeh’s screen. 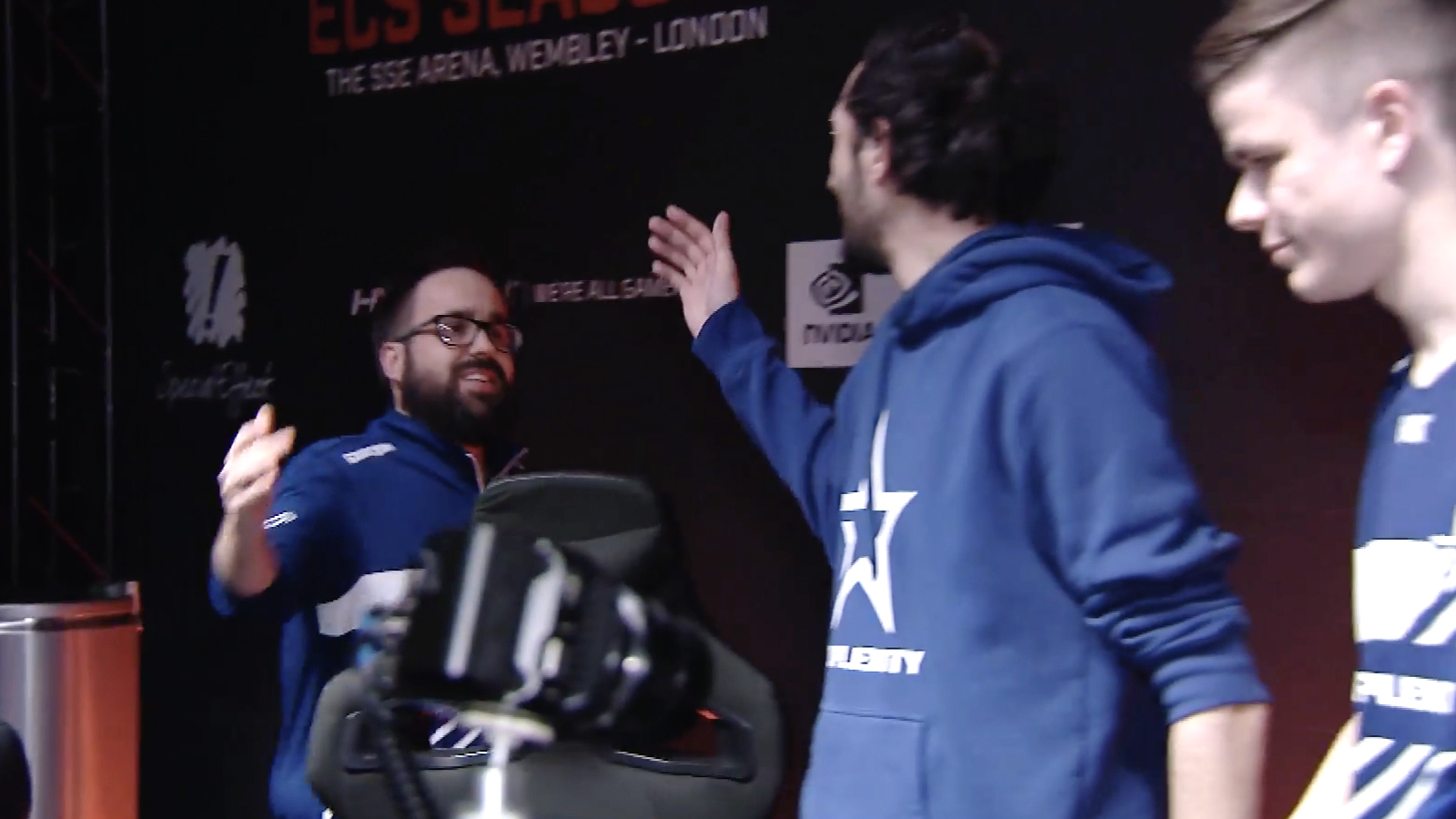 coL delivered a shock upset against MiBR, to send the Brazilian’s home.

The moment was highlighted by popular CS:GO community member DonHaci on Twitter, who explained that Warden “points [felps] out with his finger to him”, asking “is that even allowed?”

The controversial moment can be seen below, where Warden (bottom left), can clearly be seen leaning over and pointing directly on Rickeh’s monitor.

MiBR’s coach, Wilton ‘zews’ Prado was first to respond, calling out Warden on his actions, writing “not cool”, while also laying blame with the match ref’s, who should’ve have caught the incident.

Wish you were our ref @DonHaci cause someone didn't do their job. Not cool @coLWarden https://t.co/M0KWrDVyOc

At this time, Warden was coaching the team in their match against Vitality, which they lost 2-0, but at the match’s conclusion, he responded to the growing controversy over his actions in the MiBR match.

Fully admitting to his mistake, the coL coach explained that it was a “reactionary” behavior, and said that he had already apologized to zews and the MiBR squad for his error.

2/4 immediately I reacted instinctively. This particular situation has never occurred anytime in my career. I feel terrible and regret my actions but unfortunately all I can do at this point is admit my mistake and move on. I think it must be noted I wasn’t even aware of what

He went on to clarify that in the heat of the match, he wasn’t even aware of what he had done until mid-way through the match with Vitality, when the Head of the ECS warned him of the violation.

3/4 I had done until after we started our Vitality match hours later. I was warned by the head of ECS of my violation after map 1 of the Vitality match. I think the world of MIBR and their players. These are guys we have all admired throughout our careers.

Are refs to blame?

While Warden’s actions were clearly unsportsmanlike and against the rules, many have laid blame with the refs, or ‘admins’, who are responsible for ensuring such incidents don’t occur.

With coaches so passionately involved with the match itself, it’s understandable, forgivable even, that they might make such errors in the heat of the moment.

Fellow coach Chet ‘ImAPet’ Singh and North player Valdemar ‘valde’ Bjørn Vangså even highlighted that refs would spend time on their phones, rather than actually paying attention to the match, players and coaches for which they are responsible.

Our ref was constantly on his phone during our games too and thus forgot to unmute our coach in pretty much every timeout. Pretty annoying and unprofessional :/

ECS did not address the incident publicly, but given that CompLexity have now been eliminated from the ECS Season 7 finals, it’s unlikely any punishment will be exacted for Warden’s actions in the MiBR match.