Sombra has been one of the most controversial heroes since she was introduced into Overwatch in 2016, but there’s nothing up for debate when it comes to one of the best cosplays for the hacker that we’ve seen yet.

Her ability to hack other heroes and prevent them from using any abilities has been annoying non-Sombra mains from day one, but that hasn’t stopped her from being one of the most popular characters to cosplay.

Despite there being plenty of examples to draw on from the last few years, very few IRL Sombra’s are able to reach the level that the stunning cosplay from ‘foxrots_’ managed to pull off.

Sombra might seem like a simple hero to cosplay – just throw on some purple lipstick and you’re good, right? – but it’s the attention to detail that fox gave to every bit of this costume that really helps take it over the top.

The hair (which is actually a wig) looks so good we’re betting you didn’t know it wasn’t real until we told you just now, or you read the caption, either way, it looks like it could have sprouted from the head of Sombra herself.

Of course, the trademark purple lipstick is present, along with canonically-accurate eye makeup as well. Because really, what’s the point in hacking and driving the enemy team crazy if you can’t look good while doing it?

The rest of the outfit is on point as well, from Sombra’s stylish streetwear jacket to her leggings, all the way out to her pink fingertips, just waiting for an enemy to hack. 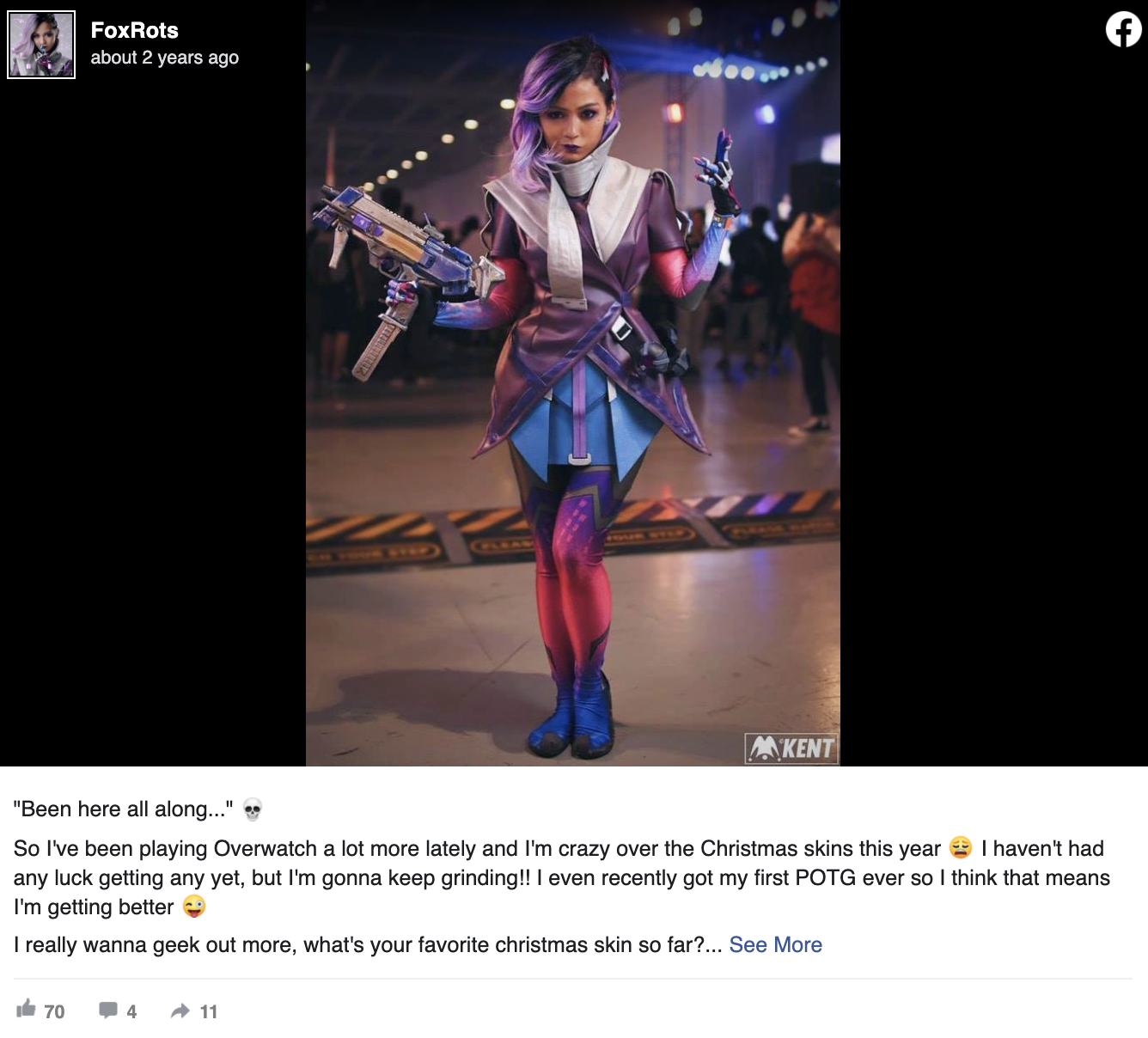 To make things even more impressive, if that’s possible, fox also made the wig, gun, and accessories herself. Even though she hasn’t played Overwatch in a while, it’s clear the cosplayer still has a soft spot for good ol’ Sombra.

Even though we’re well into the fourth year of Overwatch, fans enthusiasm for the game shows no sign of slowing down, and with news about the highly anticipated sequel coming in 2021, we just might in for another flood of cosplays, which is just fine with us.