Season four of My Hero Academia may have come to an end, but fans of the popular anime series are still showing their love for the characters and heroes who have become worldwide sensations, with one cosplayer showing off her incredible female version of Shoto Todoroki.

The son of the current number on hero Endeavour, Shoto Todoroki is one of the most talented and powerful students at U.A. High. With his incredible quirk allowing him to produce ice and fire, he has a devastating mix that has seen him dominate opponents in combat.

While My Hero follows the story of Izuku Midoriya, for many, the people he meets during his time at U.A. High School has become wildly popular, and Todoroki has become a true fan-favorite throughout the course of the anime. Fans have seen the character grow into a true hero despite his sometimes cold demeanour, and his determination to distance himself from the legacy of his father, who he spends much of the show resenting. 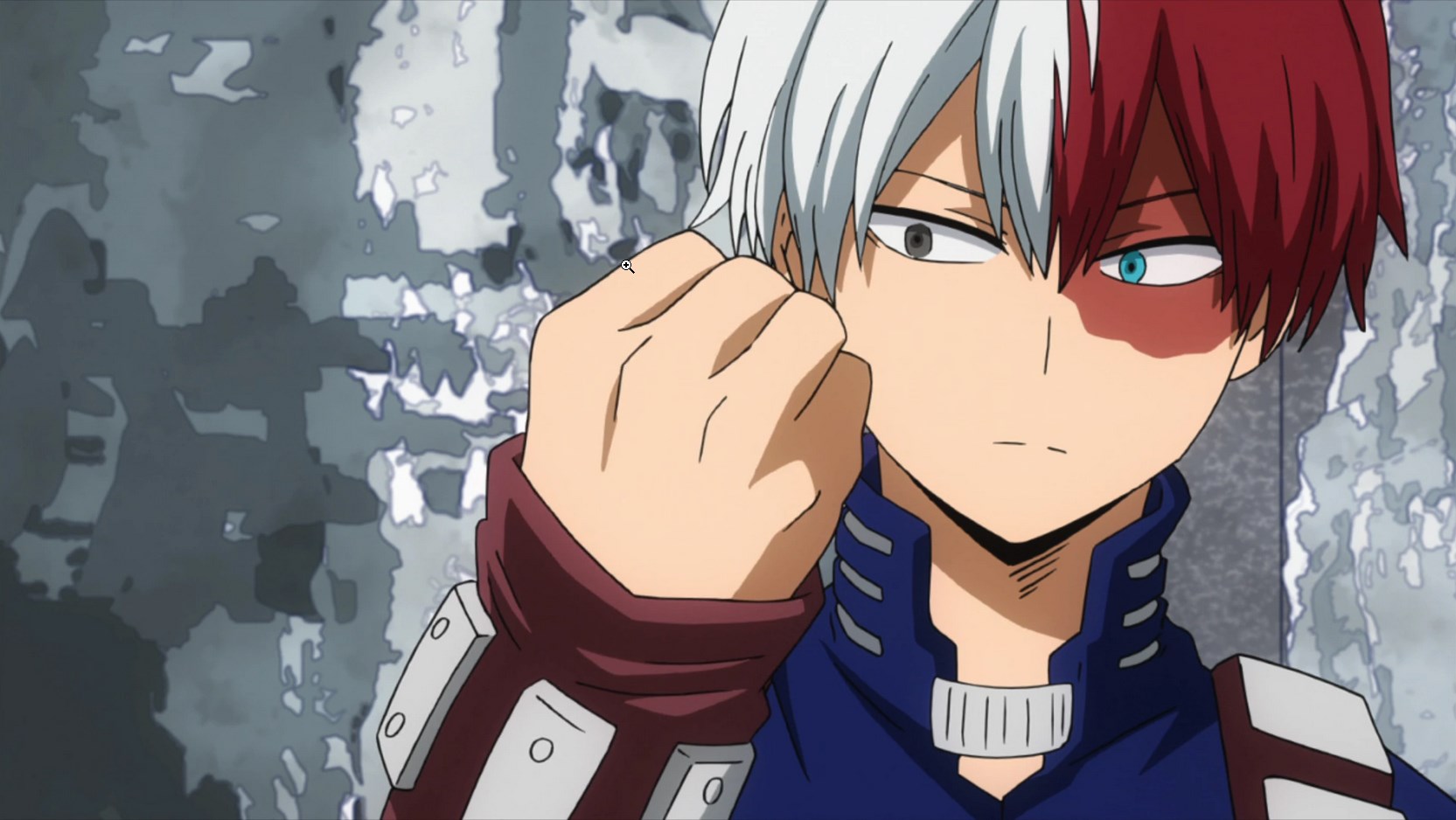 Todoroki has the ability to create both fire and ice using his quirk.

It’s no surprise that many choose to show their love for Shoto with incredible cosplays, and Instagram user ‘remains0ftheday’ has created an amazing cosplay of the hero that gives him a unique female twist, while showing off his powers in the process.

Krynn has decided to show off her take on Shoto’s battle outfit, turning his dark blue jumpsuit into a dress of the same color, and including the brown belt he wears around his waist.

Todoroki’s white and red hair has been captured perfectly, transforming into two massive ponytails that sit either side of her head, while Krynn also captured the burn mark that runs down the left side of his face.

The highlight of this cosplay is definitely the way Shoto’s powers are on display, with shards of ice spiking out of her right wrist, and flames from her left, perfectly capturing Todoroki’s powerful abilities.

My Hero Academia started as a manga back in 2014, but the anime adaptation saw it become a smash hit worldwide and become one of the most-watched anime in the world, with both the subtitled and dubbed versions drawing in viewers from around the planet.

The fourth series has officially finished in Japan, however, the dubbed version with English speakers is a few episodes behind, with just a few episodes left in the current season.