EVs are all the rage at the moment. From Tesla to Porsche, almost all major manufacturers are implementing EV or hybrid technology into their vehicles. Newcomer Lucid is looking to take on the big guns, and in spectacular fashion.

There’s nothing like an old-fashioned ‘call-out’ video to set hearts racing, and that’s exactly what newcomer electric vehicle (EV) manufacturer Lucid has done on their Twitter account.

Having smashed Tesla’s lap record for four-door sedans around the Laguna Seca track earlier in September 2020, they are now coming for both Tesla and Porsche in their latest challenge. 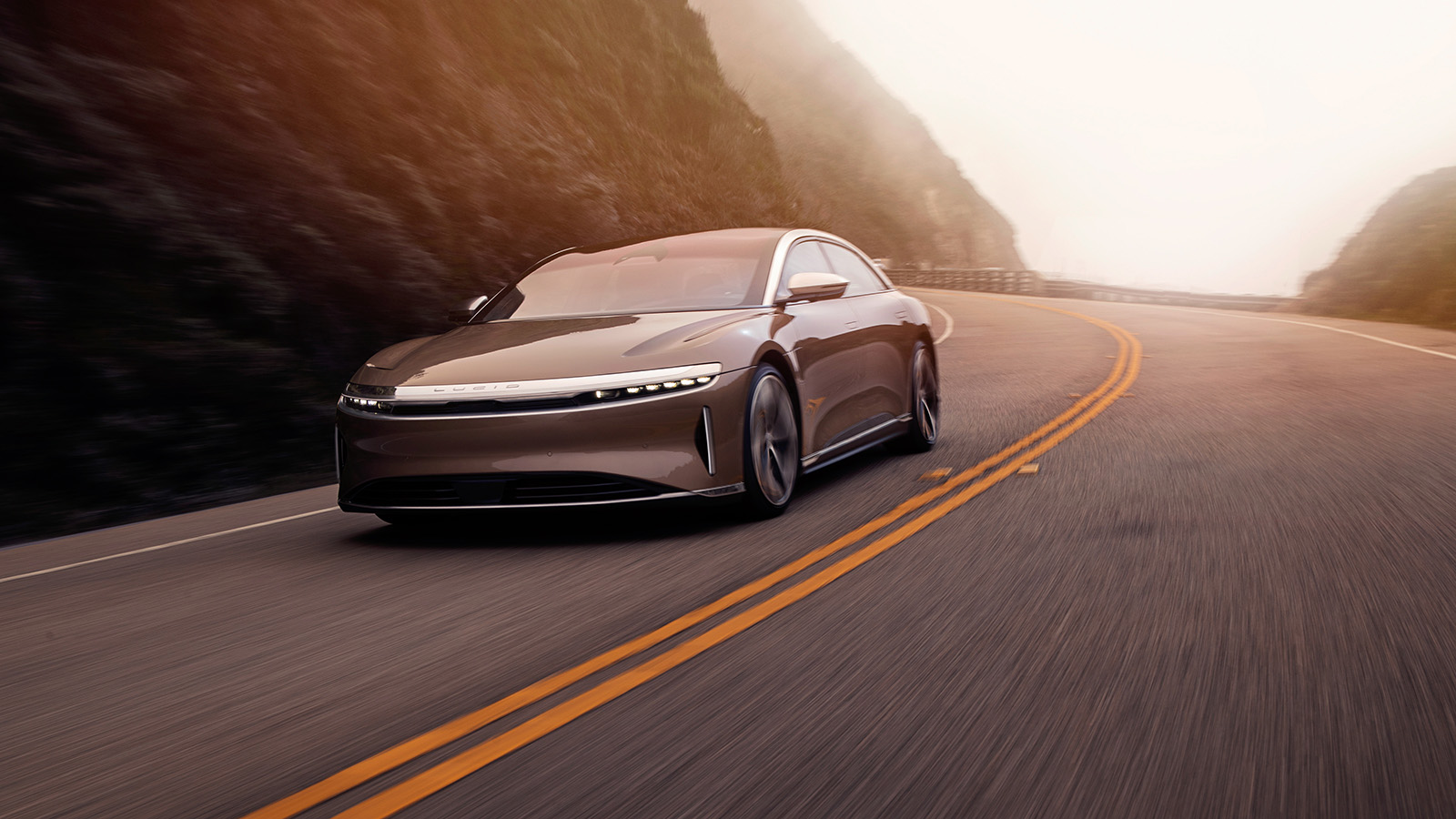 Lucid looks set to beat Tesla at their own game with the ‘Air’, taking down the Porsche Taycan at the same time.

Having proven itself in the quarter-mile, this is familiar ground for the Lucid Air. Posting a 9.9-second quarter-mile time, the Air is the only car out of itself, the Model S, and the Taycan that can manage a sub-ten second time.

Evidently seeing the 9.9 second time as ‘too easy’ to beat, Lucid went back and smashed their own record with the tri-motor variant of the Air sedan. Managing an incredible 9.3-second pass, it puts the Air leagues ahead of any competition.

The tweet itself takes aim at the Porsche Taycan. Currently seen as the best all-rounder from the current ‘super’ EV crop, Lucid is clearly looking to claim the crown for themselves.

What’s quicker than quick? Check back on September 24 to see #LucidAir answer the question. pic.twitter.com/2WH6qoWs2J

With the teaser video showing the tri-motor Air lined up next to a Taycan, the video goes on to show both cars screaming down the track. Being a teaser video, there are a number of jump-cuts, but there are a few major features to pick up on.

The video is titled “what’s faster than fast?” Perhaps this will be the official confirmation of the tri-motors time, which is backed up by a clock graphic counting down from 9.9 seconds.

Interestingly there is a scene that appears to show the Taycan in the left lane pulling ahead of the Air. We do know that the standard Air is faster in a straight line, so this could just be to build suspense.

Whatever the case, all will be revealed by Lucid on September 24.