Team Envy's Apathy: from the brink of retirement to becoming a 2x World Champion - Dexerto
Call of Duty

Team Envy’s Apathy: from the brink of retirement to becoming a 2x World Champion

Reigning world champion, Bryan ‘Apathy’ Zhelyazkov, has shared an insight into how he nearly quit competitive Call of Duty and how he managed to bring it back.

Succeeding in competitive esports is no easy task, even for well-known players who many believe are at the top of their game, like Envy’s Apathy.

He may have just won the CWL Championship with Evil Geniuses – his second world championship – but only three years ago he was considering leaving the competitive Call of Duty world altogether.

It may be hard to believe considering his recent performance, but Apathy has admitted that before Black Ops III was released in 2015, he was struggling financially and was weighing up whether to give up on esports if his placings did not improve.

During Advanced Warfare, he struggled to achieve high results, with a number of 9-12 placings at LAN events throughout the year, and a 13-16 finish at the MLG World Finals 2015, with Team Kaliber.

Despite those results and his situation, Apathy chose to dedicate his time to improving and being the best he could be.

I remember before Black Ops 3 came out I was pretty much broke & at the brink of quitting if things didnt get better. I decided to devote all my time into being the best & was letting nothing stop me. All types of sacrifices were made. I’m truly blessed to be where I am now

His hard work paid off with several top-place finishes on Black Ops III, including the biggest tournament of the year, the CWL Championship 2016 under Team Envy.

Apathy said that he had chosen to share this because he was grateful for where he was, as well as the hard work he has put in, and also wanted to remind others not to give up when they may be struggling.

The reason I’m tweeting this is because 1. I always think about that time and I’m just grateful to be where I’m at now. Don’t get wrong, I worked my ass off for it but still it’s a blessing. 2. I get tweets here and there about it and it is crazy to think about. Never give up

In 2016, he continued with Team Envy in the Infinite Warfare season, where despite another up and down season (including his tied lowest placing ever, top 24 at CWL Anaheim), he ended it on a high, finishing 2nd at both the Stage 2 playoffs, and the World Championship. 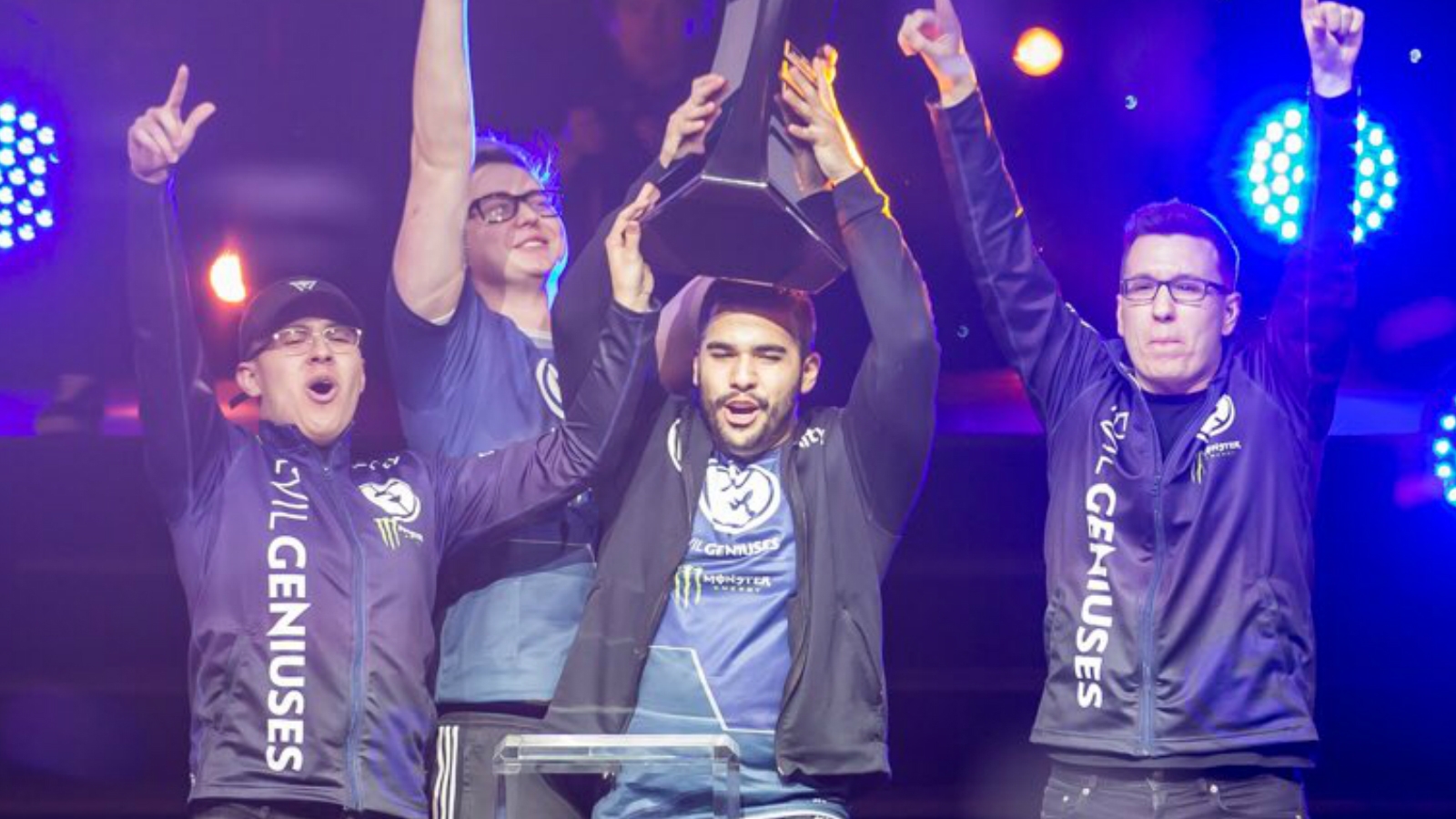 Apathy has been in the grand final of the World Championship 3 years in a row – winning twice.

And it was a similar story last season, as a rollercoaster of a year yet again ended on a high with his second world championship ring, making him one of only five players to win two or more rings.

He went on to share some advice with others, saying it was clear in his own performance which games he had put more time into and which he had not, and that hard work really does pay off. 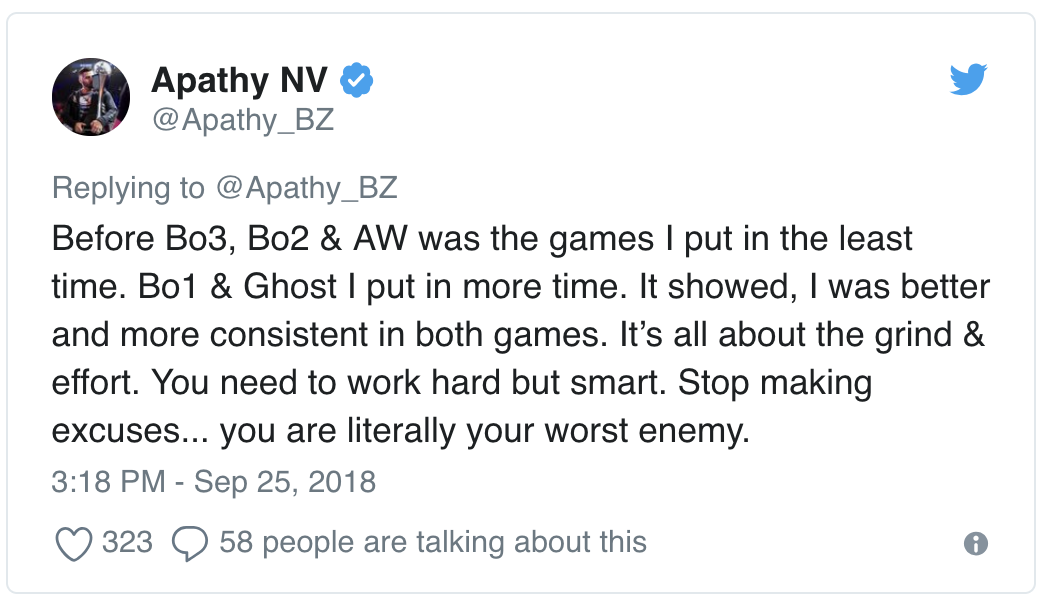 Black Ops III was arguably Apathy’s best competitive season so far, and he finished strong in WWII, so could we see him continue his world champion form into Treyarch’s upcoming title and top his previous performance?

He has now returned to Envy, along with the rest of the former EG roster, and will have his focus firmly placed on securing more championships for the boys in blue.