Popular Call of Duty YouTuber James Spratt has announced that he’s decided to part ways with OpTic Gaming two years after he joined the Green Wall.

To say it has been a tumultuous time for the content creation side of OpTic Gaming would be a heavy understatement, as numerous prominent and longtime members have left the organization over the past few weeks and months.

On August 13, Spratt became the latest to part ways with the Green Wall, citing the org’s recent changes as the main reason for his decision.

“After a roller coaster of a journey, I have decided to leave OpTic Gaming,” he tweeted. “These last two years have been filled with amazing experiences and adventures, which I wouldn’t trade for the world. Thank you to the Green Wall for the memories, you all made me feel so welcomed.”

“I joined OpTic at a very obscure point in its timeline, but still went to into it with passion and confidence. But change happened, which affected OpTic, the members and its viewers in more ways than one. With the future looking unclear, it is time for me to move on.”

I joined OpTic at a very obscure point in its timeline, but still went into it with passion and confidence.

But change happened, which affected OpTic, the members and its viewers.. in more ways than one. With the future looking unclear, it is time for me to move on :green_heart:

“In the past few months, we got new management,” he said. “Infinite decided to sell everything they owned, and Immortals have taken over. OpTic, alongside many of the things they’ve owned before, slowly started to change again in another direction, and seeing how things have gone behind the scenes, and seeing how things could go in the future, that’s why I decided to part ways with the team.

One of the most well-known YouTubers in the Call of Duty community, Spratt joined OpTic in August of 2017, following a surprise departure from FaZe Clan, of which he had been a member of during his rise to prominence.

Midway through his tenure with the Green Wall, he announced that he would be heading back to his home country of England on a permanent basis, which he now says may have played a role in his decision to part ways.

“It was still horrible to know that I felt a little disconnected from the team, from the guys out there,” he explained. “And I think that it was another factor to my decision. Being in England, on my lonesome, being away from everyone else on the team, it did take a toll on me.” 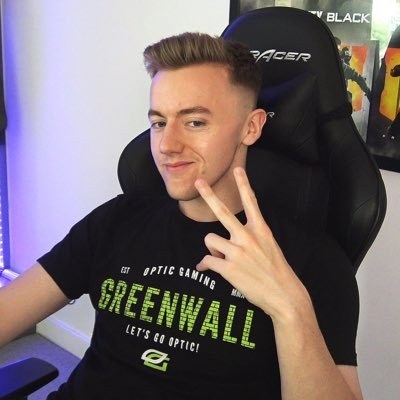 As for his immediate future, Spratt has revealed that he has no plans on joining any teams or organizations, opting to take on content creation solo.

“I’m no longer a part of a team, I’m a solo creator, a lone wolf,” he said. “I don’t have any plans at the moment to join another organization. I just want to be known as Spratt for a while, or maybe Spratty, we’ll bring back the original nickname, I don’t know.”