In a new YouTube video, Glassel revealed that everything just fell into her lap after moving back to Minnesota to be with her family.

MiDNiTE said that shortly after she came back home, the Wilfs, who own the Minnesota Vikings, of which she is a fan, started WISE Ventures Esports and their first investment is this Call of Duty team.

“As soon as I heard about the Call of Duty team investment here in Minnesota, I was instantly obviously interested,” she explained. “My two favorite things: Call of Duty, Minnesota Vikings… esports, it just makes sense.”

Ashley, who spent ten years with OpTic stated that her first few meetings with Minnesota Call of Duty went well and they explained their mission statement to her.

“Going forward I will be working very closely with the Minnesota Call of Duty team,” she said. “I can’t say the team name. I can’t say too much other information that has not been announced yet, but I am ecstatic to begin working with them.” 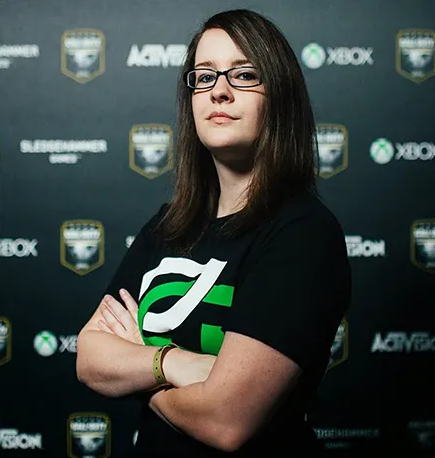 “They’re new to the space. They’re new to Call of Duty… they maybe don’t have the same advantage of another team who has already been in Call of Duty and they just bought a league spot so it’s an easy transition. They’re new, but that doesn’t necessarily mean they’re not going to be impactful right away. I think that’s why they wanted to work with me and why I want to work with them.”

The long-time content creator then went into detail about what she’d be doing with the team. “I think I can help them in a multitude of areas. Whether it’s helping with the players at first, whether it’s building this super awesome HQ that we’re going to have eventually, content obviously my strong point… social media, these are all things I’m experienced in within the Call of Duty esports realm.”

Pumped to welcome @MiDNiTEMN to the our crew! She’ll be part of the core team working to launch the new org. https://t.co/pffEEsrVZ6

Glassel joined OpTic 10 years ago and was the first female content creator to be part of the Green Wall. Her popular YouTube channel has amassed nearly 650K subscribers.

The Minnesota Call of Duty franchise will start competing in the new league in 2020.