In a tweet that has since been deleted, Vonderhaar wrote to MLG requesting them to set up a ‘Blackout Invitational showcase match,’ with him as a guest commentator.

The tweet was sent out on August 21, but deleted almost immediately thereafter.

However, prior to being deleted, it was seen by numerous people, including popular OpTic Gaming YouTuber ‘Pamaj,’ who seemed excited by Vonderhaar’s idea.

“@mlg @Treyarch Blackout invitational showcase match with me as guest commentator at regionals. Let’s do it.” 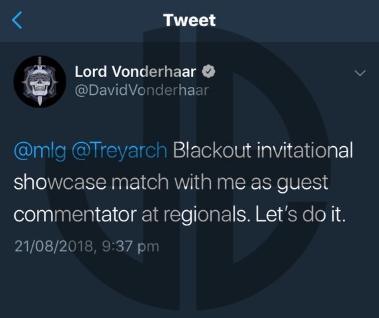 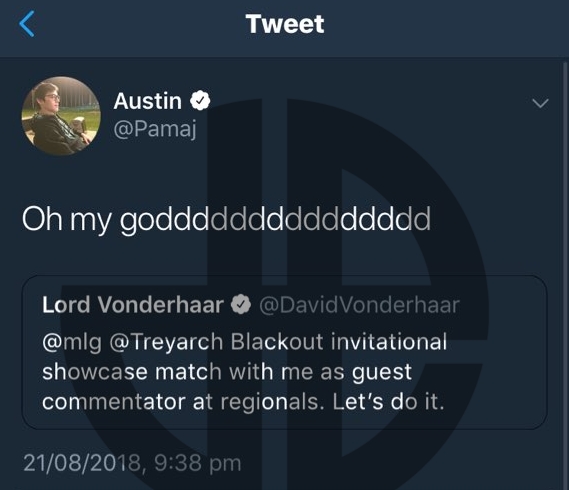 It is not yet clear as to why the tweet was deleted, although knowing Vonderhaar’s skillful ability to tease things on social media, this may all have been by design.

Regardless, this news is sure to bring excitement into the CoD community, with many hoping that Blackout will eventually enter the world of esports.

With Black Ops 4 set to be the competitive title of the upcoming Call of Duty World League season, many have debated as to whether Blackout will have any space or marketability in esports.

However, Vonderhaar’s position in that debate is quite clear, and although MLG has not formally been involved with managing any battle royale esports events, they would likely be the primary candidates to handle Blackout esports.