CoD Warzone easter eggs & secret locations you might not know about

One of the most interesting aspects of the Warzone map (other than the fact that it’s massive) is that it contains some easter eggs and secret locations that are more than what they may seem on the outset.

Many of the locations pay homage to past titles from the Modern Warfare series, including maps from multiplayer, campaigns, and even Zombies.

Below, you can find a guide on all of these points of interest on the map, as well as some easter eggs that have been discovered since launch.

When Warzone was first teased in the Modern Warfare Season 2 trailer, many believed that the burning plane shown at the end was the iconic Terminal map from MW2.

Turns out that the airport area isn’t actually the map, but rather a totally different design and layout. That said, the broken airplane is a pretty similar recreation of the one found in the Mile High mission from Call of Duty 4. 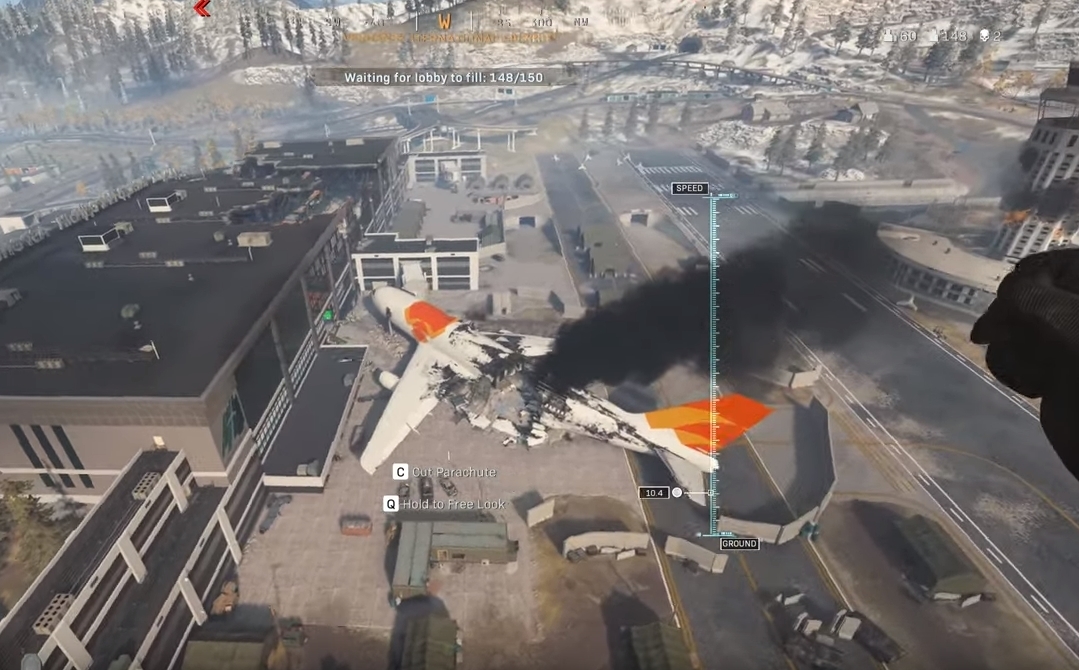 The airport in Warzone is not the Terminal map from MW2 that many expected.

One of the smallest maps from CoD 4, Killhouse, makes an appearance on the Warzone map, located near that same airport.

The layout of the area is identical to the map, with the same ledges, elevated platforms, and targets. The only major difference is that there is no roof, but rather walls that enclose the location and separate it from its surroundings.

It’s probably not the safest and best place to land, however, since those walls can trap you inside and the loot might not be worth taking that sort of risk to obtain. 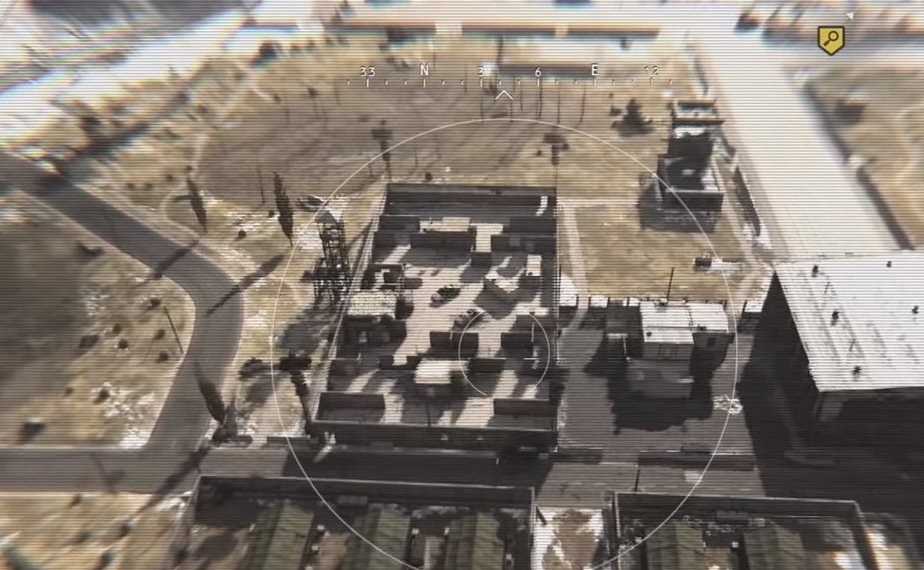 Killhouse was recreated on the Warzone map.

Broadcast is another well-known map from CoD 4 that’s been recreated in Warzone, and it’s actually become one of the hottest drops in the battle royale due to its location and loot.

Other than the lighting and coloring, which have been drastically improved from the original version, the map is pretty much identical, featuring the same rooms and areas that you could visit in multiplayer. 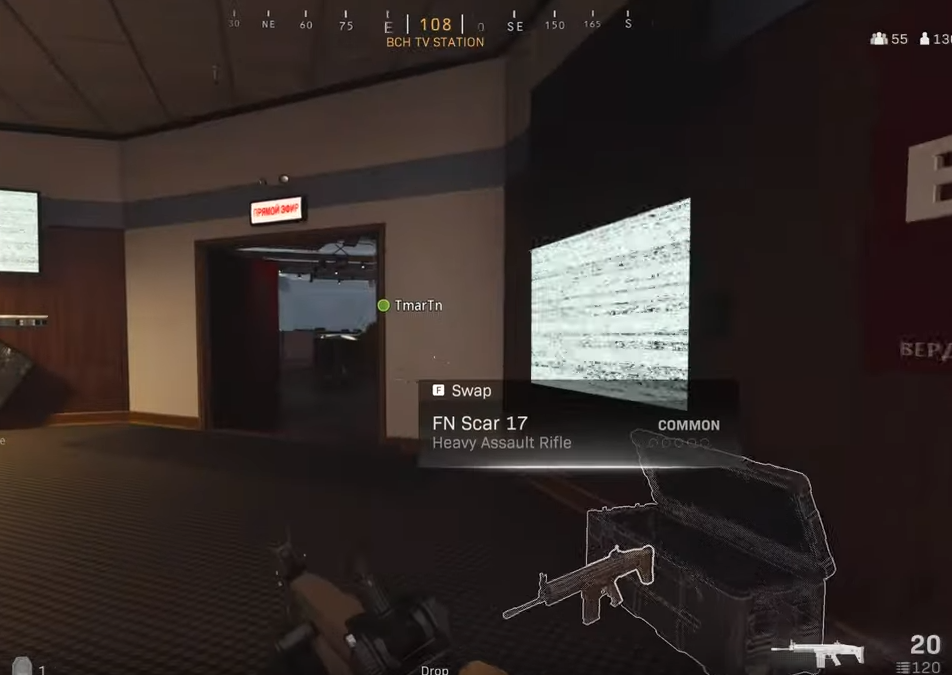 The recreation of Broadcast has become a hot drop in Warzone.

Fans of the Modern Warfare series will recognize Burger Town, which was the in-game fast food joint featured in both the campaign and multiplayer of Modern Warfare 2 and 3, as well as a Zombies map in Advanced Warfare.

There are several of these restaurants scattered around the map, and much like the MW3 version, the signs for it are written in Russian.

There’s a main Burger Town location that’s modeled after the establishment from the past games, while the others are just smaller mockups whose layouts do not resemble the original’s. 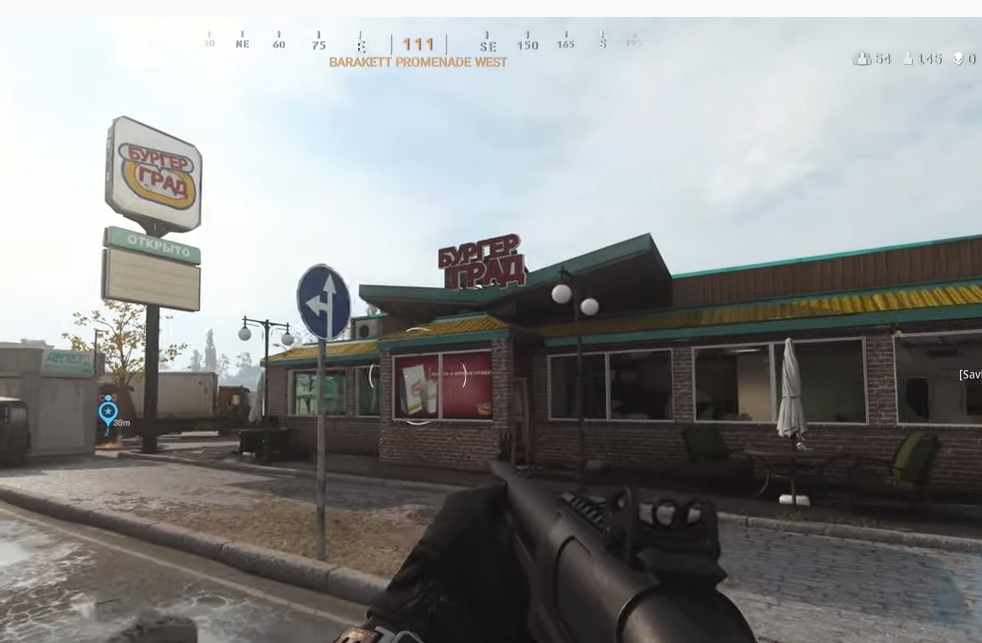 You can find several Burger Towns on the Warzone map.

Now that we have the classic CoD map recreations in Warzone out of the way, let’s look at some of the interesting easter eggs that can be found on the battle royale map.

The Gulag, of course, is where players go after the first time they’ve been killed in Warzone – and for each two that are sent down there, one of them gets to respawn back into the game.

Interestingly enough, this area can actually be accessed on the actual BR map, as well: If you go to the side of Prison at ground level, there’s a large sewage pipe that you can climb into to access the 1v1 zone. The Gulag can actually be accessed on the Warzone map via the sewage pipe to the side of Prison.

There’s a military-style bunker located to the east of the Stadium that features a locked area, which can seemingly only be accessed via a keypad.

You can find this easter egg by going all the way down to the basement level of the bunker, and when you get close to the keypad, a command prompt will pop up that allows you to try and enter the code.

Currently, no one has been able to figure out the secret code or what’s hidden behind the locked doors – but the fact that this exist points to Infinity Ward potentially keeping something up their sleeve for the near future. 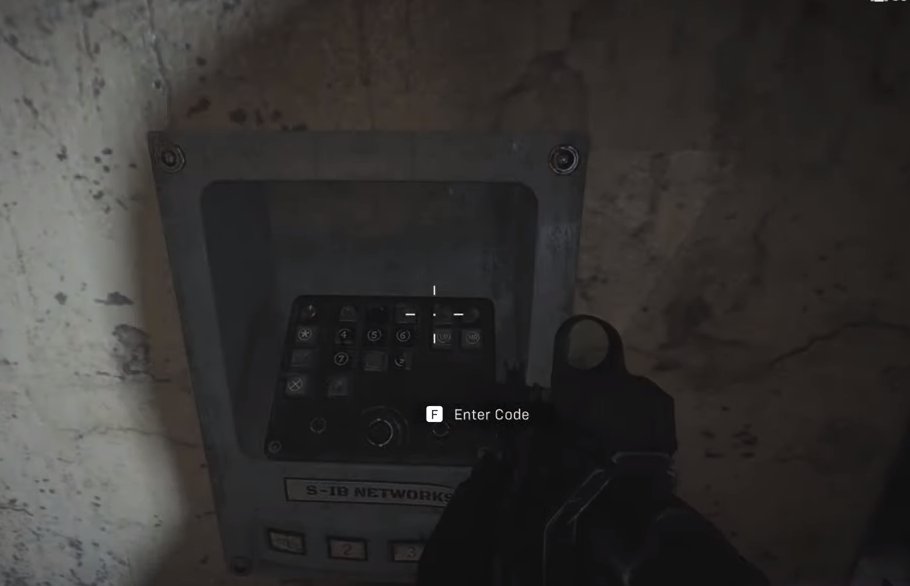 Only the correct code will unlock these hidden areas in Warzone

Located at various points of interest on the map are telephones and computers that you can actually answer and interact with.

Much like the keypad shown above, some computers allow you to try and enter a password when you get close, although that’s another secret players haven’t figured out yet.

The video below, courtesy of popular Call of Duty YouTuber Drift0r, contains a full visual guide on all these locations, easter eggs, and more.

If you find any additional secrets on the BR map, make sure to send them to us on Twitter @DexertoINTEL, and it maybe featured in our next guide.

Warzone is currently available to play for free on PlayStation 4, Xbox One, and PC, even if you don’t own the full Modern Warfare game.