Call of Duty: Black Ops 4’s Alcatraz mode was one of its most popular complements to Blackout battle royale and now leakers have discovered that the prison map could also be coming to Warzone.

Based on datamined files, a few prominent leakers are alleging that elements of Black Ops 4’s Alcatraz map have been added to Warzone. Those elements include the names of locations that were made popular in the second Blackout map.

While the addition of these assets to the game’s files doesn’t mean a new Alcatraz mode is coming right now, it does coincide with earlier rumors and suggests that the map will be joining the game, possibly in Season 6.

Okay, just heard a new rumour that Alcatraz is apparently in the Warzone files…
https://t.co/f2DT832KtD

As shown by dataminer ‘Nanikos,’ memorable Alcatraz locations like “Cell House” and “Parade Grounds” have been added. Interestingly, well-known leaker ‘TheGamingRevolution’ confirms that these files were “recently added” so they are unlikely to be leftover from Blackout and, instead, signify the map’s return.

In Blackout, the Alcatraz Portal Quads mode included just 10 squads of four players and featured round-based re-deployments and Weapon Wallbuys, as were made popular in CoD’s Zombies modes.

Essentially, it was a combination of the BR and Zombies, allowing players to respawn a certain number of times but also constantly putting them under threat of attack not just by enemies, but also the living dead. 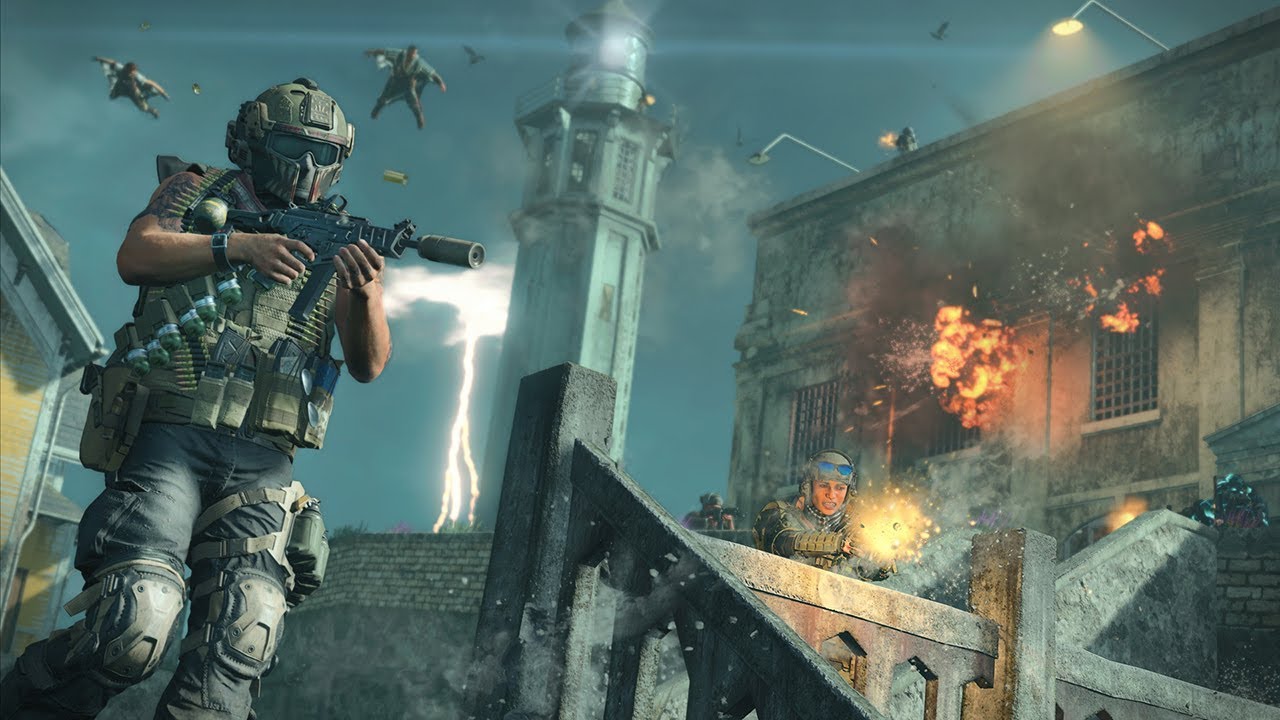 Back in June, it was rumored that Blackout would be making its return “in some form” in 2020, so it’s very possible that this either was referencing the return of Alcatraz as an add-on to Warzone.

In late August, another leak suggested that a new mode called “Zombie Royale” would be coming to Warzone in Season 6 or beyond. At the time, it’s leaked description read: “be the last team with a human alive to win. Players turn into Zombies on death, but can become human again by consuming fallen player’s hearts.”

While that doesn’t sound exactly like the traditional Portal Quads format in Alcatraz, but for such an extremely unique game type to be added to Warzone, it wouldn’t be surprising at all if Call of Duty’s developers joined forces to deploy a throwback map for Zombie Royale to be played on.

The Alcatraz map is visibly smaller than the traditional battle royale environments.

For a mode that’s rumored to be that dependent on infecting other players, it would be very reasonable to want a smaller map so that teams can’t simply camp the entire time to remain human. If that’s the case, then these leaks are starting to link up perfectly, as Alcatraz is a much more restricted location than Verdansk.

Of course, all of this information is based on leaks, so should be taken with a grain of salt. However, considering what’s been rumored and speculated in regards to this over the past few months, don’t be shocked if all ends up coming to fruition.