eUnited’s James ‘Clayster’ Eubanks is not happy with the infamous ‘CoDBurner’ once again, after claims made about who the team would be recruiting as their fifth player.

Clayster has already voiced his discontent with the CoDBurners ‘leaks’ and rumor spreading, complaining that it is often personal information that should not be in the public domain.

One of the Burner’s latest claims is that eUnited is looking to pick up one of four players; Nicholas ‘Classic’ DiCostanzo, Jacob ‘Decemate’ Cato, Rasim ‘Blazt’ Ogresevic or Ulysses ‘AquA’ Silva.

They also claim that eUnited have ruled out Daniel ‘Loony’ Loza, because he apparently “doesn’t like” eUnited player Tyler ‘FeLo’ Johnson – although the pair were teammates for a long time.

Clayster strongly retorts these claims though, in no uncertain terms, stating that the CoDBurner is flat out wrong.

When provided with the CoDBurner’s supporting “evidence”, Clayster clearly was not impressed by this either.

He later said “this dude’s posting pictures of clubs and 4 year old youtube videos, it’s actually hilarious”, referring to the detective work put together by the CoDBurner. 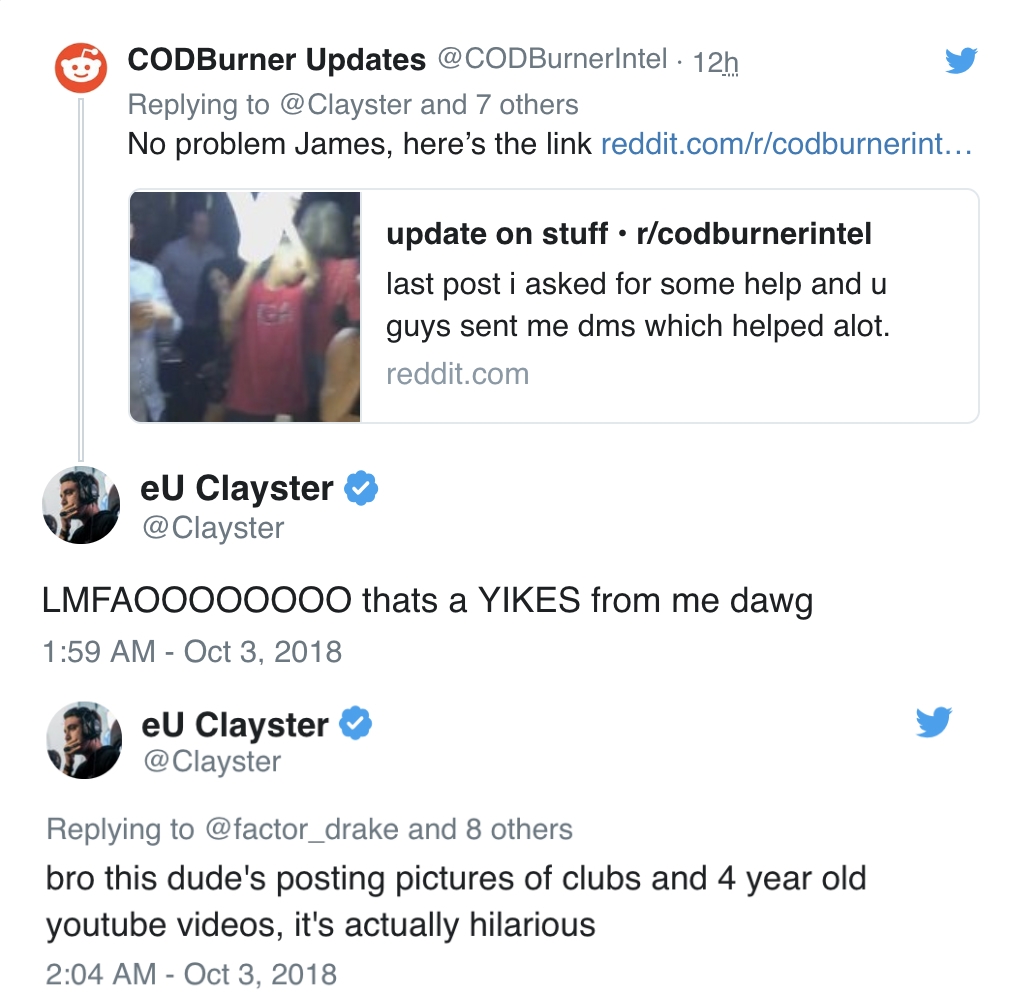 As for now, eUnited’s roster is still completely unknown, although there are plenty of rumors spreading, especially with other top teams having already finalized their lineups for Black Ops 4.

With teams like Echo Fox, FaZe Clan and Luminosity also still to announce, the North American Rostermania is in full swing, but Clayster advises not to take what the CoDBurner says at face value.