Call of Duty developers Treyarch have announced that they have changes in store for the new ‘Zero’ Specialist in Black Ops 4 Multiplayer.

According to a Reddit post, Treyarch will be nerfing Zero by doubling the amount of time it takes for her to hack all Scorestreaks and quadruple it for the Gunship specifically.

These balancing changes will be rolled out in the next game update in Black Ops 4, which is scheduled to go live on December 17.

The post also mentions “other tweaks” will be made to Zero, although they did not go into specifics, but it does seem that the increase of hack time is the main nerf that is being implemented.

Treyarch’s announcement came in response to a user on Reddit complaining about the fact that Zero was very overpowered and her ability to quickly steal streaks was a “get out of jail free card” for lesser players.

Zero was first added to Black Ops 4 on December 11 as part of the currently ongoing Operation Absolute Zero event, becoming the first new Specialist in the game since its release on October 12.

Her Disruptor item is an EMP grenade that can be thrown at any piece of enemy equipment to render it useless, while the Icepick ability is a tool used to hack the HUDs of enemy players as well as take over any active scorestreaks. 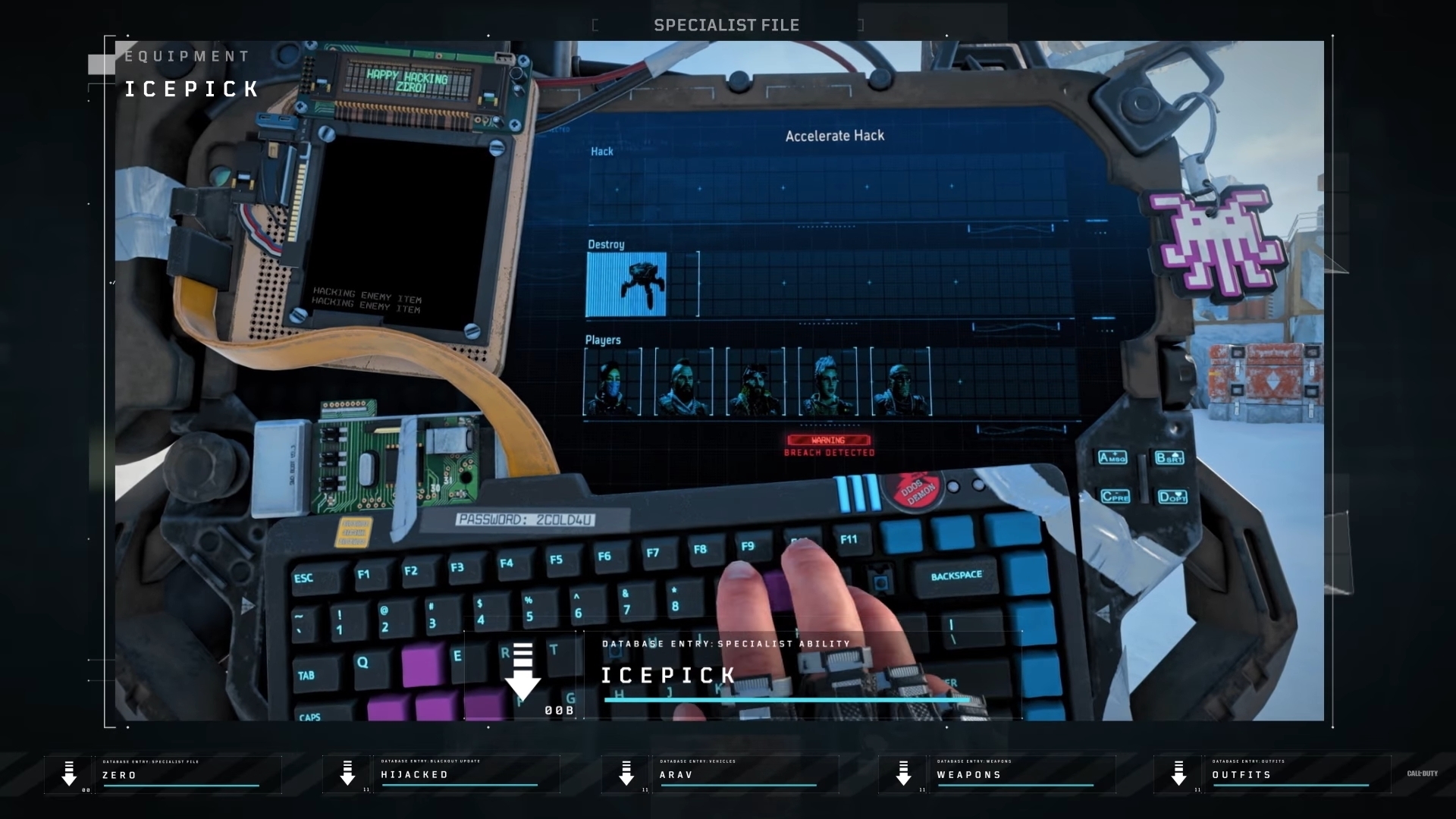 However, just as with the Reddit user who wrote the post above, many players have been not been happy with how powerful Zero was made to be, especially when there is more than one on a team in a public match.

Just as Treyarch have proven so far with this title, they are willing to listen to community feedback and make corresponding adjustments, which is good news for all those who were getting frustrated by Zero’s dominance.

Of course, only players on the PlayStation 4 have gotten the chance to play as or against Zero, as Operation Absolute Zero will be launching on the Xbox One and PC on December 18.