The Call of Duty community seems to be none but thrilled with the newly released Black Ops 4 title, and the game’s ratings so far reflect that.

Metacritic, a a website that compiles reviews for games, movies, and other media, has officially placed a Metascore rating of 87/100 for Black Ops 4.

According to the official Metascore chart, this rating puts the game in upper edges of the “generally favorable reviews” category, for which the ratings are 75-89 for video games.

The 87 rating has been determined after aggregating reviews from 12 critics. While that number is not that high at the moment, it still represents official game review websites and critics, such as GameInformer, IGN, and such.

Considering how early it is in the Black Ops 4 lifespan, the rating is likely to change and balance out as time passes by and changes are made to the game. 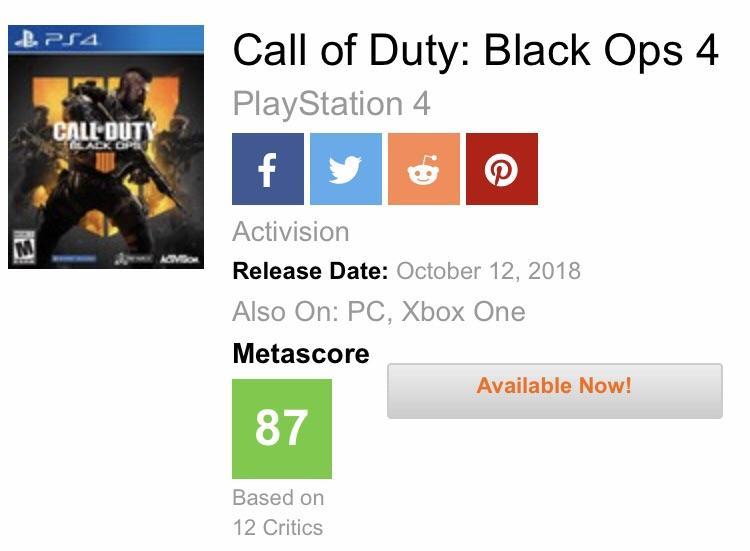 However, the current Metascore is still telling of the game’s early success and cannot be discounted, as it is considerably higher than the WWII (79) and Infinite Warfare (77) titles.

In fact, according to the Metacritic official website, the 87 rating for Black Ops 4 is the highest since Modern Warfare 2, which received a 94 rating for both its PS3 and Xbox 360 versions. 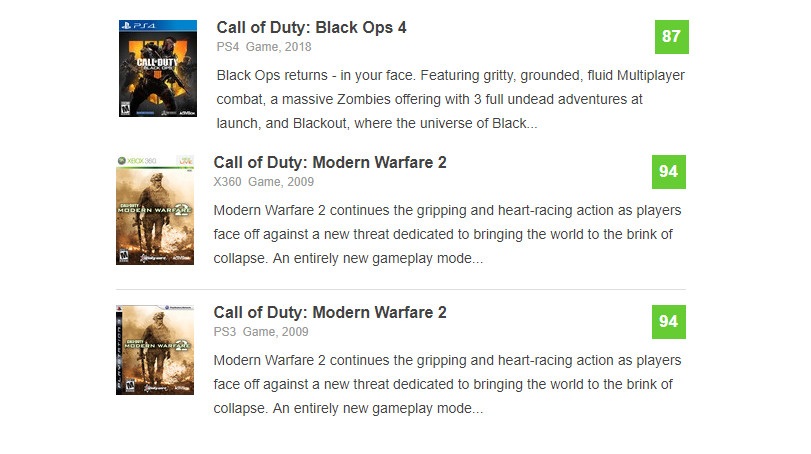 MW2, whose Metascore puts it in the “universal acclaim” category, is widely considered to be one the top CoD titles of all time.

The fact that Black Ops 4 is being mentioned in the same sentence is quite indicative of how most people feel about Treyarch’s new game.