The PKM is one of the strongest LMGs in Call of Duty: Modern Warfare, but it requires a number of attachments to make it competitive with any weapon. Here, we break down your best options when using the PKM.

Recent weeks have seen the Bruen Mk9 grow to be one of the strongest weapons in Warzone. Players have quickly discovered that LMGs can be useful at longer ranges, particularly following the nerf to the Grau. However, some players have also realized that the PKM can be more than viable.

Its open iron sights and large magazines negate its poor handling, both of which are complemented by a high damage output and manageable recoil. While potentially not as purely powerful as the Bruen, the right attachments can make the PKM competitive with nearly any weapon. 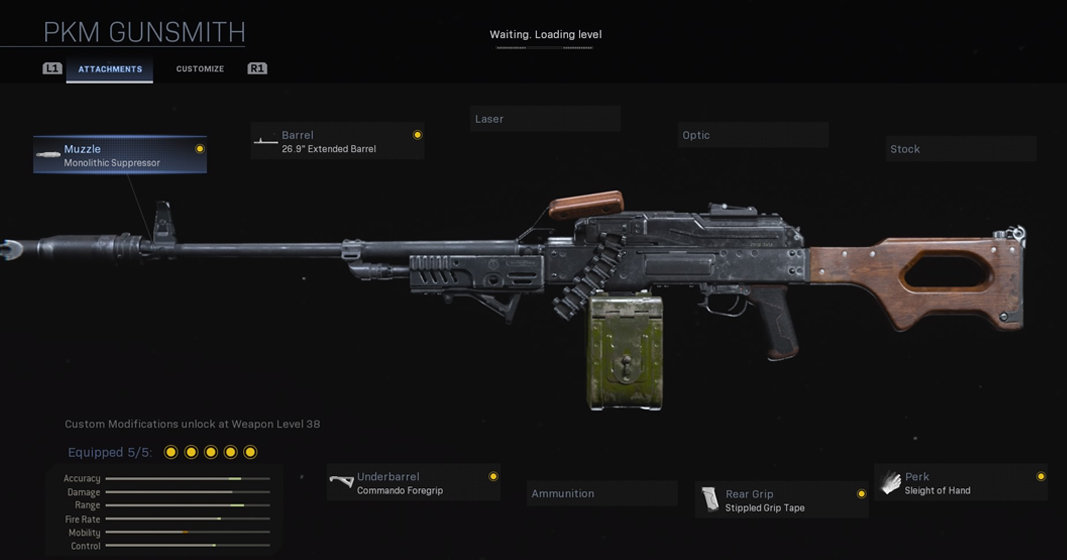 The Monolithic Suppressor and 26.9″ Extended Barrel massively increase the PKM’s range, carrying its high damage output to even longer distances. The suppressor will also keep players off enemy radars, while the slightly heavier barrel reduces recoil too.

Furthermore, the Commando Foregrip reduces recoil further, without slowing the PKM’s handling anymore. The Stippled Grip Tape will also go some way to speed up ADS time, while Sleight of Hand will massively reduce your reload time.

One of the weaknesses with nearly every LMG is the cumbersome reload time, but Sleight of Hand can reduce this significantly and get you back in the action much faster, after you’ve spent your 100 shots. 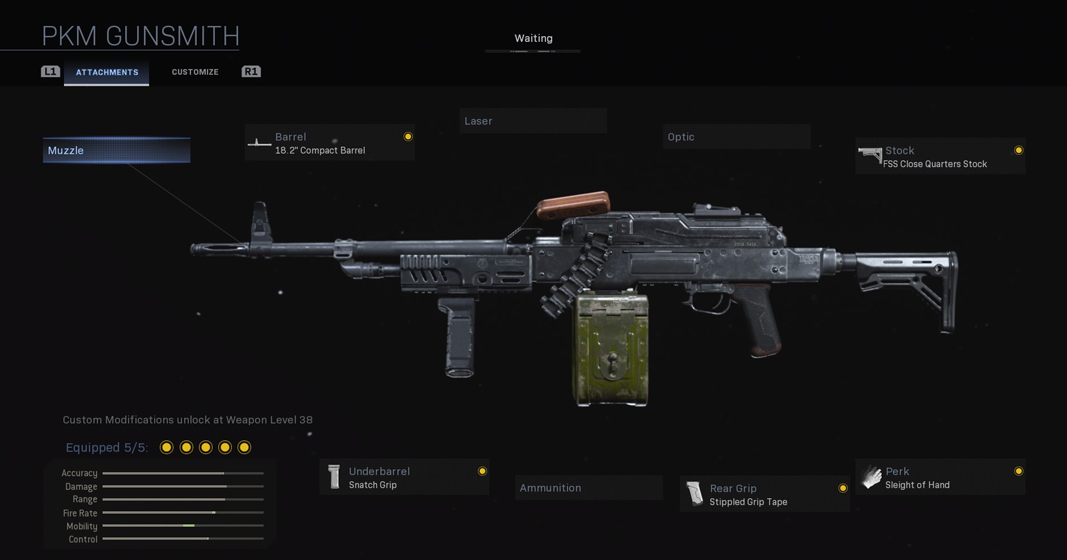 The Stippled Grip Tape and Sleight of Hand remain, because they are arguably more important in multiplayer than Warzone. When engagements are more frequent, players will need faster ADS and reload speed. On this note, the FSS Close Quarters Stock goes further to reduce ADS time, and allows players to snap aim to a more effective degree.

The Snatch Grip is also a fairly unique attachment, in that it reduces recoil and ADS time. For these reasons, we’re recommending it on your Modern Warfare class to speed up ADS, and maximize your close-range accuracy.

That rounds off our best PKM loadouts for both Modern Warfare and Warzone! Check out our other recommended Warzone loadouts at our dedicated hub, and be sure to tweet us @DexertoIntel to let us know your thoughts.