Activision have officially revealed the brand-new name and logo for the upcoming Call of Duty franchised league will which kick off in 2020, alongside news of the overall prize pool for the competition.

Call of Duty is moving to a franchised model for the first time in 2020, marking the biggest paradigm shift in the popular first-person shooter’s esports history.

12 teams have reportedly spent upwards of $25 million on a location-based franchise spot, and now Activision have revealed the official branding for the competition as players gear up for the start of the Modern Warfare season. 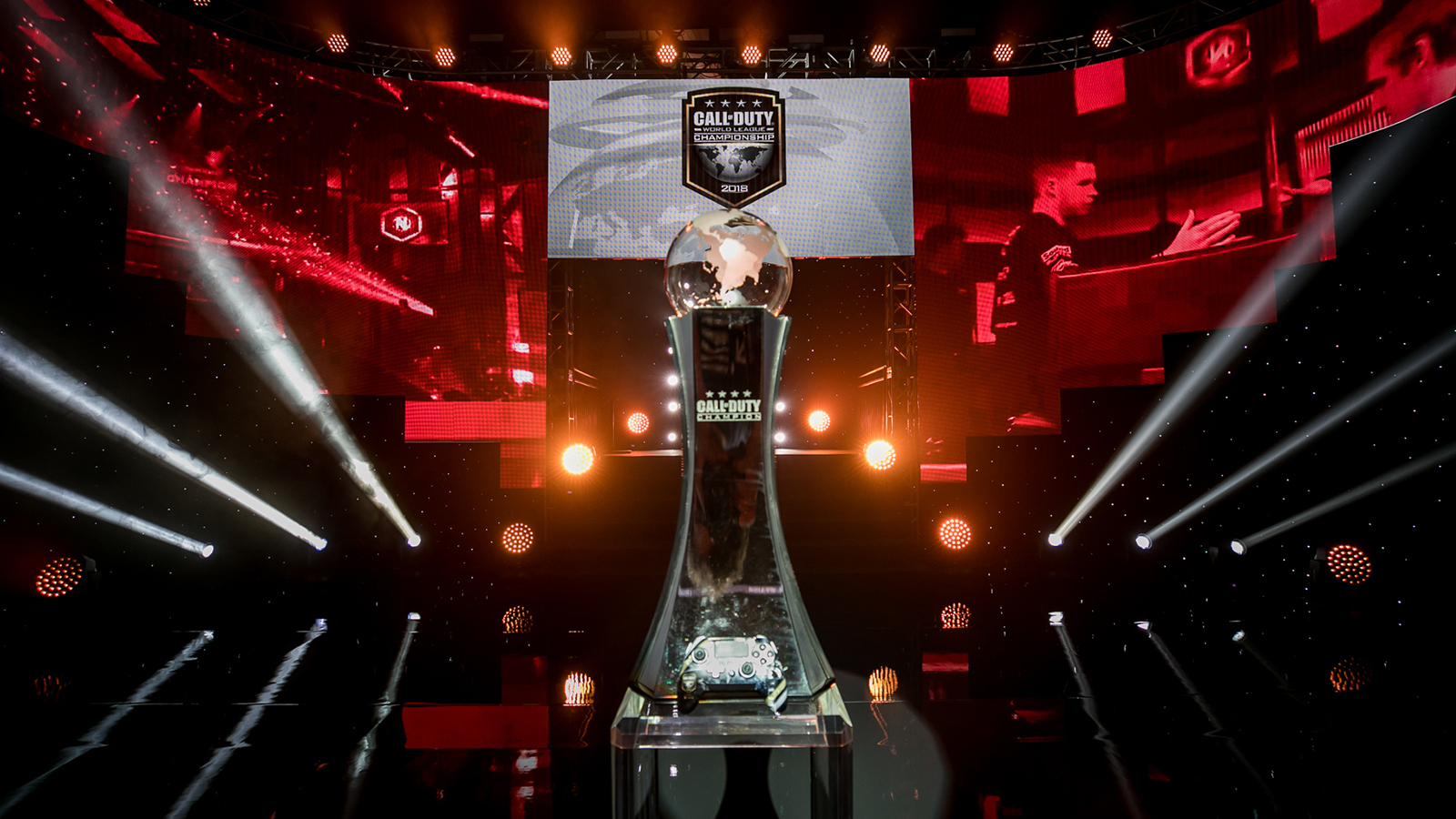 The franchised league will officially be called the Call of Duty League, matching the Overwatch League, which is the sister competition which is also operated by Activision Blizzard.

The logo three rectangles rising up from the left-hand side of the image, with the official Call of Duty logo inside a white box, with the word “League” written underneath in a futuristic font.

On the official CoD League website, there is also news on the official prize pool for the competition, along with how the league format will actually take place.

With teams purchasing franchises based on a single location, the website states that the CoD League will travel “from city to city,” indicating that rather than hosting home and way matches live the OWL plans to next year, all 12 teams will move around the world together, and compete in each of the 12 cities that they represent.

The website also reveals the cash that teams will be battling for, with Activision confirming that “over $6 million” will be on the line, alongside the overall Call of Duty League Championship. 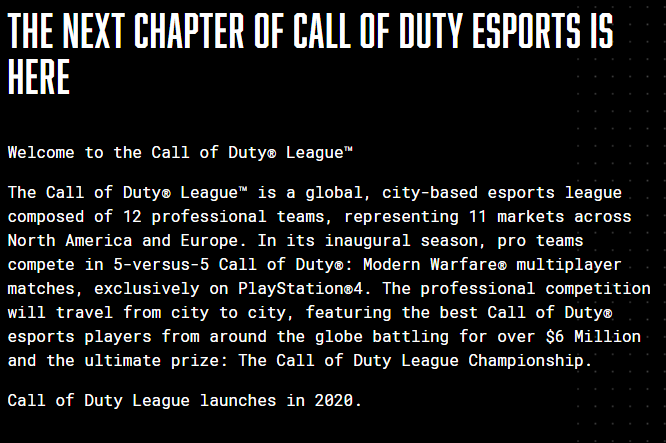 Activision have yet to announce an official start date for the competition, but it is widely expected that the league will kick off in early 2020, with a first-quarter launch likely.

Teams are already moving quickly to fill up their rosters ahead of the Call of Duty League, with London and New York announcing their starting line-ups. You can keep on top of all the latest moves using our Call of Duty Rostermania hub.