The highly anticipated Old Ways Lore event is finally upon us in Apex Legends, bringing permanent duos, Kings Canyon, lots of new cosmetics, and even new creatures to World’s Edge.

The event begins on April 7 and runs until April 21, but permanent duos and a permanent map rotation of both Kings Canyon and World’s Edge will continue even once the event is over.

Bloodhound is the main focus of this limited-time event, with their own Town Takeover, and some incredible new skins. There’s new skins for other legends too of course, both in an exclusive event prize track, and through direct purchases in the store.

When is the Apex Legends update?

Like Mirage and Wraith before, Bloodhound is getting their very own Town Takeover, and for the first time, we will see Prowlers enter the map.

These creatures were leaked previously, and it looks like this is what Respawn had planned all along. By diving into the Bloodhound Trials, at the northwest portion of the map, you and your squad will take on these beasts, and be rewarded with some high-level loot if you make it out alive.

You’ll be rewarded with high-tier loot for completing the Bloodhound trials.

For the duration of the event, there will be daily challenges to complete, which will progress you further along the prize track, which will reward you with event-exclusive cosmetics.

You can earn up to 1000 points per challenge set, which will reset each day. This won’t impact your battle pass challenges, which you can still complete at the same time.

The rewards in the Old Ways event prize track can be seen here:

Everything included in The Old Ways event exclusive prize track.

In addition to the cosmetics in the prize track, more skins will also be added to the shop for direct purchase. You can see all the direct purchase skins for legends and weapons here.

● LSTAR will reset its viewkick pattern much more quickly to avoid horizontal recoil feeling like it goes in an unpredictable direction while feathering the trigger.

● Increased headshot damage multiplier from 2.05 -> 3.0. Now it should always down a target with a headshot, even if they are a fortified character with a level 3 helmet and a full evo shield.

● Limb shots on Low-Profile Legends now deal as much damage as body shots.

Revenant – Player feedback that Revenant wasn’t feeling viable enough has been loud and clear and game data showed the same. Our goal is to bring his effectiveness up to parity with other Legends. 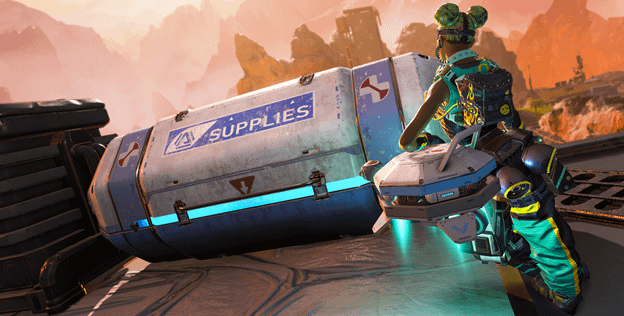 ● Portals will now disappear after four seconds if both ends are outside the Circle. This change was made to combat players exploiting the Portal to avoid taking damage outside the Ring.

● Reduced the amount of damage required to evolve.

● Increase to the total amount of loot items that spawn in the map.

● Fixed bug for cases where matches results would not process correctly after players were disconnected.

● Fixes for some script errors.

● Fixed bug for cases where taller Legends could get stuck in geometry after using Wraith’s portal.

● Fixed bug for cases where players that were under Revenant’s Death Protection could still be healed by Lifeline’s D.O.C. drone and Wattson’s Interceptor Pylon.

● Fixed a bug where mantling with Wraith would cause the camera to clip through the character.

● [PS4]Fixed lighting in some interior areas on World’s Edge that were appearing too dark.

● Fixed bug where sometimes players would lose aim assist after being hit by Revenant’s Silence ability.

● Fix for cases where players would not receive assist credit when using Crypto’s Drone to scan enemies.

● Fixed issue where sometimes players could hear and in rare cases, be hit by Revenant’s abilities while in the Firing Range when he’s not there.

● Fix for some cases where the Circle would end in a bad or invalid location.

● Fixed issue with Bangalore’s Viceroy skin where the legs were showing the wrong skin while mantling.

● Fixed bug for cases when Revenant places his ULT Death Totem on the train, a player is respawned to it while on the train, and the train is moving, the player could be respawned somewhere else on the map or even off the map.

● Energize charge for the Sentinel Sniper rifle can now be cancelled with Y or Triangle button.

● Fixed bug for cases where Dive Trails were visible before exiting the Drop Ship.