Cosplayer HoltsClawCosplay has stunned fans after he brought Apex Legends’ Octane to life with an incredibly lifelike outfit that looks like it comes right from an in-game screenshot.

Ever since it released back in February of 2019, Respawn Entertainment’s Apex Legends has allowed some of the battle royale’s biggest fans to show off their creativity with plenty of impressive ideas and cosplays.

Even though it’s set in a futuristic time in some far off worlds, fans have been able to dive right in and bring some of their favorite characters to life. We’ve already plenty of incredible takes on Wraith, a few head-turning Lifeline outfits, and even some pretty impressive Gibraltar efforts but this lifelike Octane cosplay might just be the absolute best of the lot. 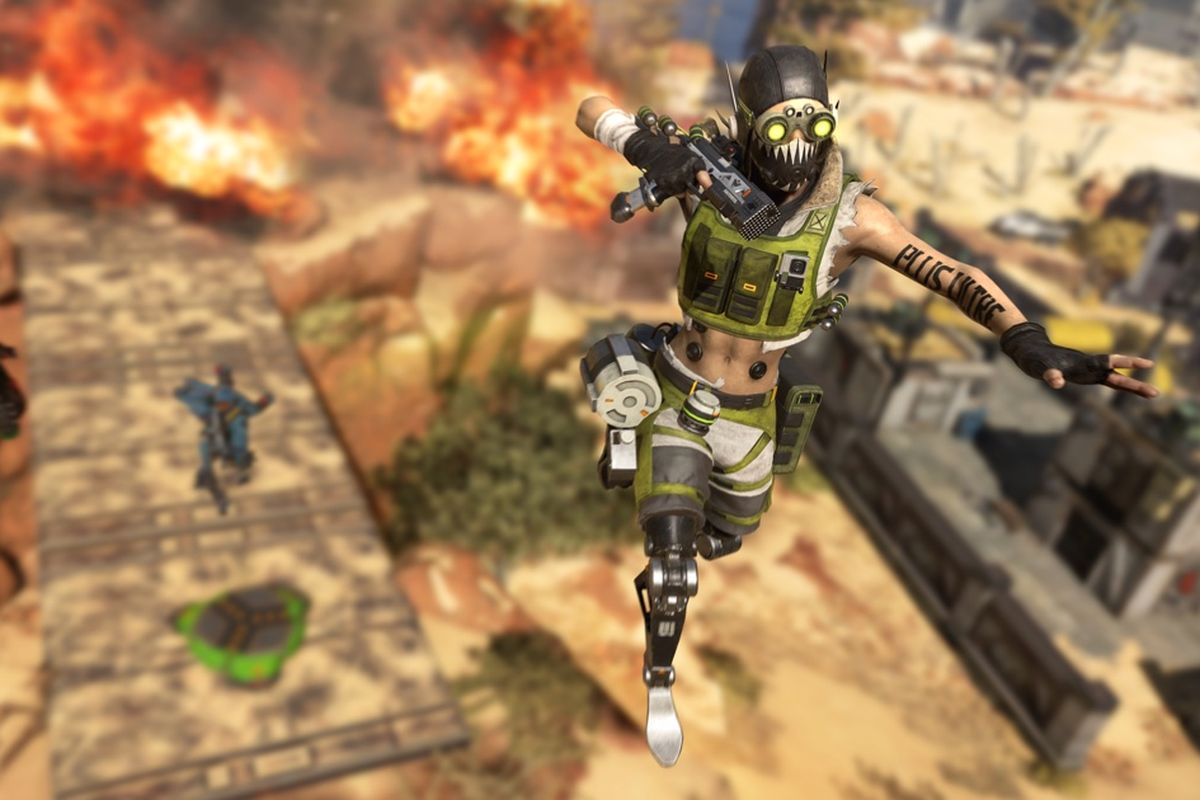 Octane quickly became one of the most popular characters in Apex Legends after his release.

Posted by HoltsClawCosplay, the Octane outfits eerily similar to the images that Respawn dropped before he made his debut back in Apex Legends Season One: Wild Frontier.

The cosplayer perfectly replicated the Legend’s normal base skin, donning an all-green vest, those green and white-brown bottoms – even recreating the little circular and square side pieces that hang on them.

As for the adrenaline junkie legend’s lack of legs, well, there’s some pretty impressive work there too. The cosplayer, obviously, didn’t opt to follow suit and get rid of his legs, but instead worked around that – making it look like he had forged the bionic legs that have become synonymous with any Octane player.

There’s even the perfectly recreated mask that makes the cosplayer look like they’ve managed to pull Octane out of Apex Legends and place him right into the real-world.

Of course, the cosplayer is missing the jump pad and Stim that takes the legend to the next level and helps him secure Apex victories but we’re not going to knock him – he’s already blown our minds as it is.