Respawn Entertainment have fixed up a number of frustrating bugs in Apex Legends in the past, but fans just can’t work out if a problem with the Knockdown Shield is a bug or intentional feature.

The Knockdown Shield has been a staple of the battle royale game ever since its shock release in February earlier this year, allowing players some extra protection on the ground after their character has been knocked down by an enemy. Hence, the name.

A discussion has been raised in the game’s online community, however, regarding a potential issue that can make it significantly more difficult to prevent attacks. 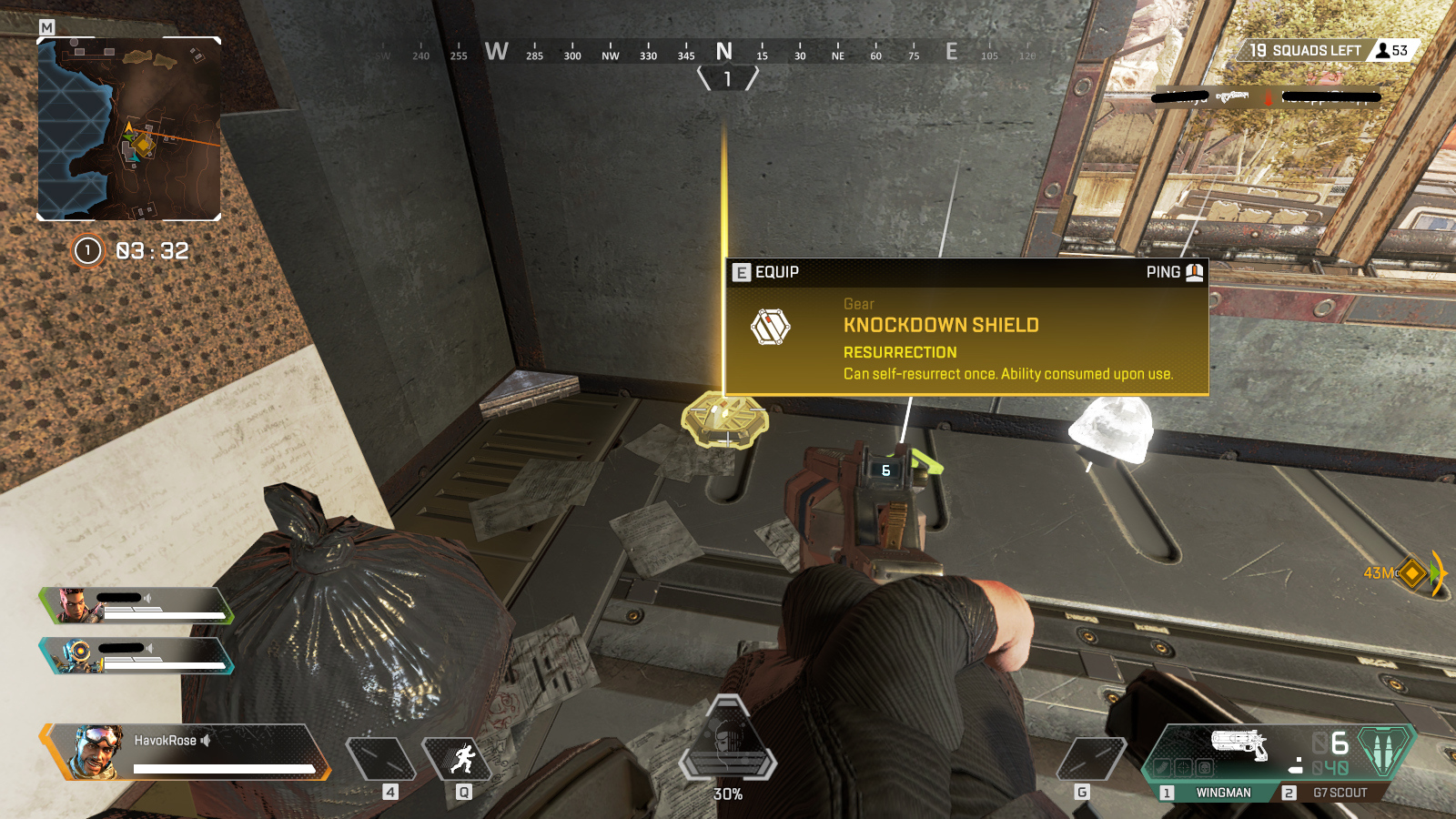 Knockdown Shields can help Apex Legends players move out of the way of immediate danger after being knocked.

It has been argued by Reddit user Neon775, who posted about the problem on December 3, that there’s actually a bug in the game that makes crawling a lot slower.

Obviously, this wouldn’t be ideal as knocked down players are no longer armed and literally just have their movement to protect themselves from gunfire or melee attacks – usually hiding to escape.

There’s a bug with the knockdown shields where if you’re holding them when they break you get stuck holding them up. It’s not really a big deal but it makes you crawl a lot slower. I’m sure everyone else has seen this but I haven’t seen any posts about it. from apexlegends

The user posted: “There’s a bug with the knockdown shields where if you’re holding them when they break you get stuck holding them up. It’s not really a big deal but it makes you crawl a lot slower. I’m sure everyone else has seen this but I haven’t seen any posts about it.”

Having gained some traction on the game’s subreddit, with over 3,900 people upvoting the post, it sparked a discussion between players about whether or not this actually is a glitch or something that the developers intentionally added to the game. What’s for sure, though, is that a lot have noticed the issue.

Not everybody in the game’s online community are happy with the shields – some think they’re bugged.

“What? It’s a bug? I thought it’s a feature. For me it happens every time they crack my knockdown shield,” one wrote.

Neon responded quickly, too. They said: “It didn’t used to be like that. Once your shield was broke you were able to go just as fast as if you didn’t have it up. Now it gets stuck once it’s broken and slows you down.”

The game’s developers usually have their finger right on the pulse when it comes to nagging issues in Apex Legends, regularly monitoring comments from the community on this subreddit and others, although there doesn’t appear to be any Knockdown Shield changes lined up for the near future – according to their official ‘Apex Tracker’ Trello page.

Whether it’s a bug or intentional feature, though, some players aren’t very happy with its inclusion. That’s for sure.