My Hero Academia artwork captures Eri in the most heartbreaking way

A talented My Hero Academia fan perfectly captured the compendium of emotions felt by viewers when they met Eri, in a cute but heartbreaking rendition for the character.

With the premiere of My Hero Academia’s fourth episode in the new season, fans briefly met the tortured young girl and were instantly dismayed at her story so far.

While she was a prominent figure in the episode, it wasn’t her intricate backstory or the like which struck a chord with viewers. Instead, it was the apparent abundance of pain she is forced to live through without the hope of being rescued, as far as the latest chapter of the anime is concerned, which broke the hearts of many fans. 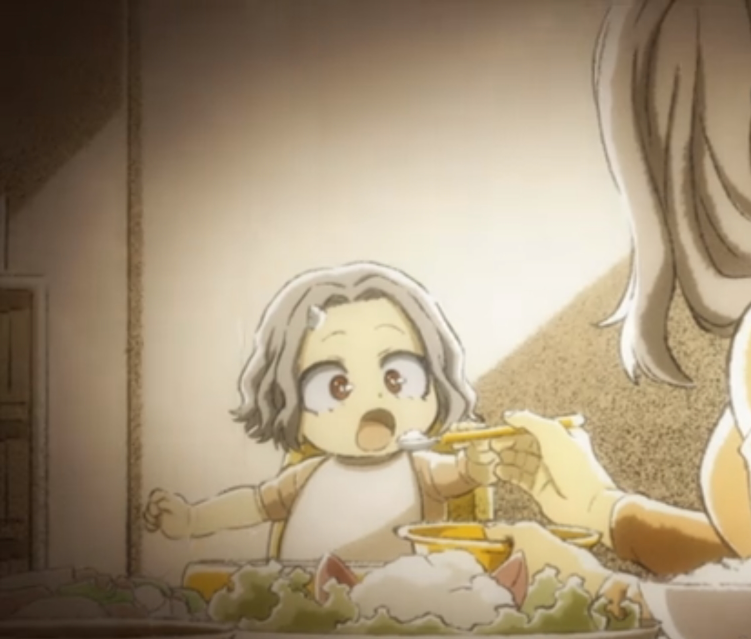 In their design for the character, artist ‘rockangelart’ gave Eri an even sadder depiction in the best way possible.

The artist slightly trimmed down Eri’s features shown in the anime to give her a near-chibi representation – while still retaining many saddened facial features that only destroy the already-shattered hearts of MHA fans.

“The most recent MHA episode made me sad and now I want all of you to feel sad,” the artist quipped in the message with their post.

Needless to say, rockangelart’s rendition of the character was incredibly effective as it brought all the feelings of that pivotal interaction back to the forefront of fans’ minds.

“Oh my god stahp my heart can’t handle her being so teary-eyed,” one user said. “But amazing work!”

Nothing drove a stake through viewers’ hearts more than seeing Eri in tears as she clung onto aspiring-hero Midoriya, not wanting him to leave her at Kai Chisaki’s custody.

Midoriya’s internal struggle to save Eri at the cost of risking the larger mission of thwarting Chisaki’s villainous plans was felt through the screen as the tension kept building with every stall tactic Deku attempted.

It was this struggle, along with Eri’s bravery moments later to save Deku and Lemillion as Chisaki was getting ready to use his Quirk, that cemented the tortured character’s place in MHA fandom.

Even though manga fans have known her for some time, Eri has captured the attention of the wider MHA fan base with the new season’s episode.

It remains to be seen if Eri’s arc will bookend the latest season, but audiences are already demanding the MHA cast to rescue and protect the embattled character.