It didn’t take very long at all for Valorant players to start finding little niche glitches and bugs just after the game’s release, and now, a devious spot on Ascent has been discovered that attackers will never see coming.

Valorant came out on June 2 after a few months in closed beta, and at release, we got a brand new map called Ascent – which was been picked apart by players, with Reddit user u/Noobface_ already discovering what we would definitely call a “game-breaking” bug.

The exploit consists of a high perch towards the A Reactor Site, which can be reached by Jett’s boost with no problem at all during defensive setup.

As the unsuspecting attackers file in, Jett is easily able to pick them off and score an easy round win for their team – though how they pulled it off does leave a bit of a bad taste in your mouth.

New spot on Ascent might need a patch from r/VALORANT

This is obviously an exploit because if you’re on offense, it’s not even very practical to try and counter this by checking, since you’ll be staring straight up and open to defenders standing in more normal areas.

The best way to avoid players who want to try and take advantage of this exploit is to simply avoid this particular route leading to A if you end up getting burned by it.

Instead of going up the stairs, you can just continue straight to the site. Even though this means you’ll only be pushing from one direction, at least you’ll be doing so at full strength. 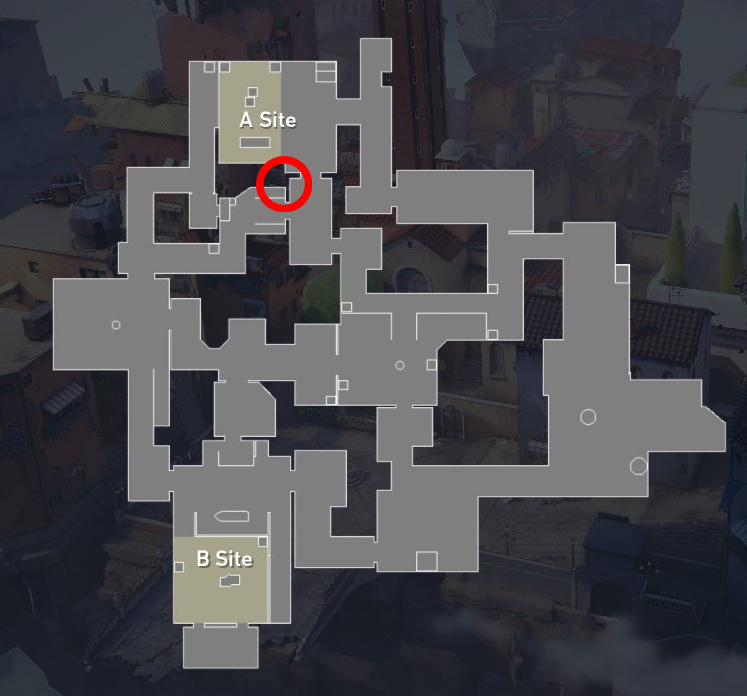 Heading around to the back of Ascent’s A might not be the best idea at the time being.

Riot Games has fixed issues similar to this one before during the beta, and based on how blatant of an exploit this Ascent spot is, we wouldn’t be surprised to see it patched out fairly soon.

For now, if you come up against a Jett or any other agent who manages to abuse the spot, it might be wise to try and convince your teammates to go through the front of A – or just rush B.