A supposed leaker by the name of Monsun is taking heat for claiming that a character from the Valve series Half-Life is coming to Smash Bros Ultimate.

On November 18, Monsun posted several leaks on Discord involving Half-Life: Alyx, including its release date, graphics, and VR gameplay. In a follow-up message, he shockingly added: “Gordon is in Smash.”

Gordon Freeman is the protagonist of the Half-Life franchise and one of the most popular first-person shooter characters in gaming alongside other rumored Smash DLC fighters Master Chief and Doomguy.

Monsun went on to write that the character would be revealed at the Game Awards as a latter announcement. It has long been speculated that Nintendo would be showcasing the final Fighters Pass DLC at the event, just as they unveiled Persona’s Joker at the 2018 show. 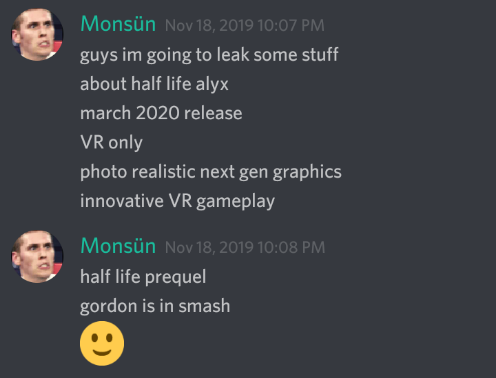 Freeman is certainly one of the more “out there” leaks regarding Smash Ultimate and as such, the community was divided.

Notable Smash Ultimate leaker Vergeben took to GameFaqs to deconfirm the claim. Vergeben has a history of accurate leaks including Banjo and Terry, so he is seen as somewhat of a prophet in the community.

“The Gordon ‘leak’ is very fake,” Vergeben wrote. When pressed on whether he was sure, he doubled down and wrote in bold “the fifth character is not Gordon.” 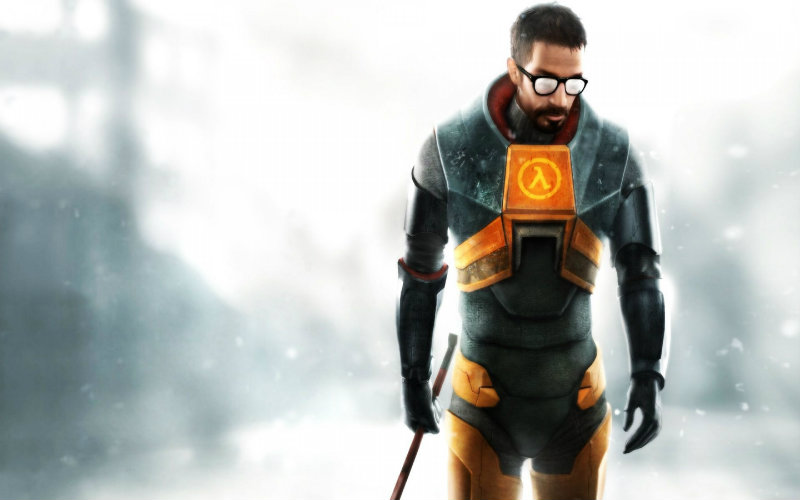 Gordan Freeman may be the most insane Smash “leak” yet.

Another popular community member, Sabi, polled the Smash community on what they thought of the leak. With nearly 8,000 votes, 82% believed it to be fake.

What’s the consensus on the Monsun Gordon leak? I wouldn’t lay my bets on it right now

As for who the next fighter really is, according to Sabi, it remains anyone’s guess so it should be quite a shocker when the character is finally announced, assuming this secrecy from the Big N continues.

Luckily, the DLC won’t stop at five characters as Nintendo has plans for more fighters after Challenger Pack 5 is released. 2020 should be an interesting year for Smash as Ultimate kicks off its second year on the market.

It will also be intriguing to see if Nintendo plans on introducing a second Fighters Pass for the game’s second year.