Battle royale games are among the most popular the industry has to offer right now with the success of Fortnite and Apex Legends. Now, Rainbow Six Siege fans finally have an answer about whether the game will be the next to jump on board.

The popular tactical shooter, which was released back in December 2015, will undergo major changes in the Year 4 update.

While the patch is set to include menu tweaks and a ton of new content, speculation had been brewing about a new battle royale mode potentially being announced for the game.

Respawn Entertainment saw over 25 million players swarm to Apex Legends in the first two weeks of its release.

In Ubisoft’s latest developer diary video, which was uploaded to their official YouTube channel, Creative Director Xavier Marquis revealed the next steps for Six Siege – addressing the speculation about battle royale directly.

“No, I am not interested at all in a battle royale,” he explained. “The genre is doing a nice job but it’s not Siege.

“I think the battle royale genre is too much of a stretch and I’m not sure it will be a plus for the game. So, we’ll try different things but no.”

While Rainbow Six Siege won’t be following the trend by adding the popular game mode, Ubisoft will be experimenting with changes to gameplay – instead – with in-game events. 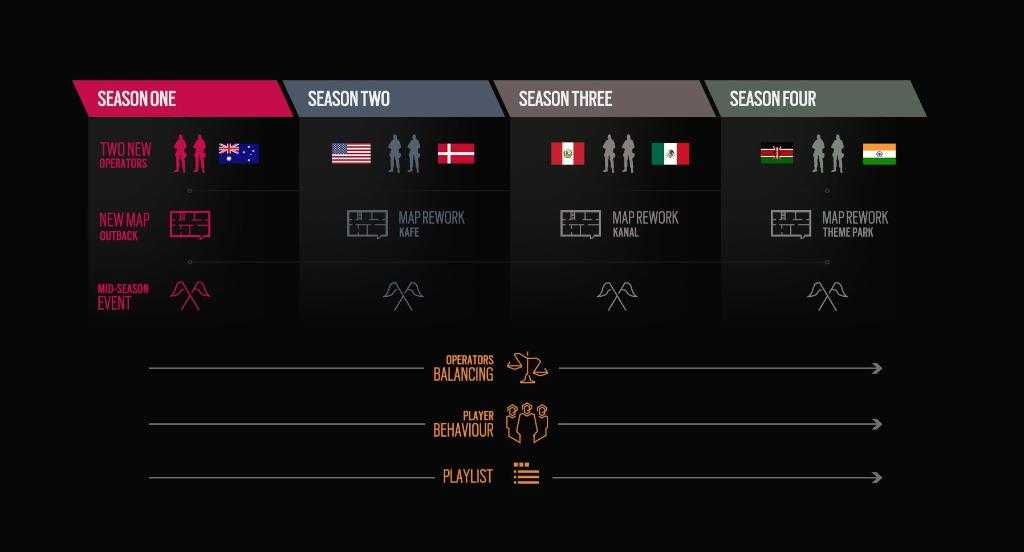 Ubisoft have revealed their Year 4 road map for Tom Clancy’s Rainbow Six Siege title – most of which has been collected in a detailed Reddit post.

The road map is broken up into the four different seasons. There will be an in-game event in each of these seasons and maps Kafe, Kanal, and Theme Park are set to be reworked as well.