Ubisoft have officially shared the Year 4, Season 4.2 patch notes for Rainbow Six Siege, with the update available on January 13, 2020, bringing some gameplay changes and bug fixes to the first-person shooter.

Perhaps the biggest part of the update is Clash’s re-introduction to the game with a fix to the Clash exploit – which made players using the Defense operator near-unstoppable as they hid behind her shield.

Besides that, changes have been made to a number of operators and maps, as well as fixes to user experience issues, to make the game as balanced and as fun as can be. 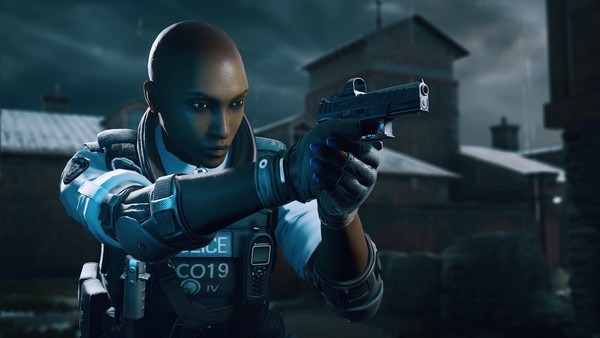 Clash became a huge issue when a game-breaking exploit with the operator was found in 2019.

As mentioned above, the Clash exploit made players using the Defender near-on invincible, as they could stay hidden behind their shield while shooting enemies. This is the only major bug fix coming in 4.2 and the character will be re-enabled with the new patch.

Clash was first removed in May 2019 due to the game-breaking bug, but it seems Ubisoft have now found a way to make her a usable, balanced operator once again.

Ubisoft have addressed a number of issues with gameplay in Siege with this 4.2 update, particularly those pertaining to concerns around reinforced or unbreakable walls. They have addressed and fixed the following problems.

As well as the return of Clash, Ubisoft have made changes to a number of operators and, more specifically, their equipment. A lot of these fixes pertain to Mexican defender Goyo, but a number of concerns surrounding other operators have been addressed too. Here’s the issues that they’ve fixed:

Goyo has seen a number of fixes in the latest update.

Although most of these issues seem minuscule, Ubisoft have clearly paid close attention to unrealistic or broken level design, as well as making some small fixes to unintended lines of sight or spots on certain maps. They have fixed the following:

Ubisoft have looked at a number of minor issues in Siege that may be affecting User Experience and fixed those that may be making the game somewhat less immersive. These fixes, listed below, address issues surrounding animations, character models and visual issues.

What is First Class Trouble? The game Valkyrae & Corpse Husband are streaming