Popular PUBG, the Deagle, and explained why the powerful pistol isn’t too strong.

The Deagle was officially added to PlayerUnknown’s Battlegrounds on June 25 when Update #30 went live, giving players the opportunity to test their mettle with the powerful handgun.

The weapon can down an opponent wearing a Level 3 helmet in two shots, and can drop an enemy with a Level 1 helmet in one bullet thanks to its high damage, but shroud doesn’t believe that the Deagle will become a crutch weapon in the game. 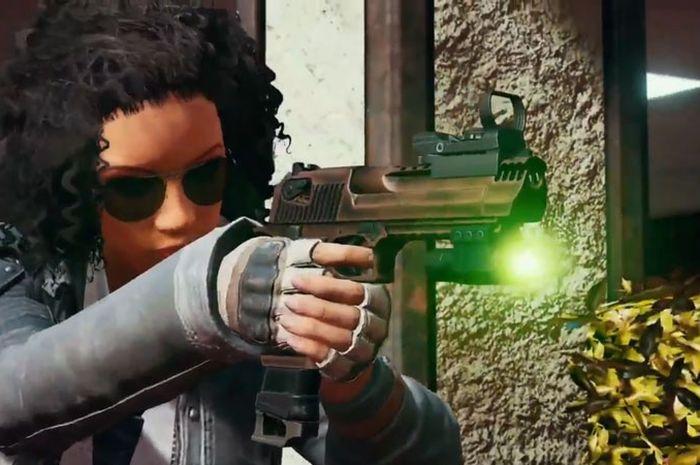 During his June 27 stream, a member of the former CS:GO pro’s chat asked if the Deagle was overpowered, with shroud explaining that no matter how powerful it was, other guns would always be preferential in certain situations.

“Is the Deagle OP? No,” the Canadian stated. “This gun isn’t OP. No matter what, automatics will always be the way to go. It doesn’t matter how strong the weapon is, automatics [are] the way. Doesn’t mean it can’t be fun, you know?”

While the 25-year-old may not think the Deagle is too powerful in its current state, it didn’t stop the streamer from dominating his opponents with the weapon, picking off enemies with incredible headshots early in the match with precision that left the players with little chance to retaliate. “That’s some horseshit,” exclaimed shroud as he downed an opponent.

He was even able to use the weapon to secure a victory, picking off an enemy from distance to earn the “Winner Winner Chicken Dinner.”

While the Twitch star may not believe that the Deagle is OP, some think that the potential for the weapon to knock down players with one bullet in the early game makes it an extremely difficult weapon to fight back against, especially due to the precision aiming it allows.

If you’re coming up against shroud though, it’s likely that any weapon will feel overpowered in his hands, due to his incredible skill on FPS games.