Raid Battles in Pokemon Go are supposed to be about jumping into battle against a super powerful Pokemon, but lately it feels like more of a waiting game.

“A Raid Battle is a cooperative gameplay experience that encourages you to work with other Trainers to defeat an extremely powerful Pokemon,” an official Pokemon Go video states. That’s a fair enough description, that’s exactly what they are.

However, the effort to get to that battle has become increasingly arduous. Some of you may say, wait a second, Niantic introduced the Remote Raid Pass, you can play Raid Battles basically anywhere now. While that is true, most trainers who play alone will spend more time waiting in lobbies than playing. Let us explain why.

Nobody wants to waste a Raid Pass

Raid Passes – be it of the Premium or Remote variety – are hard to come by. If regularly participate in Premium Raid Battles in Pokemon Go then you’ll know they come at the expense of hard-earned PokeCoins or real money.

So, the last thing a trainer wants to do is waste one. Unfortunately, wasting them is easier than ever these days.

We’re not talking about not quite having enough time to take the Raid Boss down or failing to catch it either. We mean wasting the Raid Pass by not having a chance to win the battle before it even starts. 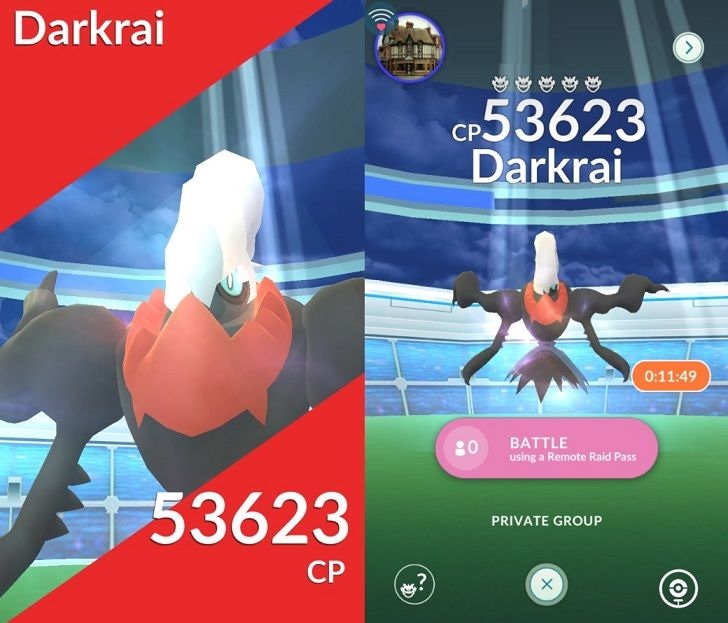 Raid Battles or cat and mouse?

When entering a Raid lobby you are often greeted with a big fat zero, indicating how many trainers are currently waiting. For some Raids this won’t change.

That means trainers are put in the predicament of risking one of their Raid Passes because if nobody else joins it is all but wasted. If it is a five-star Raid then it is almost guaranteed you can’t win the battle. More realistically, take the current Reshiram Raids for example, you need a minimum of four trainers.

Now, the funny thing there could be 10 trainers sitting in the same lobby, all unwilling to risk their Raid Pass, and this is understandable. They have no way of knowing if anyone else is waiting which then becomes a game of cat and mouse. This can result in nobody playing a Raid which we will have noticed at some point.

How to fix it

It’s an issue that has plagued Raid Battles for a long time now. It means players aren’t doing the one thing they want in a Raid – battle Pokemon!

There are a few ways Niantic can fix this though:

All of these methods would increase the number of Raids Pokemon Go trainers play, too. It’s a win-win for Niantic. Hopefully they make the appropriate changes soon.

An incredible, complete set of 1999 first-edition Pokemon cards is available for auction – and it’s looking like it could sell for more than half a million dollars when it’s all said and done.

The complete set is made up entirely of PSA 10s, the best possible grade one can give to a card, meaning these are in tip-top condition.

According to Goldin Auctions, who is hosting the bid, the collection includes four extremely sought-after Charizard cards. For many, Charizard is considered the holy grail of Pokemon cards.

So far, five people have put in the funds necessary to bid on the collection in two weeks. If you want to join in, you’re going to need some deep pockets – the minimum bid starts at $125,000.

The fact that there are four Charizards alone in the collection is nothing to scoff at, and could very well be the cherry on top of the pristine PSA 10 collection.

Goldin Auctions states they “just sold an SGC Gold Label Pristine 10 ‘1 of 1’ example of the Charizard for nearly $400,000 in their December Holiday Auction.”

Booster boxes can sell for hundreds of thousands.

While the card alone can sell for a ridiculous amount, booster box prices have also seen their value rise.

As the TGC community has continued to grow, plenty of YouTubers and Twitch stars have started spending a lot of money on booster boxes from the 90s. The end result is that costs have skyrocketed.

Earlier in December, a booster box from Heritage Auctions sold for a whopping $408,000.

Given the insanity of the current lot and just how many perfect condition cards are included, we could be seeing a brand new Pokemon record once the bidding wraps up. The only question is: Will it ever reach the million-dollar mark? We’ll have to see what 2021 has in store.