What happens if you lose to Eternatus in Pokemon Sword and Shield? - Dexerto
Pokemon

What happens if you lose to Eternatus in Pokemon Sword and Shield?

Before you face Leon in an attempt to become champion of the Galar region, you’ll need to stop the Darkest Day by defeating Eternatus. What happens in Pokemon Sword and Shield if you were to lose to the evil legend, though?

Not many trainers have tried because, firstly, why would you try to lose and secondly it’s actually difficult to lose. Despite being one of the more important events, and being up against a Pokemon with the best base stats we’ve ever seen in a Pokemon game, the battles are actually very easy.

The fight against Eternatus is actually divided into two battles. The first one is against the ‘standard’ Eternatus and the second one against “Eternamax” Eternatus, a form which is only seen in this particular battle. Its ridiculous stats aren’t all that troubling because you take it on in a Max Raid Battles format where you are joined by Hop and the other legendary Pokemon from the Galar region, Zacian and Zamazenta. 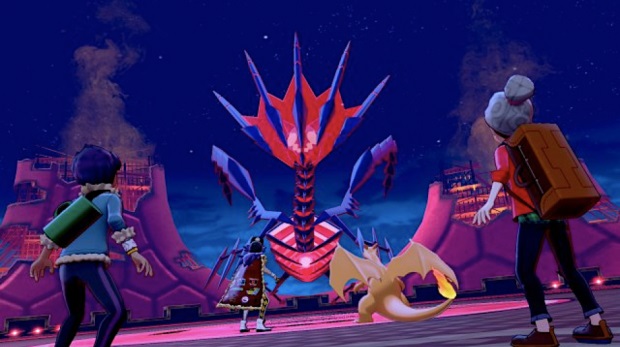 Eternatus in its ‘normal’ form…

When first approaching Eternatus, you’ll see Leon trying to catch it but to no avail. The 65 foot Pokemon is at level 60 but if you have anything resembling a decent team you’ll be able to take it out easily. Let’s flip the script though, and lose on purpose. This is something Pokemon YouTuber, PokeTips, tried. They made the battle easy for Eternatus by using a level 16 Electrike but what happened next?

Well what happened next was what happens in all Pokemon games. You lose some Poke dollars and start back at the closest Pokemon Center. We’re not sure what Eternatus will do with a few Poke dollars in addition to all the Dynamax energy in the Galar region!

It’s nice of the one of the most evil Pokemon in the franchise’s history to allow you to scurry off and heal but that’s what happens. Perhaps more annoyingly, which gives detractors from the game extra ammunition, is that when you return the same cutscene plays out, whereby Leon throws the same PokeBall at it. 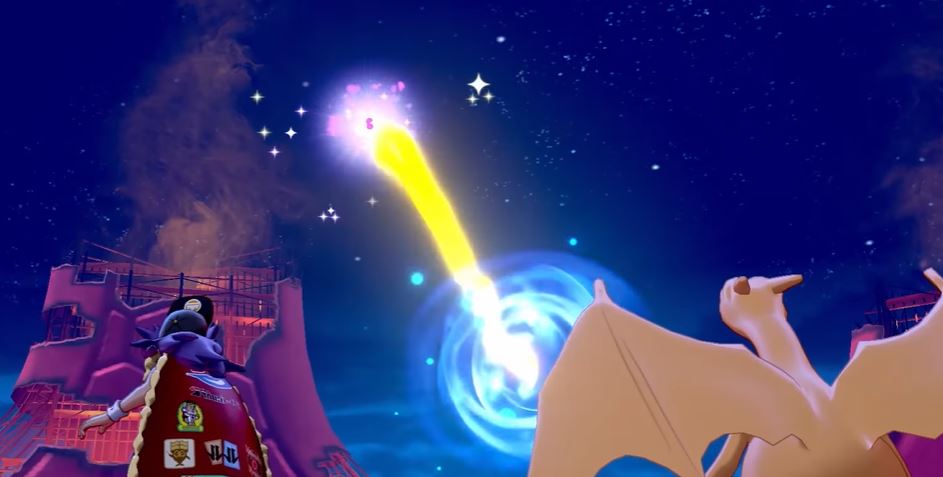 What happens if we lose the second stage of the battle against its Eternamax form, though? Interestingly this part of the battle seems to be more difficult to lose despite its new, more powerful form and it growing to 328 feet tall.

PokeTips had to take some strong measures to make sure they lost the battle. This included attacking their own team (Charizard’s Flamethrower is no match for either Zacian or Zamazenta) and even healing Eternatus using Gardevoir’s Heal Pulse.

Regardless, they got the victory (by losing in this case). Shockingly, even the Eternamax Eternatus is nice enough to let you get back to the Pokemon Center unharmed. When returning, we’re no longer greeted with Leon and his antics but start from the point of taking on its ultra form — a disappointing result, especially for those who want at least a little bit of realism in the game.

Unfortunately, tests like this won’t help disprove the perception that Pokemon Sword and Shield is too easy. It also makes the game look unfinished somewhat as such an obvious scenario hasn’t really been accounted for.

If you’re one of the trainers that do think your journey through Galar is too easy, then you can try our three ways to make Pokemon Sword and Shield more challenging.

Thanks to PokeTips for trying something a little different and really testing the game.