What are the 5 biggest Pokemon? - Dexerto
Pokemon

What are the 5 biggest Pokemon?

With nearly 900 species in the franchise, Pokemon can come in a wide range of sizes. The smallest of them stand at just 10cm, while the biggest stand at a whopping 20 meters. Which Pokemon are the very biggest though? Here’s the top 5.

Now, we can measure the biggest Pokemon in a number of ways – height, weight and mass. Since we can’t calculate the latter, we’ll have to stick to height and weight.

Some species will be very tall but may not weight a lot and there will be others that are the opposite to this. As a result, we’re going to take both metrics into account when listing the top 5.

Non-Pokemon fans would look at Steelix and wonder how it can possibly be defeated!

Some trainers first experience of the Pokemon franchise will have come in Season 1 of the anime. One of the first Pokemon you’ll see is Onix, a massive rock-type.

It was so big you’d have thought defeating it would be an after thought to survival. Well its evolved form is even bigger.

Steelix is 9 meters tall and weighs 400kg, which is astonishing considering it only comes in at number 5 on the list. Opponents of Steelix must be thankful its attack doesn’t match its defence and it has four weaknesses in fighting, fire, ground and water-type attacks.

Alolan Exeggutor is so big you can’t even see its heads when encountering it in Pokemon Go! The dual dragon and grass-type is smidgen under 11 meters tall.

What’s very interesting though, is the Alolan variant of Exeggutor actually surpasses Steelix in weight as well. Its looks certainly don’t make it seem that way, but it is nearly 16kg heavier. We don’t know what Exeggutor is made of but apparently it weighs more than Steelix’s steel.

The Alola Pokemon is gigantic – just come across it in the Pokemon Sun or Moon games to see. It may trail Alolan Exeggutor and Steelix in terms of height but it certainly doesn’t when it comes to weight.

Considering its partly steel typing and sheer mass, this shouldn’t really come as a surprise. It’s the heaviest Pokemon across the entire National Pokedex – weighing more than 1,000kg.

It’s a good job Celesteela looks relatively friendly, otherwise there’s a lot of Pokemon that could be in trouble!

Ask trainers who the biggest Pokemon is and they may just say Wailord. They wouldn’t be too far wrong…

When people think of big Pokemon Wailord often comes to mind. In terms of weight there are many species that are heavier.

However, when looking at overall size Wailord has to take our number 2 spot. The Whale Pokemon is nearly 15 meters tall and it is actually wider than it is tall – this should give you some perspective of just how big it is.

Wailmer is a pretty big Pokemon but is only a fraction of the size of its evolved form, Wailord. The Hoenn species is so huge that Pokemon Sword and Shield has trouble showing its true size! 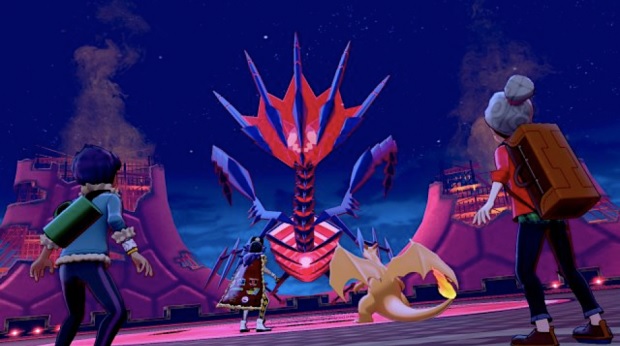 Not only is Eternatus huge but it has bad intentions…

Eternatus is not only close to being the heaviest Pokemon at 950 kg but it is also the very tallest at 20 meters. In short, Eternatus is incredibly big.

Until the Galar region was introduced in November 2019, Wailord would have been given the number one spot but, of course, this has now changed. We can’t even make an argument for Eternatus not to be number one.

This list may have looked a little different had we included Primal and Mega forms of certain Pokemon. To avoid complexity though, we kept the list to Pokemon with a unique Pokedex entry (other than Alolan Exeggutor before you let us know on Twitter).