It looks like Game Freak have been caught red handed after dataminers found strong evidence that Pokemon Sword and Shield developers reused models from Sun and Moon, despite claims to the contrary.

Ahead of the Pokemon Sword and Shield release, dataminers have now “ripped” the Pokemon models from the game and compared them with their Sun and Moon counterparts.

Despite previous suggestions from Game Freak, who seemed to rule out using previous models in their new project, it appears those who think they have been lying to the franchise’s fanbase have now pulled together some evidence to support their claims.

Pokemon models in the Switch the same as the 3DS?

Bulbasaur model on the Switch (left) vs 3DS (right)…

These Bulbasaur models above are from Sword and Shield (left) and Sun and Moon (right). As you can see, they are almost identical. The same can be said for Noibat, below. 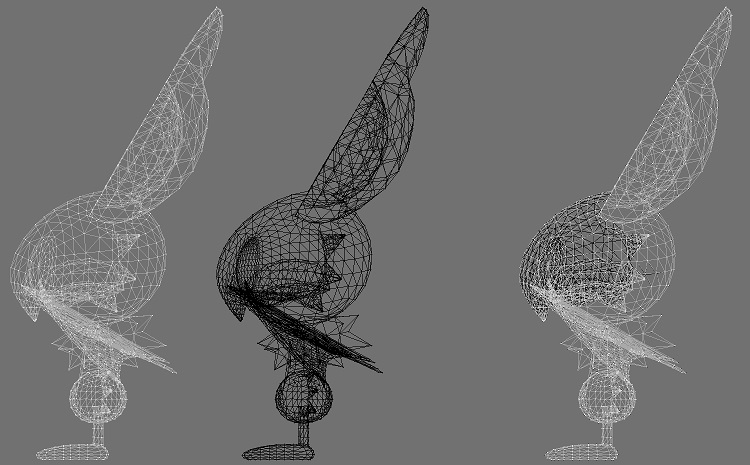 When the two models are overlayed they are clearly extremely similar…

We’re not model designers, but the similarities are striking – especially when placed side-by-side in this way.

Elsewhere, YouTuber DJTHED Games lined up Vaporeon models from the Switch and 3DS. When doing so, the first model perfectly obscured the second, indicating they are identical and, if not, very close to being so.

Animations also look too similar. In the example below, Machoke can be seen in a matching pose between previous generations games and now. 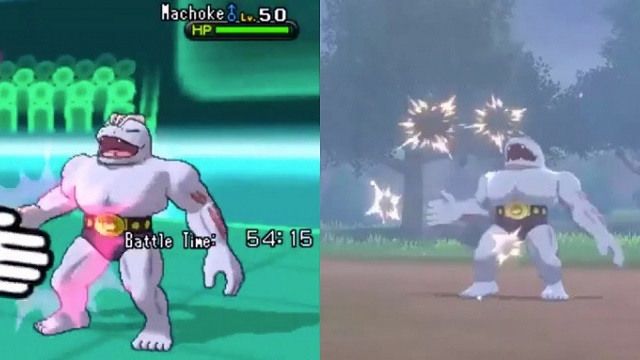 What do you think, is that a reused animation for Machoke?

Some of you may recall an interview from June this year, where Game Freak Directors claimed Pokemon Sword and Shield would not reuse models from previous games.

The interview with Famitsu, a Japanese video game magazine, saw Junichi Masuda and Shigeru Ohmori answer a range of Pokemon related questions. One of those questions related to the removal of the National Pokedex and how they were forced to come to that decision.

#gamefreaklied surprising absolutely no one, the models in Sword and Shield are exactly the same as Sun and Moon. pic.twitter.com/F3zn8GyRzv

“Even at the time of [Pokemon Sun and Moon], it was actually quite difficult (to be able to bring all Pokemon), but the hardware became the Nintendo Switch and the model was rebuilt from the beginning I have to make some choice,” Ohmori said via translation.

Elsewhere in an interview with US Gamer, Masuda stated: “Now that [the Pokemon are] on the Nintendo Switch, we’re creating it with much higher fidelity with higher quality animations.”

Now, this could be misconstrued due to the translation but it’s reasonable to take these quotes as the models have been indeed built from the ground up.

We must stress that just because of these examples it doesn’t prove Game Freak are using identical models for all Pokemon. Given these examples though, it is understandable why the hashtag #GameFreakLied is trending.