Pokemon Sword and Shield released on November 15 to mass fanfare and it has now been confirmed that the release broke the all-time sales record for Pokemon games in the United States.

Pokemon has been one of the best-selling franchises in gaming history, with the release of Red, Green and Blue in 1996 kicking off over two decades of memory-making moments for players.

Since then, the video game series has only continued to grow and this has continued with the release of Pokemon Sword and Shield, leading the way in terms of game sales despite a mixed reaction from the community before release. 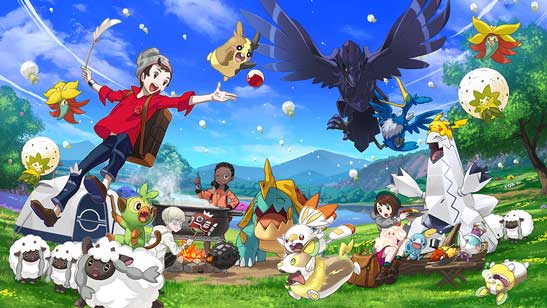 Pokemon Sword and Shield has had one of the biggest launch weekends in Nintendo Switch history.

This is a seriously impressive feat, not only because of record-breaking numbers, but considering that many fans were claiming to boycott it entirely after seeing that the National Pokedex wasn’t going to be a feature. That, as well as a graphics controversy which led to #GameFreakLied trending on Twitter, after it was claimed that developers had recycled models from previous games.

Despite the initial difficulties faced prior to release, Nintendo and the Pokemon Company are clearly onto a winner with Sword and Shield. The new titles have almost caught up with sales numbers for the previous main series Pokemon games, Ultra Sun and Ultra Moon. As of March 31, 2019, Ultra Sun and Ultra Moon had shifted 8.47m units in the time since its November 2017 release.

This is in no doubt in part due to Sword and Shield’s release on the Nintendo Switch, of which it is now the eighth highest-selling launch in the console’s history, beating the likes of Super Mario Maker and The Legend of Zelda: Link’s Awakening. There’s a long way to go to be climbing ahead of those in front of it, though.

While Game Freak’s new games have shifted 6m units, Mario Kart Deluxe has sold over 19m copies, with Super Smash Bros. Ultimate at 15.7m and Super Mario Odyssey at 15.4m – at the time of writing.

These games are considered all-time classics on the Switch and will likely continue to sell in the millions, so Sword and Shield will have to continue on its form to catch up with Mario’s incredible numbers.