The full list of Pokemon Go field research tasks, their rewards and the all important breakthrough reward has been confirmed for October.

Another month of Flower Crown Eevee

Pokemon Go trainers will have to put with another month of ‘Flower Crown’ Eevee as their research breakthrough reward. Going from the likes of Groudon, Kyogre and other legends to little old Eevee hasn’t been met with excitement by trainers. In fact, it has been quite the opposite with Pokemon Go players voicing their disappointment with the choice.

The official Pokemon Go post writes: “Don’t miss your chance to evolve them into all the available Eevee Evolutions.” Presumably this is referring to the flower crown version and not Eevee in general as most trainers have a variety of the normal form Eevee evolutons already. 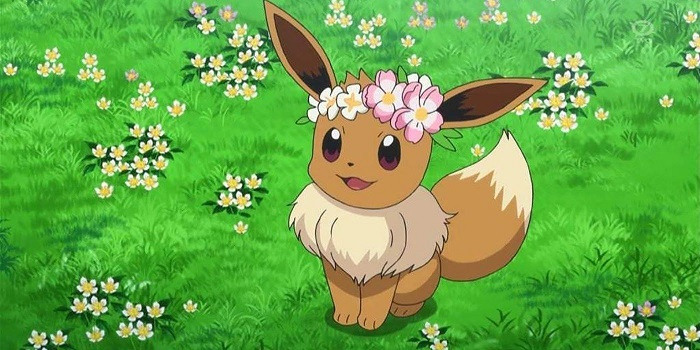 Leafeon and Glaceon are the most recent Eevee evolutions additions to Pokemon Go and they can still be obtained by using the lure evolution trick. However, this isn’t the only way to get the popular ice and grass-type Eevee evolutions as there is also a one time nickname you can use.

The same applies to the older Eevee evolutions such as Vaporeon, Jolteon, and Flareon. Once again though, the nickname can only be used once, so use it at the right time!

Elsewhere, Espeon and Umbreon can also be evolved using the buddy trick. Providing either of these are your buddy Pokemon and have earned two berries, then evolving at night will get you Umbreon and during the day, Espeon.

The full list of October field research tasks and their subsequent Pokemon encounters are as follows:

There are also a variety of field research tasks which give you items as rewards. However, we all know encounters are what trainers strive for.

Field research tasks, breakthrough rewards and special quests are all a big part of Pokemon Go and understanding them is essential to being a good trainer.

In addition to understanding it, it is also vital to know how to manage your research – choosing which field research tasks to complete, saving stamps, etc.

This will let you earn research breakthroughs once a week and in turn giving you as many as possible, maximizing the chances of a shiny or high IV encounter.

While some trainers may be disappointed with having nothing but Eevee rewards for the next month, you may as well complete your field research and collect them. The only time worth saving your stamps will be when we’re six days or closer to the new breakthrough reward in November. As of writing, there is no clue which species will feature.