Niantic have added the Remote Raid Pass to Pokemon Go but even this hasn’t stopped one incredibly annoying part of Raid Battles.

The Remote Raid Pass allows trainers to participate in Raid Battles from the comfort of their own home. This was added in response to the current global health crisis.

Niantic is trying to do as much as they can to discourage Pokemon Go players from playing in the traditional method of walking about. However, despite their efforts, one infuriating feature remains. 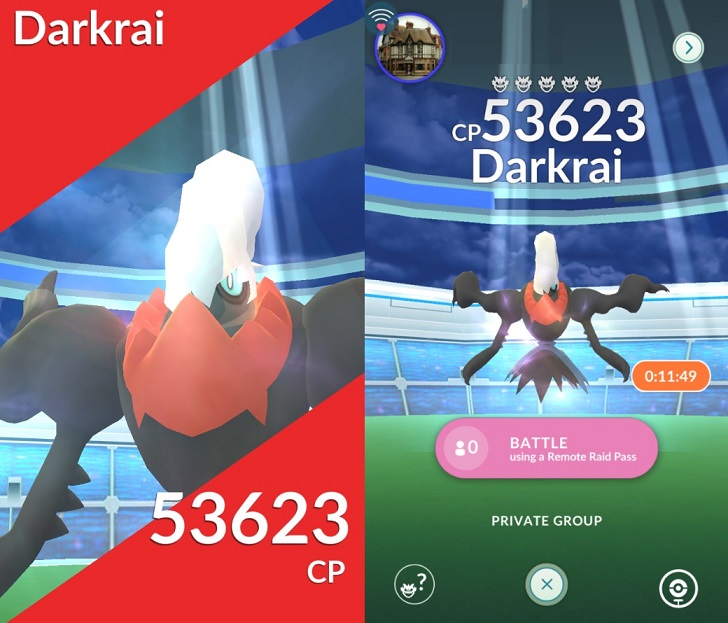 No getting back your Raid Pass

Anytime you enter a Raid Battle you’ll need to use some form of Raid Pass. Two of the three types of Raid Pass there are – Premium Battle Pass and Remote Raid Pass – are rare items and if you’re not willing to pay for them, are few and far between.

That is why it’s so annoying to waste one on a Raid you can’t win. A lot of Pokemon Go players don’t have many friends to play locally with and it is very difficult to organize a Raid with strangers.

For easier Raid Battles this is no issue – after all, they can easily be taken by yourself. It is the five-star Legendary Pokemon that cause the problem.

Take Darkrai for example. It has a huge CP of 53,623 which requires a bare minimum of three trainers to beat. Now, you may see a Darkrai Raid across town and want to try and take it down.

So, you enter the gym to see how many players are waiting – zero. You can’t enter it yourself because firstly you’d be relying on at least two other players to join in the two-minute pre-lobby period and secondly, once you enter you can’t your Raid Pass back.

Theoretically, you could have several trainers wanting to battle but none of which are willing to risk their pass. Another scenario is a trainer is already waiting and you then take a chance and wait too. If nobody else joins before it starts, you guessed it, you’ve wasted another pass.

Darkrai has a very high CP in Raid Battles…

How to fix this

The best way to fix this would seem to be to make Raid Passes returnable. On the surface this sounds reasonable but there are some issues with this as well.

Niantic may want to encourage trainers to team up with specific people and if you were able to enter Raid Battles whenever you want, then this would take this away. There’s also the scenario of three or four players waiting and one or two decide to back out last second. This would then waste the Raid Pass of the two trainers that decided to stick around.

One solution could be to make Raid Passes returnable but only in the first 90 seconds of waiting. When the clock hits 30 or less, trainers are locked in.

It is an awkward situation but the current system isn’t working. Raid Passes are too hard to come by to waste on Raid Battles you simply can’t win! This may not be changed anytime soon, however, as they have been non-returnable ever since Raid Battles were introduced.