Niantic have announced the schedule for this summer’s Pokemon Go live events. Chicago, Dortmund and a as yet unnamed place in Asia will host live events.

The announcement was confirmed on the official Pokemon Go blog stating: “We kicked off 2019 with South America’s first-ever Safari Zone event in Porto Alegre, Brazil, and we’ll have another Safari Zone in Sentosa, Singapore, in just a few weeks. Next, we’re excited to reveal that Pokémon GO Fest is coming to three cities around the world!”

Attention, Trainers! Are you ready for an incredible summer? Check out the details here: https://t.co/SL67x90bwI pic.twitter.com/7ckjjKDCbE

One of the most popular Pokemon Go live events that has featured in cities across the world, is the Safari Zone.

The name Safari Zone is a reference to a special location in the first generation of Pokemon games where you could capture rare Pokemon. Some of these Pokemon could only be captured within the Safari Zone, a similar mechanic to the region exclusives in Pokemon Go.

So far, there have been an array of Safari Zone events. These have taken place across Europe and Asia.

In January 2019 however, South America, and specifically Porto Alegre in Brazil, had their first Safari Zone event. The featured Pokemon included the generation four starters, Turtwig, Chimchar and Piplup The regional exclusive Pokemon was Relicanth.

The success of this most recent live event has resulted in another being scheduled in Sentosa, Singapore. Tropius, an African regional exclusive, will be available in the wild for the duration of the event. 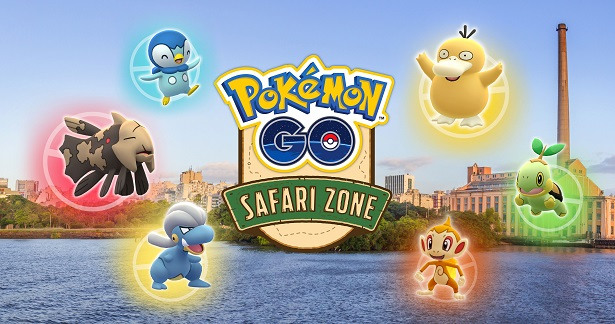 The reference to needing a “bigger bottle of sunscreen” could suggest Africa or the Middle East will get their first Pokemon Go live event. However, at this point that is merely speculation and Asia would be a more likely candidate.

It will also be interesting to see if Niantic stick with the Safari Zone concept with regional exclusives or branch out to a new type of live event.

Either way, the Pokemon Go schedule for 2019 is already looking full. It appears Niantic are keen on pushing live events and this is on top of the plethora of bi-weekly events that have already taken place in 2019.