The January field research breakthrough reward for Pokemon Go has been revealed, but it’s a little different to what trainers have come to expect.

Luckily it isn’t similar to the September and October breakthrough reward, which saw Flower Crown Eevee frustrate trainers for two months. After a long line of various legendary Pokemon, it was understandable that Eevee – with nothing more than artificial change – would be considered a bit of a step down.

While the January field research breakthrough isn’t another legend, it is a Pokemon worth having – Lapras! Fans have had plenty of chances to find the Kanto favorite previously but this one has an advantage – at least over those from post 2018. 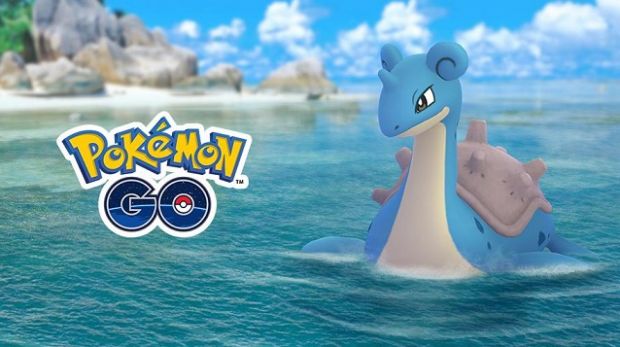 Lapras is the field research breakthrough for January in Pokemon Go…

The popular ice-type Pokemon will return with moves not seen since 2018. Those moves are the quick attack Ice Shard and charge attack Ice Beam.

They will make Lapras a viable contender for your best battling teams. It will be super effective against Dragon, Flying, Grass and Ground types.

According to GamePress, Ice Shard and Ice Beam are the equal best combination of moves Lapras can have. The only slight downside is both moves are ice-types (as their names make abundantly clear), but this can also be a big advantage against the aforementioned types.

When is Lapras coming?

It’s interesting that this particular breakthrough reward is only lasting for one month, in comparison to previous rewards which have lasted two months at a time. The likes of the Articuno, Zapdos, Moltres, Lugia, Ho-Oh and the other various legends were all there for two months. Some, such as the Kanto birds, have even appeared on multiple occasions.

You’ll be able to catch a maximum of 5 of these Lapras if you have timed your stamps correctly. We can probably expect something similar for February, so are there any Pokemon with legacy moves you have your eye on, trainers?

Lapras returning is just one of the many events you can look forward to in Pokemon Go for January.