Rumor: Gen 8 to Include All Previous Pokemon Regions - Dexerto
Pokemon

Rumor: Gen 8 to Include All Previous Pokemon Regions

With an announcement expected on Pokemon Day, plenty of rumors are circulating about the new game. The latest one is that Gen 8 will feature all previous Pokemon regions.

Ever since the release of Gen 7, in the form of Pokemon Sun and Moon, questions have been asked about what the 8th generation of Pokemon could entail.

Given the Nintendo 3DS was released all the way back in 2011, Pokemon fans knew that Gen 8 would release on future hardware. It wasn’t long after the release of Pokemon Sun and Moon that the Nintendo Switch was announced.

Previous Pokemon generations had all taken advantage of more powerful gaming systems while adding and refining features to produce the best game possible. This begs the question as to what Gen 8 could entail. 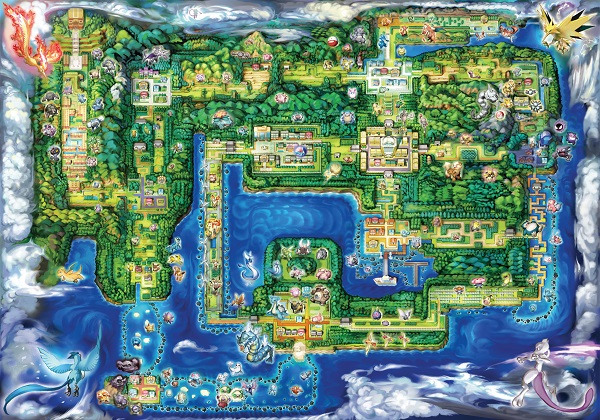 Murmurings within the Pokemon community suggest the big surprise for Gen 8 could be that it will feature all previous Pokemon maps. This includes the likes of the classic Kanto region, Johto, Sinnoh and so on.

It is something that the Nintendo Switch would be capable of doing.

Furthermore, the official Pokemon Twitter account have been teasing each region in separate video packages. For example, the Kanto region was teased on February 20. Since then, Pokemon have remained true to form and teased each region all the way through to Unova, to date.

This means a teaser for Kalos and Alola are expected over the next two days before Gen 8 is spectacularly revealed.

Visit the urban utopia of Unova! Put your team to the test at Don George’s Battle Club or stroll the city streets with a delicious Casteliacone!

Tag a friend you’d challenge to a Battle Club match, and let us know which Pokémon you'd use! :collision: https://t.co/EFlhJVPbhX#PokemonDay pic.twitter.com/FILRM5eSvR

An interesting take on the current teasers for previous maps is that the Pokemon Company are already announcing Gen 8. The teasers are worded in a way which suggests you can visit in the future. Therefore, referring to Gen 8 in a subtle and tactful way.

In hindsight, when the Gen 8 region is finally revealed, this might become clear. It’s almost as if they are saying this is what Gen 8 will include without explicitly stating they are talking about generation 8.

This also coincides with Pokemon Day, whereby the teasers would align for the supposed Gen 8 map reveal on the annual Pokemon celebration.

The fact that Pokemon wasn’t mentioned at Nintendo Direct has also lead Pokemon Day to be when the presumed announcement of the new Pokemon game is coming.