How to get Eternatus in Pokemon Sword & Shield | Dexerto
Pokemon

How to get legendary Eternatus in Pokemon Sword & Shield

One of the greatest challenges for Pokemon Sword and Shield players to complete will be to catch all of the legendary Pokemon in the Galar Region, and we know exactly how you can scratch a big one off your list – Eternatus.

Much to players’ dismay, the Pokemon Company decided to ditch the National Dex in this iteration of the franchise and instead opted for a more limited version, The Galarian Pokedex still features 400 Pokemon though, which can all be caught, traded and trained throughout the game.

Eternatus is number 400 on the Galar Dex, the (metaphorical) final frontier for any trainer looking to catch ‘em all. It is the quintessential legendary Pokemon in the newest generation of games, perhaps more prevalent than even cover stars Zacian and Zamazenta.

So, how do you catch one?

Pokemon Sword and Shield are set in Galar, a brand new region in the Pokemon universe.

How to catch Eternatus in Pokemon Sword & Shield

Luckily, Eternatus is actually really easy to catch in Pokemon Sword and Shield. In fact, it’s impossible to not catch, as it has a guaranteed capture rate when you finally reach it towards the end of the game.

To get to Eternatus, you have to reach the Hammerlocke Energy Plant just before you face Leon in the Champions Cup finals. This means you have to have taken down all eight gyms and defeat Chairman Rose to reach the poison/dragon-type Pokemon.

You’re forced to fight Eternatus in a Max Raid Battle, in which you have to defeat it. Once you’ve made it faint, you’ll be able to throw a Poke Ball of any level and catch it without fail. 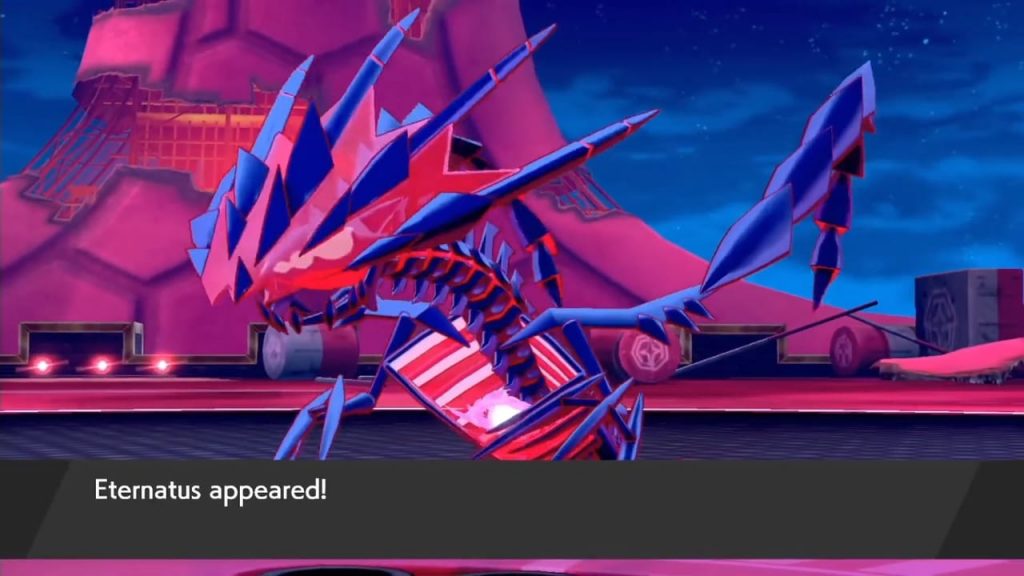 Eternatus is found at the Energy Plant towards the end of the game.

When you eventually add the elusive character to your team, it will have the moves Cross Poison, Flamethrower, Dragon Pulse and Max Flare. However, by leveling it up you can teach it other powerful moves such as Recover, Hyper Beam and Eternabeam.

Despite being a legendary Pokemon, Eternatus is clearly very easy to catch. All you need to do is progress to that part of the story and have a Pokemon capable of taking it out, then it’s as good as yours.

Eternatus’ ease of capture doesn’t make it any less desirable, though. With a very strong attack and ability to take some serious damage, it is definitely one to add to the party.