Popular content creator andOverwatch after questioning his time playing in the Top 500.

Blizzard recently unveiled Overwatch 2 at BlizzCon 2019 and showcased an assortment of new content set to release in the near future. From a fleshed out PvE system to new heroes and a new PvP mode, there was certainly a lot to digest.

Unfortunately for current players, there were absolutely no announcements regarding the current state of the game. With Blizzard vice president, Jeff Kaplan explaining the company has “no idea” when the sequel is coming, it’s clear many current Overwatch players are on edge.

In a November 7 broadcast, the streamer was mid-way through a closely contested match on Hanamura that featured the likes of 2019 Overwatch League champion Matthew “super” DeLisi of the San Francisco Shock.

Having successfully climbed to the Top 500 players in his region, m0xyy switched from Tracer to Doomfist in a defensive attempt to force a draw. In the midst of his first engagement on the hero however, he snapped and started to question why he was even dedicating his time to the game. 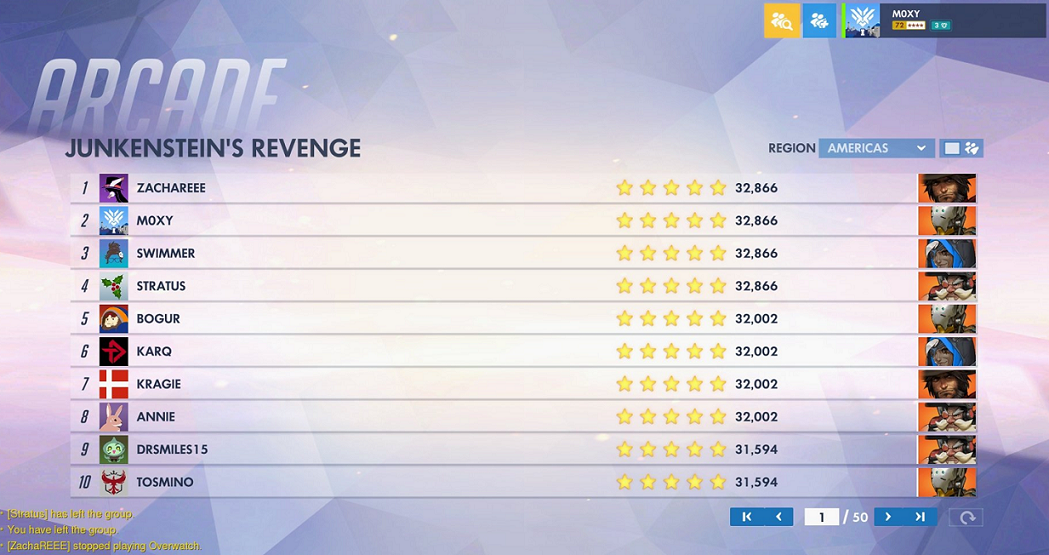 M0xyy recently sat atop the leaderboards with OWL pro’s in Junkenstein’s Revenge.

“Do I actually even want to play this game?” he asked, and added he thinks the game is “so bad.”

In the midst of venting his frustrations, a teammate playing Hammond booped the target he was attacking, knocking them out of range of a Seismic Slam. Having planned on stunning the Sigma, instead m0xyy came crashing down to the ground with his abilities on cooldown.

“He booped him,” the streamer said, before freaking out and audibly smashing his keyboard. For a few moments his character was left defenseless in the middle of the battlefield, but surprisingly wasn’t picked off as the streamer exploded.

As an experienced Overwatch player with a golden portrait border and a clearly dedicated competitor having reached the Top 500, it seems as though the hundreds of hours spent grinding are finally starting to take their toll.

M0xyy eventually lost that match and explained that he’s “over it.” However in spite of his rage and the amusing outburst, he continued to grind on-stream for another few hours, even climbing another 100 spots and reaching rank 145 on DPS.

There’s no telling just when Overwatch 2 might be released to spice things up but for the time being, here’s a rundown on everything we know about the sequel thus far.