D.Va still hasn’t have gotten a Halloween skin, but this concept from artist and Overwatch fan Walther Sorg makes up for that somewhat, even though it’s not playable in game.

The skin concept, called “Lightforged D.Va,” reimagines D.Va as a being that resembles a Draenei from World of Warcraft.

Her Bunny Blaster and Mech have been reconstructed out of golden crystal and other gilded material that looks, like the name indicates, as though it was forged out of light.

Sorg has created Overwatch art before, but this awesome D.Va illustration really seems to stand out and seems like it could be available in-game tomorrow.

Overwatch has released crossover skins with other Blizzard games like World of Warcraft and StarCraft before, so there’s a possibility something similar for D.Va could be in the works. 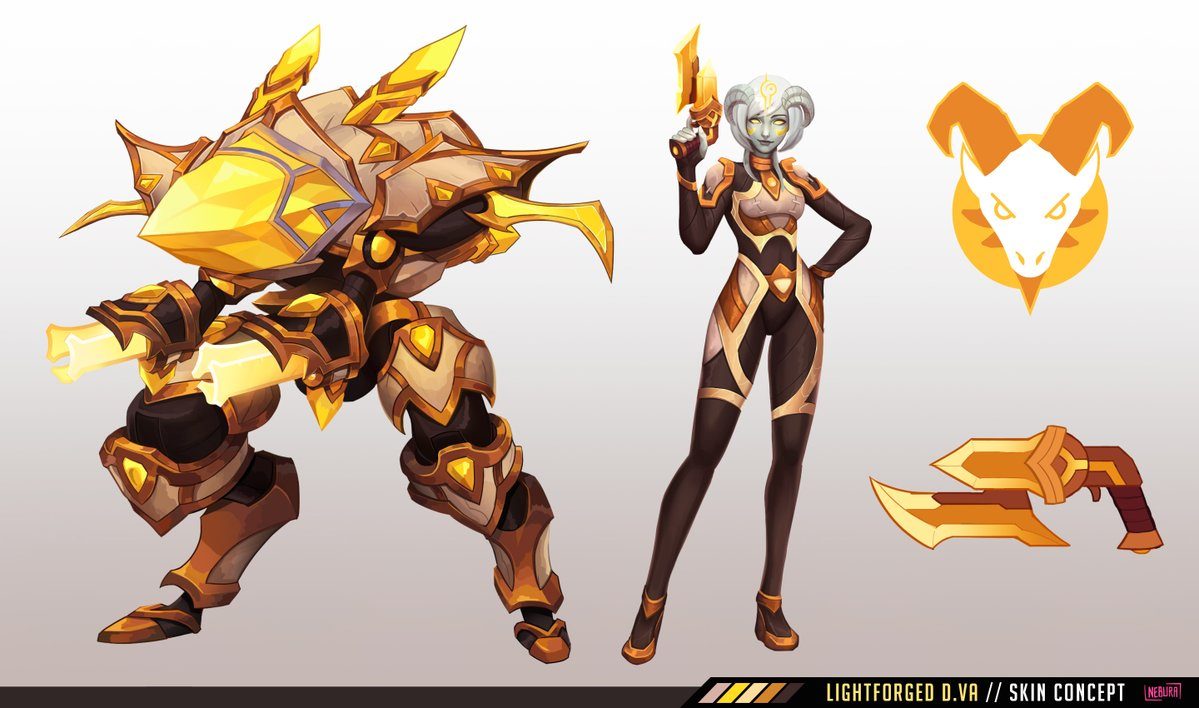 Since D.Va is also a playable character in Heroes of the Storm, this concept would fit there too –  she already has several skins unique to HotS – but true D.Va fans would certainly want to see it in Overwatch.

Hopefully Sorg keeps making their awesome Overwatch-inspired art; the D.Va mains out there certainly appreciate it.