Widowmaker is another Overwatch hero who doesn’t yet have a Winter Wonderland skin for the holidays, so one fan decided to change that and make their own that fits Widow perfectly.

The Winter Wonderland event usually begins in Overwatch near the beginning of December, and there’s a good chance this year’s event will begin on Thursday, December 13.

Widowmaker doesn’t have any winter event skins, but she does have a mistletoe highlight intro that’s become a fan-favorite.

The concept was posted to the Overwatch subreddit by user kewpieee, who said they had some leftover ideas from Halloween and decided to make a scarier take on a holiday skin, which is how Krampus Widowmaker became real.

Complete with horns and hooves, this concept really fits Widowmaker, and even her rifle got the winter treatment with some icicles growing out of the stock. 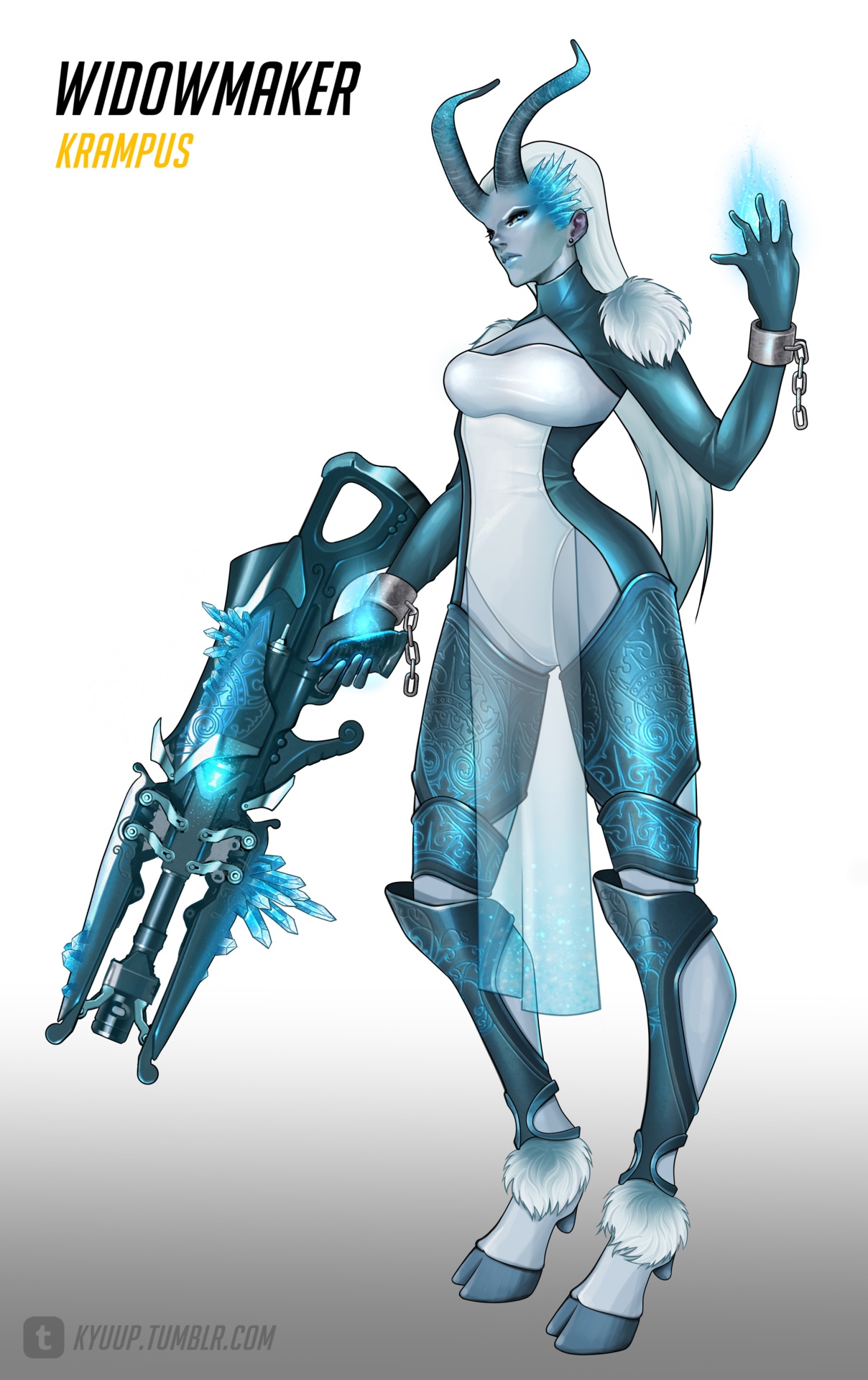 Overwatch still has to announce any of the upcoming skins for this year’s Winter Wonderland event, but that hasn’t stopped fans hard at work on concept winter skins for their favorite heroes.

Event skins are usually previewed about a week before the event begins, so it will be interesting to see what Overwatch has in store for this year, especially after all the awesome winter concept art so far.