Overwatch fans love fleshing out their own awesome ideas for original skins and heroes, but the latest creation to come out of the community is so over the top it could beat out Hammond and Winston for wildest hero design.

There’s just something about attaching weapons to a killer shark that screams ‘Supervillain’, and this hero concept would be right at home if found in some underground secret lair next to a doomsday device.

The hero is based on a concept created by Tom McDowell and is brought to life by Character Artist Brian ‘Panda’ Choi, and it shows what would happen if Talon scientists (See: Moira) put lasers, missiles and claws on a Hammerhead Shark. 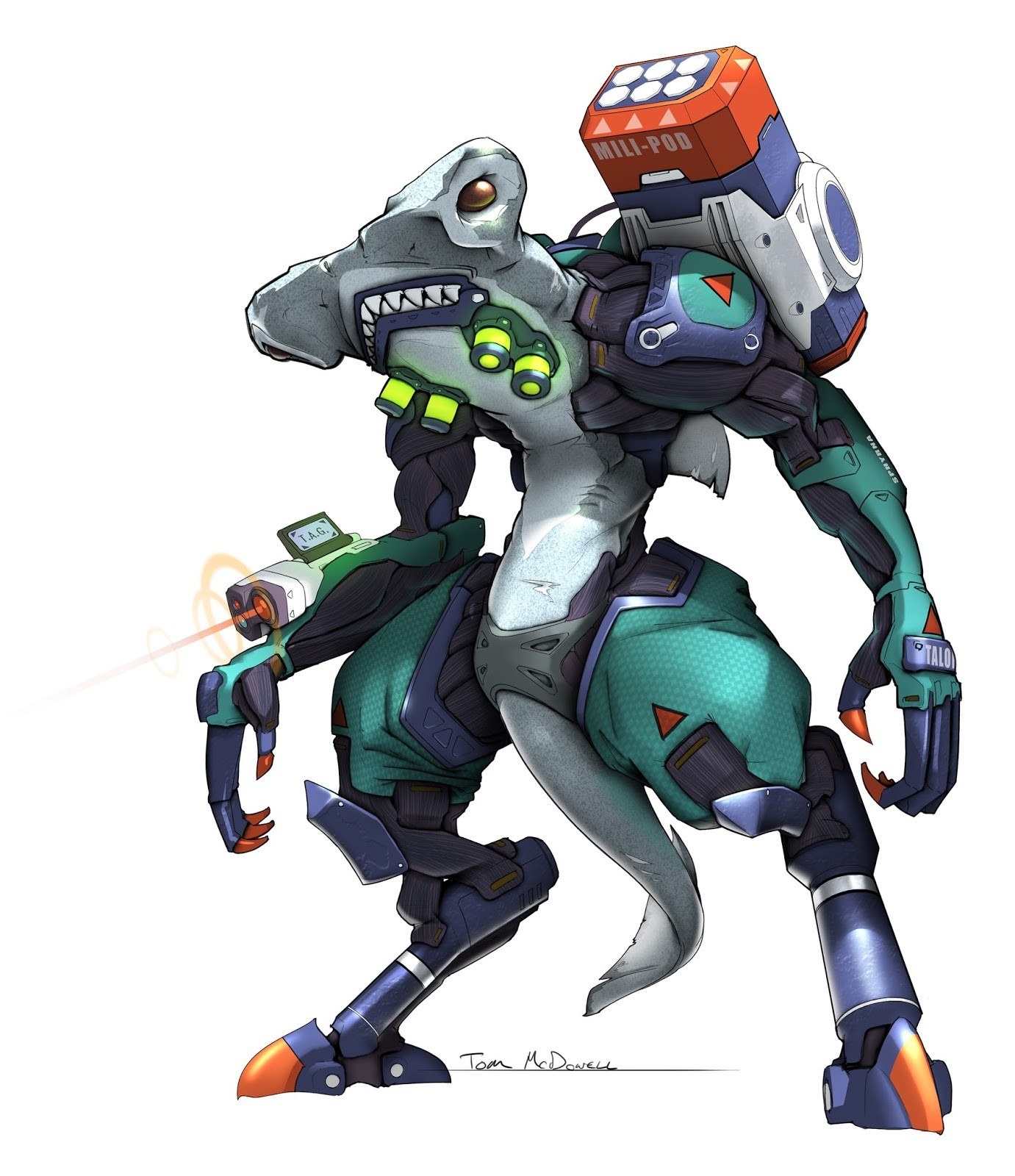 The result is awesome and seems like it could make a great tank, like Hammond or Winston, or even another DPS hero; whatever he would be, he’d probably do a good amount of damage.

Panda chose to name his ingenious creation “Bruce” as an homage to the Disney movie Finding Nemo, which features a popular shark with the same name.

We can only speculate on what kind of abilities Bruce would have, but his ultimate would probably involve that menacing missile launcher on his shoulder. 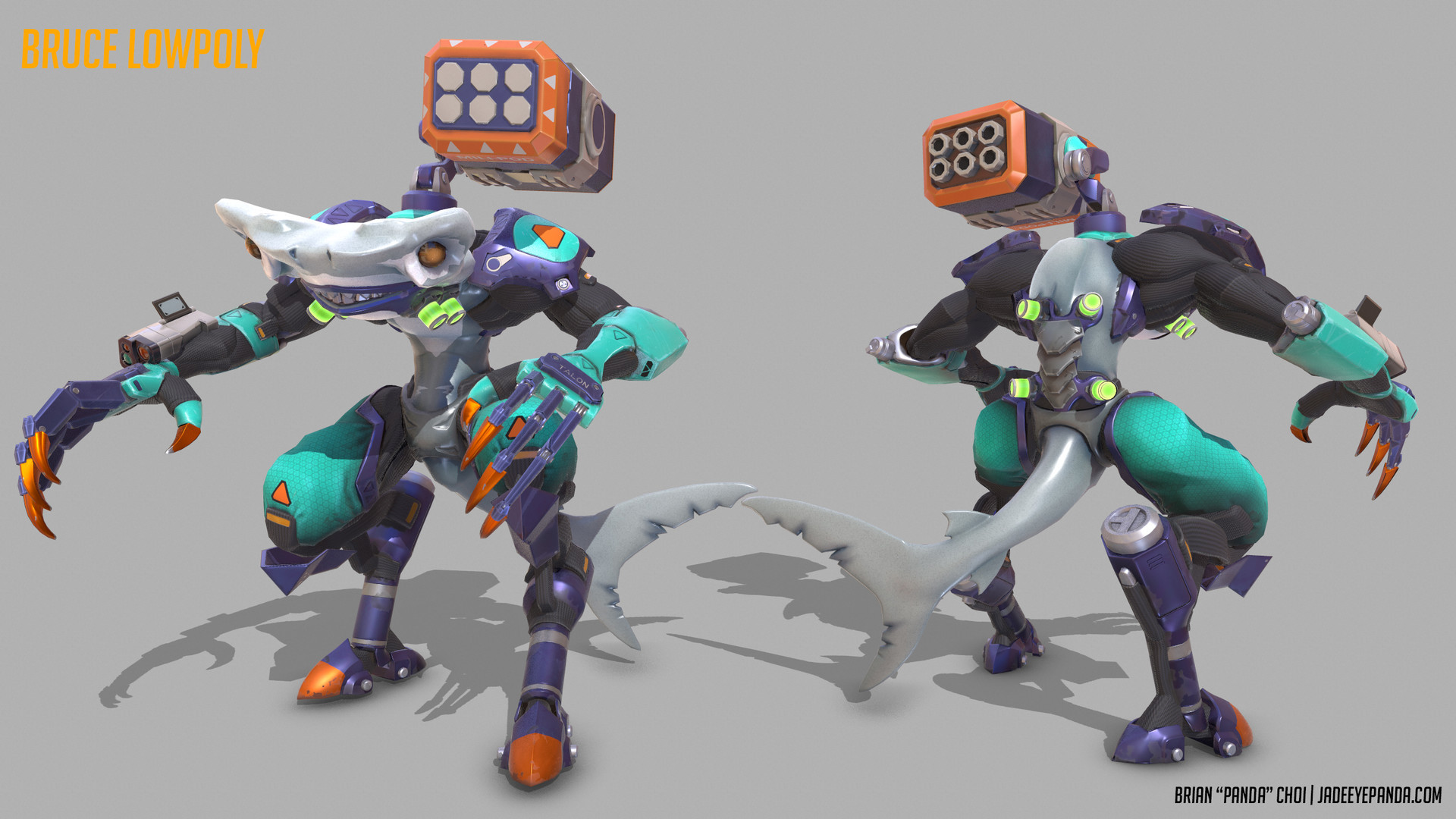 Those claws look pretty deadly and could probably be used in some sort of dash attack similar to Genji’s.

Hammerhead sharks usually leave humans alone, but if Bruce somehow made it into Overwatch he would definitely do something about that.

Bruce’s concept looks amazing and Panda did a great job of putting the hero together in a way that makes it completely unique and original, but still a hero that would fit right in to the colorful world of Overwatch. 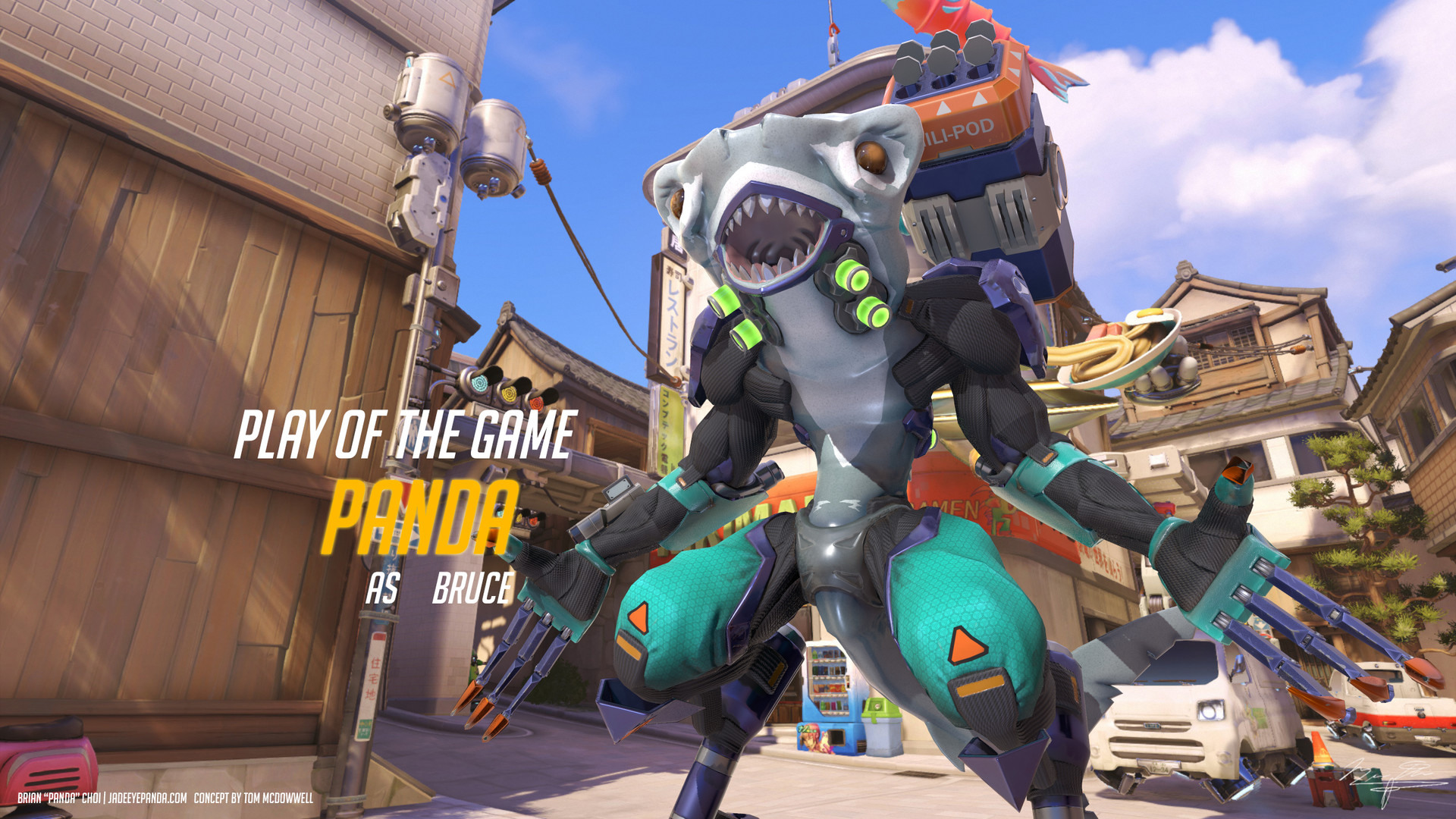