Should there be a Guild system in Overwatch? - Dexerto

Should there be a Guild system in Overwatch?

Some Overwatch fans believe the introduction of a customizable guild system to the game would give players a much more unique multiplayer experience and here’s how it could.

A concept, which was posted to the Overwatch subreddit by Pedro Komlow, would allow players to build different guilds with specific descriptions and therefore match up with others with the same interests.

The Reddit user has been putting together some rather detailed interface concept art since September of last year and has finally shared them with the game’s online community, showing both creation and management windows for the guilds. 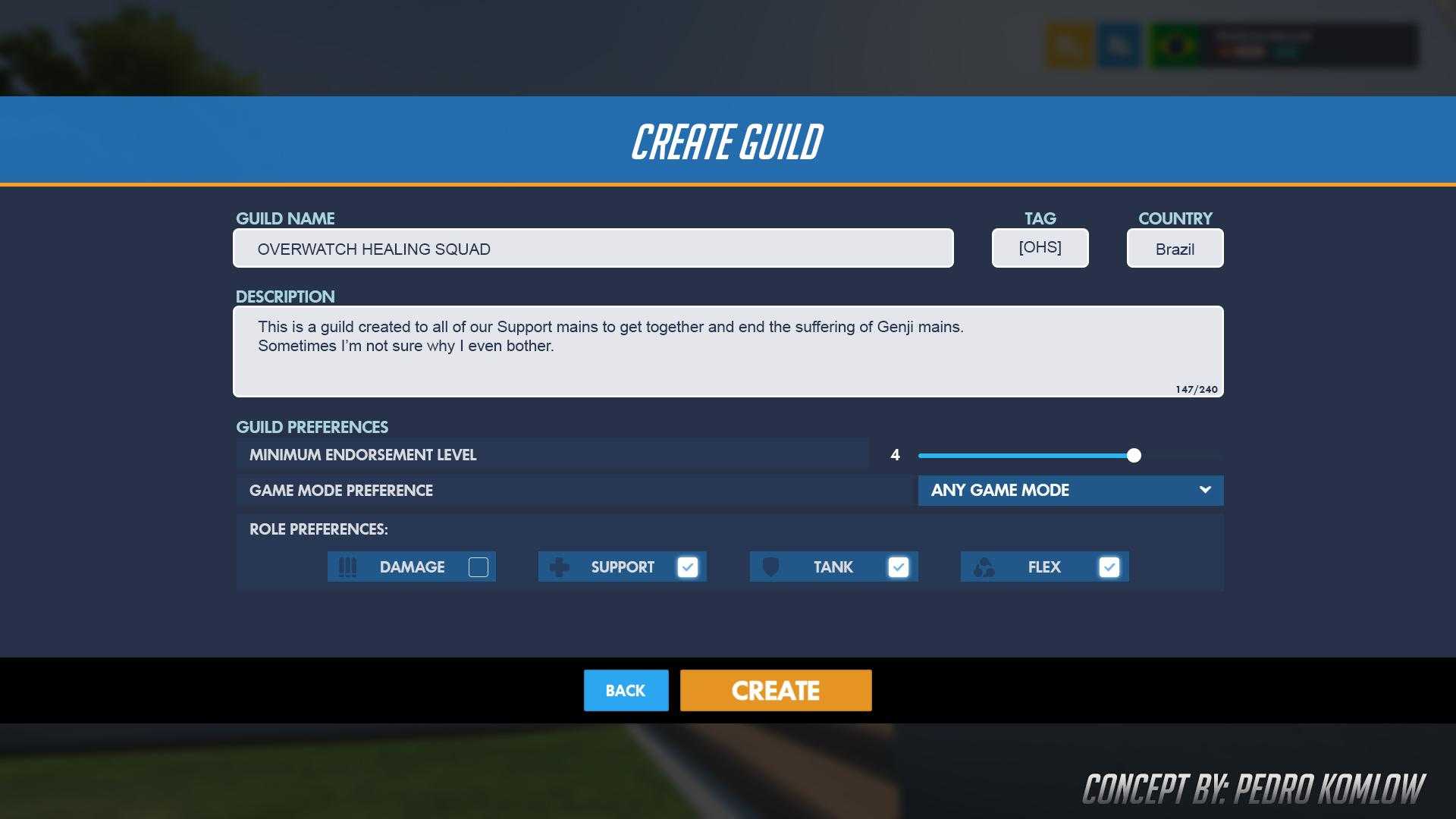 A Creation Window for the Overwatch Guild System concept, posted to Reddit.

Komlow also posted another interface concept design for a guild management screen, which would be used to customize different parts of your guild – including its name, tag, color schemes and other features.

“Looking to expand players’ experience, the Guild system can give something unique, connecting and gathering people with common gameplay and interests” the user wrote during his post. 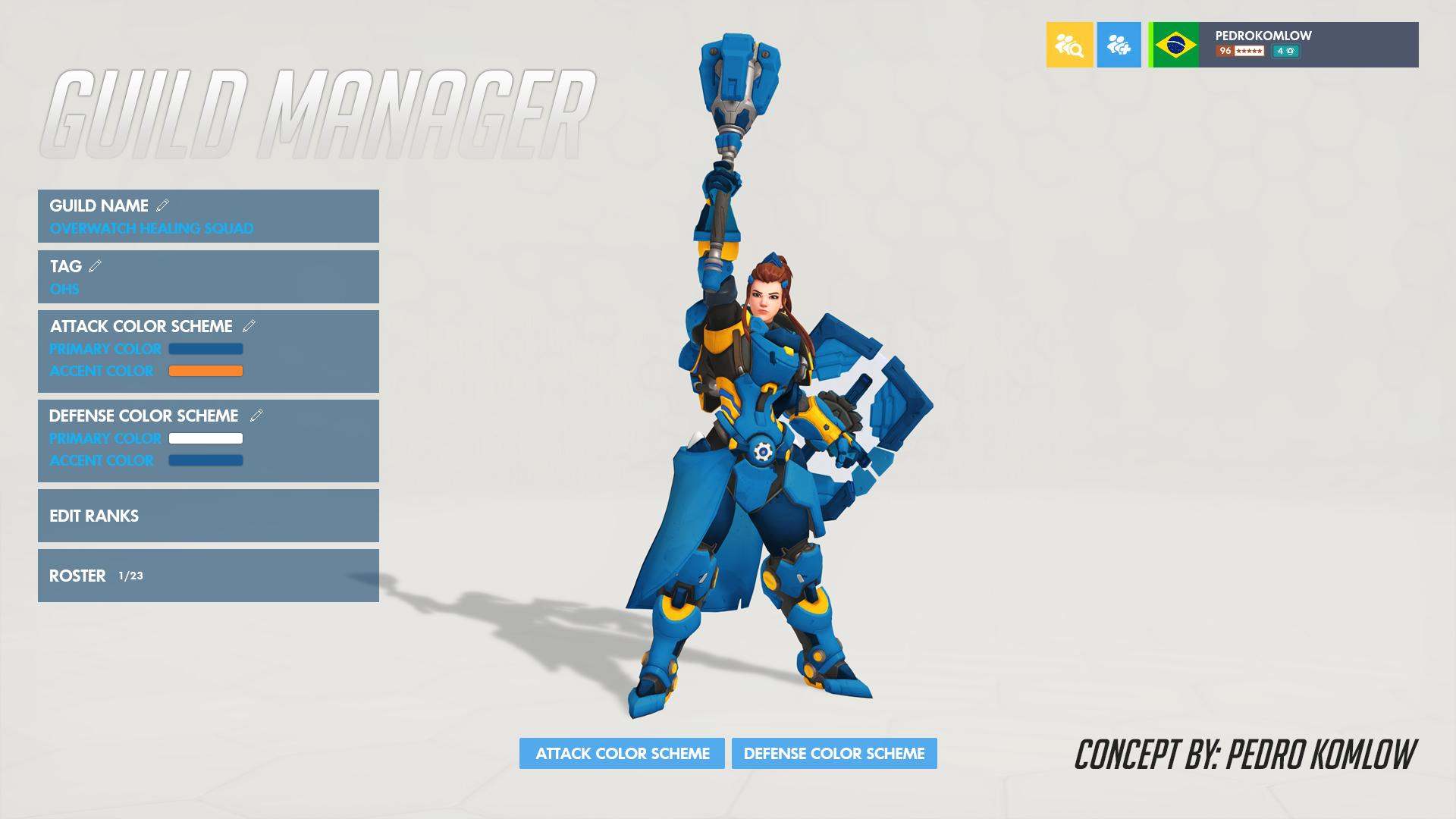 Change your name, tag and other things for your Overwatch guild in this management menu!

If the system was ever implemented, Komlow revealed that he would like to see a number of other resources added to it in order to make the feature as useful as possible for players – most of which are very similar to World of Warcraft.

This would include the option to create private sessions between guild members, an exclusive chat for the group, a rank system for these users, filters in place to search for other guilds, and the ability to share out credits in order to change the main colors for those involved.