Should Overwatch have a role queue or role restrictions? Pro players weigh in - Dexerto
Overwatch

Should Overwatch have a role queue or role restrictions? Pro players weigh in

The idea of role queue and role restrictions in Overwatch is one of the perennial topics of discussion among fans, with many calling on Blizzard to implement the feature despite the drastic change it could mean to how the game is played.

The subject has recently been raised once again after Dallas Fuel’s Timo ‘Taimou’ Kettunen tweeted that he thinks the time might have come to implement such restrictions.

I think we might actually need the 2-2-2 force to balance the game.. I am a different man now

Having played Overwatch professionally since the game’s beta, and having competed at the very highest level throughout, Taimou is among the most veteran players in the world. As a result, his testimony on the matter carries the weight of a lot of experience, but he’s certainly not the only pro now of this mindset.

For any Overwatch fans who might be a little out of the loop on the topic of role queue and role restrictions, here’s everything you need to know about what it would mean for the game, the pros and cons, and where Blizzard themselves stand on the issue.

What are role queue and role restrictions?

Right now, Overwatch doesn’t take players’ hero preferences into account when matchmaking. The result is that there’s no guarantee that any given team will consist of six players whose hero pools combine to make a viable composition – perhaps nobody on the team has any experience playing supports, for instance.

In addition, players who are willing to fill in the less popular roles, like tank and support, might often find they rarely get to play the heroes they actually prefer, as they feel compelled to fit to a more viable composition rather than selfishly lock in their own preference.

A role queue would give players the opportunity to select which roles they’d like to play, ensuring that they can control for what they prefer or are good at, without having to negotiate with team-mates or sacrifice the line-up’s viability.

In the context of competitive play, a role queue would also enable Overwatch to have role-specific ranks – a player who has always focused on support heroes may not be as good at playing tanks, or vice versa, but currently the ranked system has no way of differentiating this, meaning that players who either want or are pushed to play an off-role may not be in a match reflective of their actual ability in that position.

In order to make this really work, however, the matchmaker would also have to then restrict players to only playing heroes in the role that they’d been assigned. This likely means that the game would have to enforce a particular distribution of roles for each team.

For most players who want to see a role-restricted mode added, this distribution would be “2/2/2”, the most standard Overwatch composition of two tanks, two supports, and two DPS. Such a composition would usually ensure that both teams end up with at least a somewhat viable line-up. 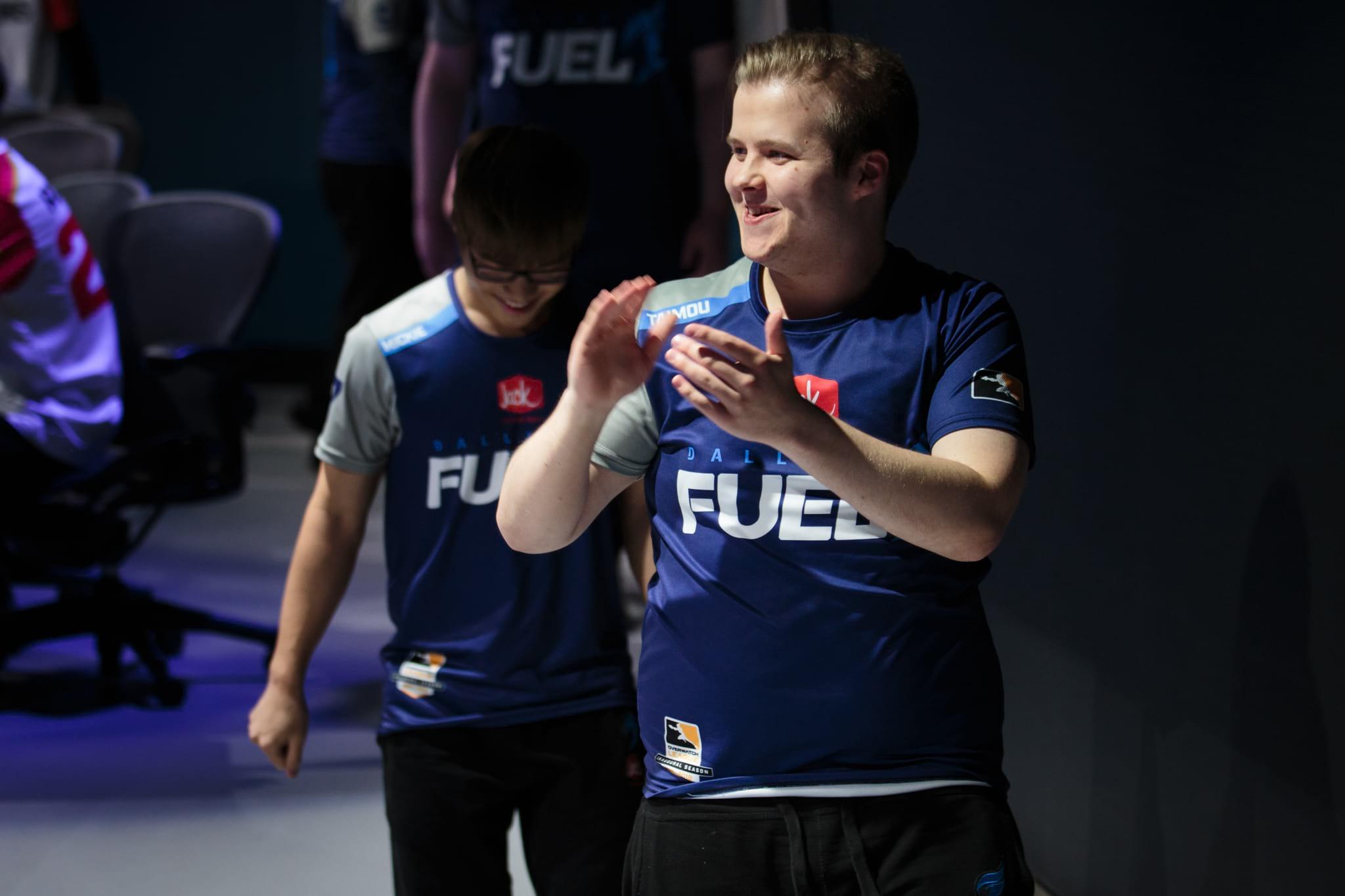 Taimou is the latest pro player to call for role restrictions in Overwatch.

A large part of the desire for a role queue and role restrictions comes from the fact that it can be very difficult to put together viable team compositions in online matchmade games unless your team-mates are both cooperative and capable of playing the required heroes between them.

In organized competition, however, these are issues that shouldn’t appear. Teams will be made up of players dedicated to particular roles, and particularly at the highest level – the Overwatch League – also have extended rosters of players to account for almost any composition they might want to run.

Nevertheless, elite competitive players are calling not just for a role queue to use as practice in online matchmaking, but 2/2/2 role restrictions as part of the competitive ruleset.

One of the primary reasons for this is the tyranny of the “GOATS” meta, which has dominated the highest level of play for many months now. GOATS is a triple-tank, triple-support composition that has proven so effective it has outlasted several attempts by Blizzard to knock it off its pedestal with targeted nerfs.

As Jeff Kaplan himself admits, balancing the game without role limits can be particularly difficult as it’s hard to account for composition variation while making balance changes. In the case of Brigitte, for instance, one of the central pillars of the GOATS composition, applying nerfs so that she’s less powerful in a 3-3 line-up could easily make her entirely unviable when played without two additional supports around her.

The Overwatch League returned for Stage 2 of Season Two on April 4, incorporating a major patch that many anticipated would be the downfall of GOATS, but the composition still seems extremely prevalent.

As a result, it seems that pro players are increasingly coming to the conclusion that the only way to ensure that Overwatch has the style and diversity that many players want to see is actually to restrict how compositions can be built, by eliminating strategies that rely on “unconventional” role distributions such as GOATS.

What do Blizzard think of role restrictions?

For much of Overwatch’s history, Blizzard resisted the idea of a role-restricted mode, as it goes against the flexibility that has always been one of the game’s core values.

Unlike many “hero” or “champion”-based titles in which players choose characters with unique abilities, Overwatch lets players change their selection at any time in a match, rather than being locked in for the entire game.

This flexibility was so fundamental to Blizzard’s original vision that the game even launched with no hero limits – each team could feature the same hero multiple times. Blizzard fairly quickly realized, however, that maintaining balance under such conditions wasn’t particularly viable.

It seems more recently, however, that the developers have become more open to the possibility of further restrictions. Overwatch game director Jeff Kaplan revealed that no only are many of the developers on board with the idea of a role queue, but they’ve already looked into the work that would be required for the matchmaker to accommodate it.

Unfortunately for fans hoping to see such a system manifest soon, Kaplan also stated that “months and months of rewriting” would be needed to get the matchmaking system ready, so it’s unlikely to appear in the short term.

What are the downsides of role queue and role restrictions?

The call for role queue and role restrictions isn’t unanimous from Overwatch players, however, as they do come with some downsides.

On a gameplay level, the obvious one is the restriction itself, as it would limit not only creativity in compositions, but the options available to each individual.

Many players enjoy being able to switch between roles in the middle of a match as they see fit, and swapping roles can also be a way of making up for deficiencies in a team’s hero pools. Outside of the upper ends of competition, players don’t always dedicate themselves to a single role – the best Reinhardt player on a team, for instance, might not necessarily be the most competent Winston, but might be able to swap out with a DPS or support so that the team’s needs are covered.

There’s also the inevitable impact a role queue would have on the time it takes for some players to find a match. Not all roles are equally popular, and in particular a role queue would likely mean that DPS players would find their queue times increase significantly.

It’s for these reasons that Blizzard have never committed to releasing a role queue, even though they’ve now stated they’re actively exploring the idea. With calls for such a system seemingly only getting louder, however, fans of the idea can certainly hold out hope that it may eventually be implemented.