OWL Finals: Why Shock vs Titans is the most important Overwatch match ever - Dexerto
Overwatch

OWL Finals: Why Shock vs Titans is the most important Overwatch match ever

The story of the Overwatch League’s second season is one of two teams. Throughout the campaign there have been two constants – the unstoppable force of the Vancouver Titans and the coming of age of the San Francisco Shock.

We were almost denied the perfect meeting of the best two teams in the grand final, after the Shock were upset in the first round of the playoffs, but their dominant lower bracket run sets up a final battle with everything on the line. The winner won’t just claim the trophy and the $1.1 million prize that comes with it, they will also be considered the best Overwatch League team so far.

Granted, the League is only in its second season, but both these teams have been far more convincing than Philadelphia Fusion and London Spitfire, last season’s finalists. That match lacked the same level of importance – the two were not rivals, nor did it feel like either team fully deserved to be there. They were wildcards that broke many brackets en route to their showdown in New York, but the Shock and Titans are the main players of Season 2. This has been their story, the one that fans have been fixated on. It’s all set up to be a classic final on September 29. 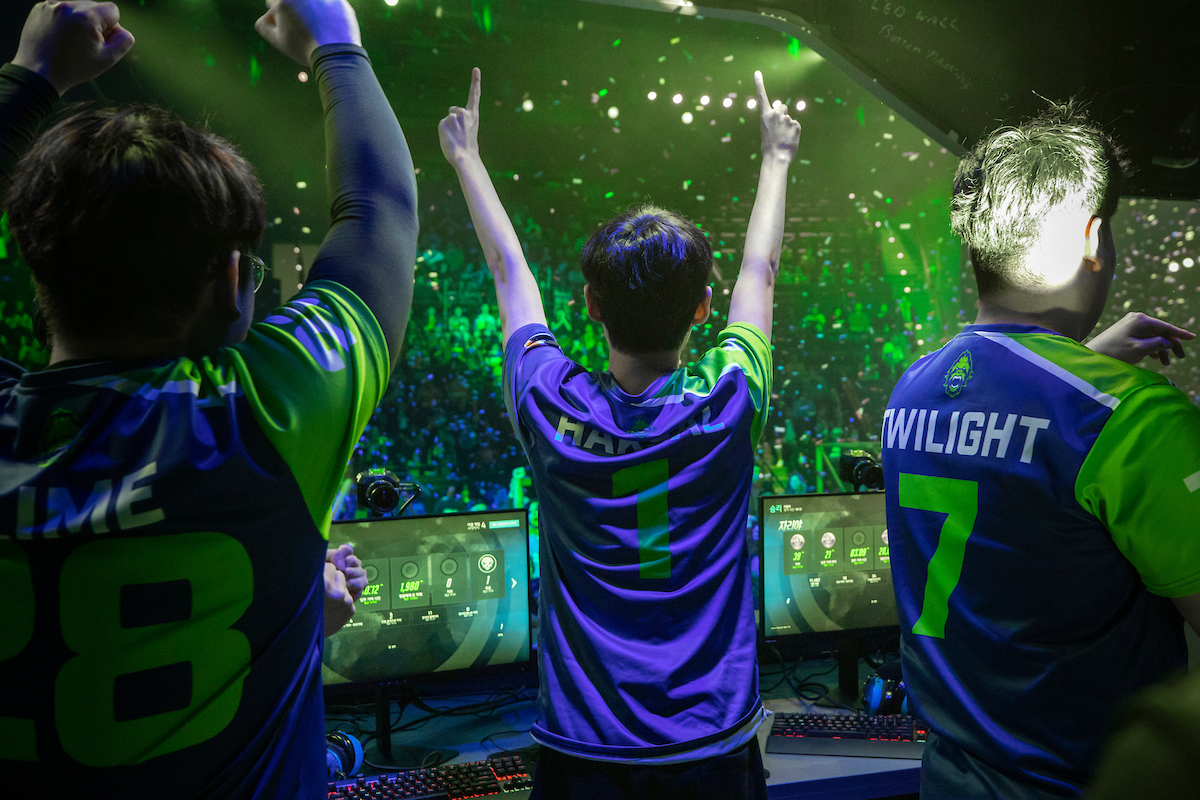 The Vancouver Titans captured glory in Stage One.
[ad name=”article2″]

Ironically, had it not been for the Titans, the Shock may not even be where they are. In the first of two stage playoff encounters between the squads, the Shock fell to the experienced, Korean Contenders-hardened force of nature that was Vancouver. It wasn’t an easy victory for the Titans, however, as they were taken to the limit and a final seventh map.

That defeat lit a fire under the Shock players who marched their way right back to a rematch against their nemesis in the Stage 2 finals and went a perfect 28-0 in maps throughout the stage. 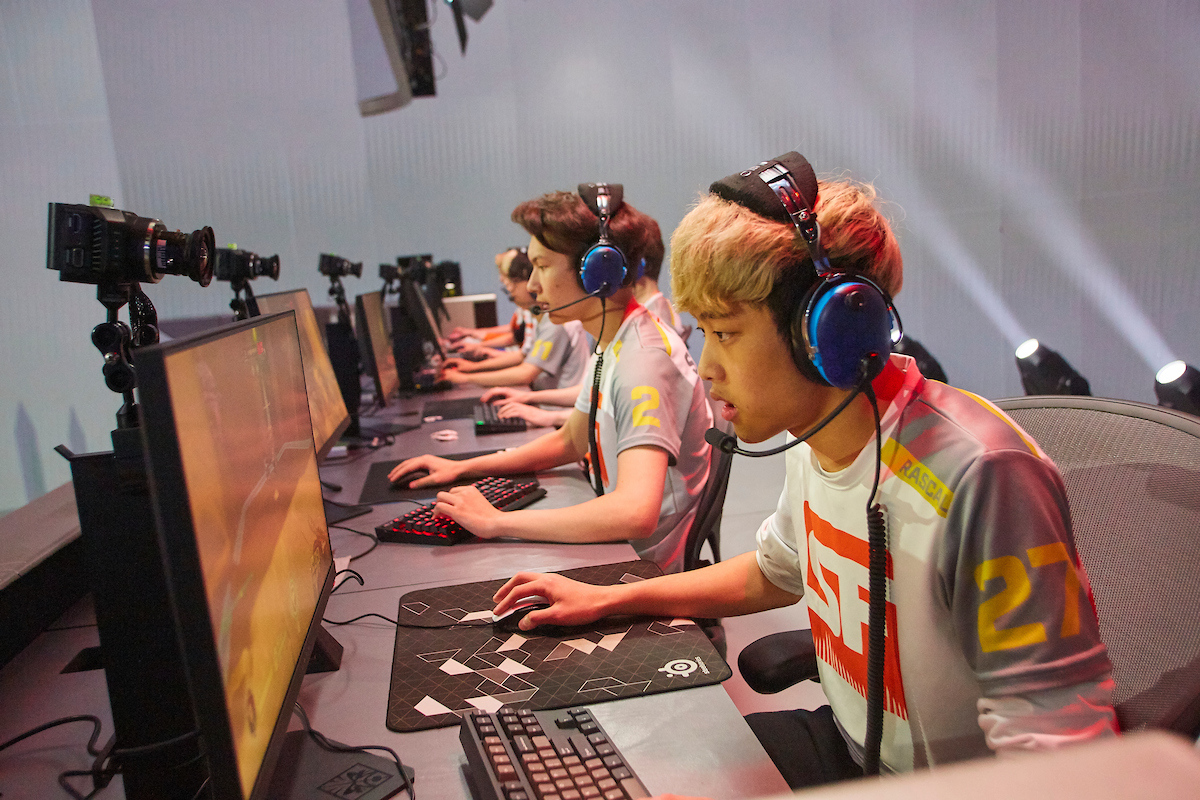 The Shock were out for revenge in Stage 2.
[ad name=”article3″]

This time, fueled by revenge, the Shock avenged their prior loss with a six-game victory, handing the Titans their first-ever stage playoff defeat in their first win over the expansion club.

There’s a line in the game spoken by Talon antagonist Doomfist after respawning. He says, “Defeat makes me stronger.” It’s fitting that he plays such a key component in the championship meta.

If defeat had made the Shock stronger, it’s a sensation Titans had also experienced in the past. For years, RunAway – the previous incarnation of the Vancouver Titans – had been a popular squad in Korea in both APEX and Contenders, but never captured glory despite several finals appearances.

That itch was eventually scratched when the team conquered KongDoo Panthera in what is considered by many to be the greatest match in Overwatch history: the Korean Contenders 2018 Season 2 finals. 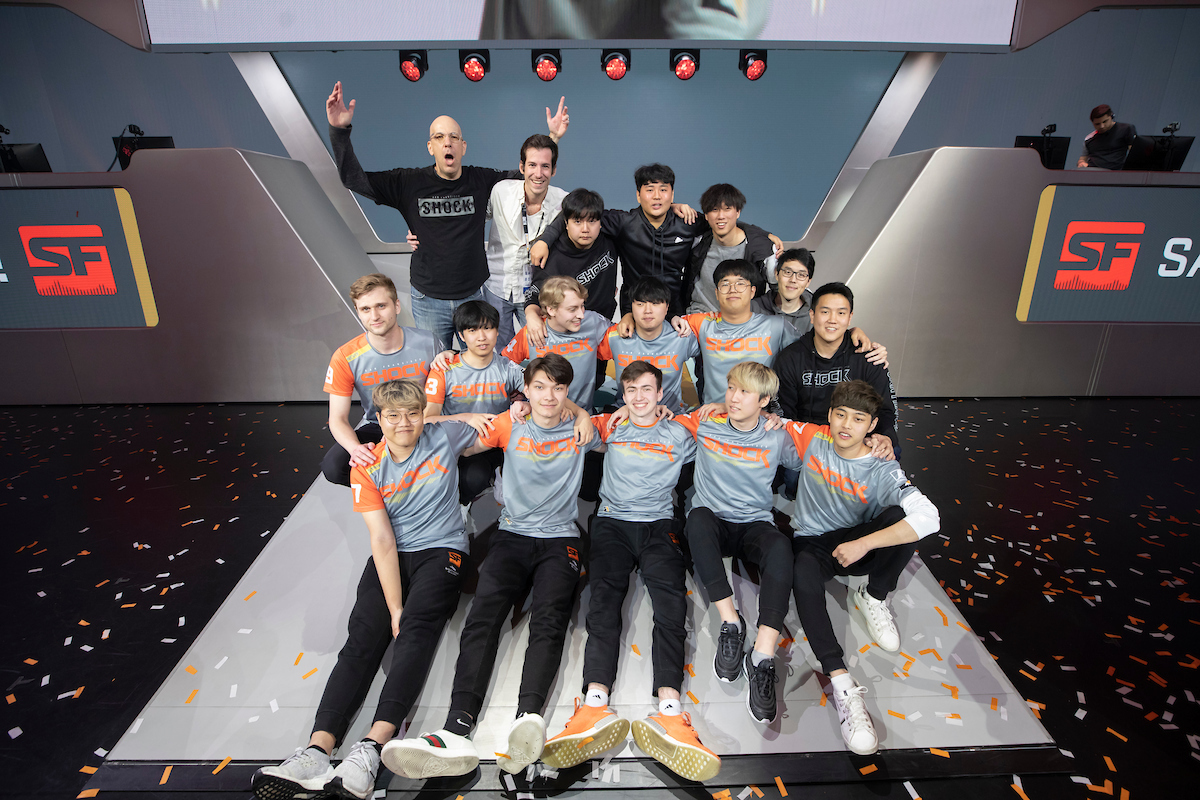 The Shock were able to slay their nemesis in Stage 2.

While San Francisco and Vancouver didn’t match-up in the stage three playoffs, the grit and determination the Shock acquired in their battles with Vancouver shone through against the Shanghai Dragons. Even after being down 3-0, they fought back to a seventh map, almost becoming the first pro team in history to pull off the reverse sweep in a first to four.

“Our adaptability has improved a ton over the course of the season,” Moth said. “It wasn’t something we had in stage one, but in the Stage 2 final we felt we were able to adapt really well to Vancouver and after that we just kept improving.”

“We know how to play against any play style,” added sinatraa. “No matter what it is.” 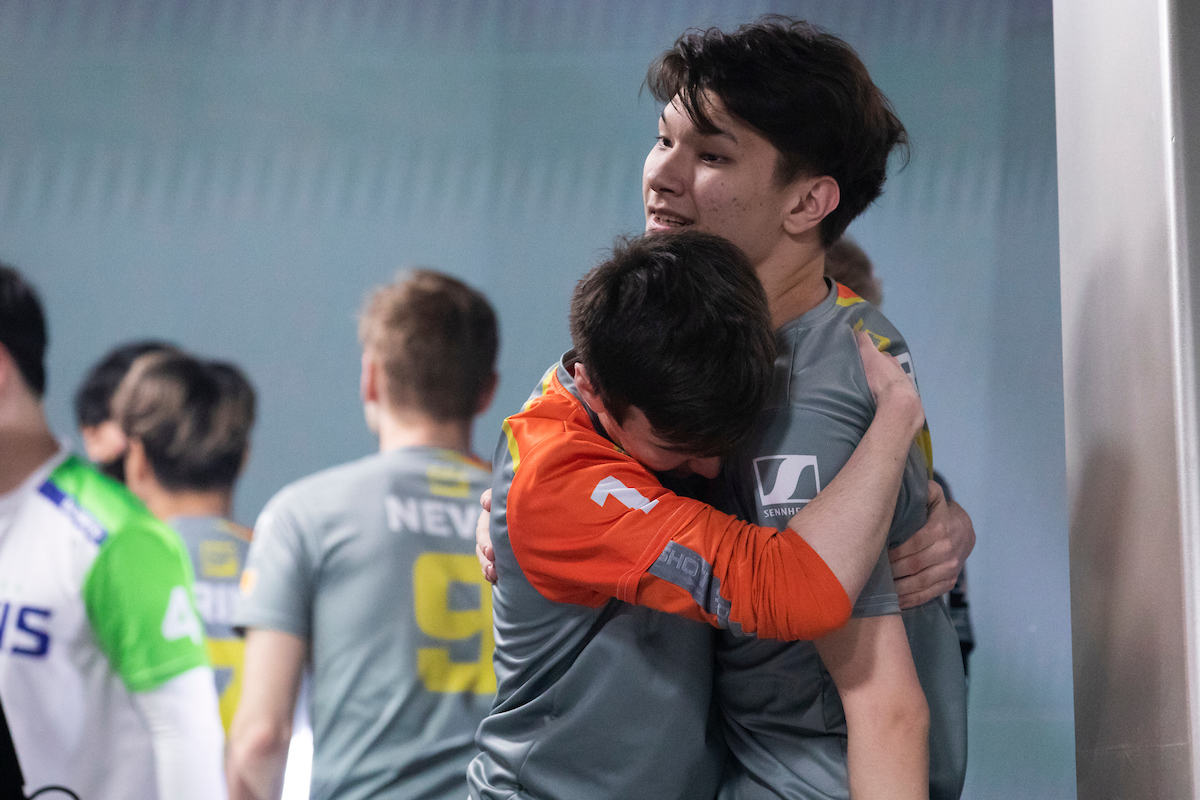 Super embraces Sinatraa after a thrilling victory against Vancouver.

For one returning member of RunAway, the thirst for a championship still hasn’t been quenched.

Jang-hyeon ‘TiZi’ Hwang was a part of RunAway during the APEX days, but departed the team for an ill-fated move to London Spitfire. While he was grinding in North America and later Chinese Contenders, his former teammates would conquer Contenders and dominate the OWL regular season.

TiZi made his return to the squad ahead of the Season 2 playoffs, standing in for Bumper in their victory over NYXL in the winner bracket finals. TiZi spoke to Dexerto after the result about what it meant to him.

“I really wanted to win,” he said as he explained that he considered NYXL a personal rival of his, having previously played for XL2, New York’s academy team. 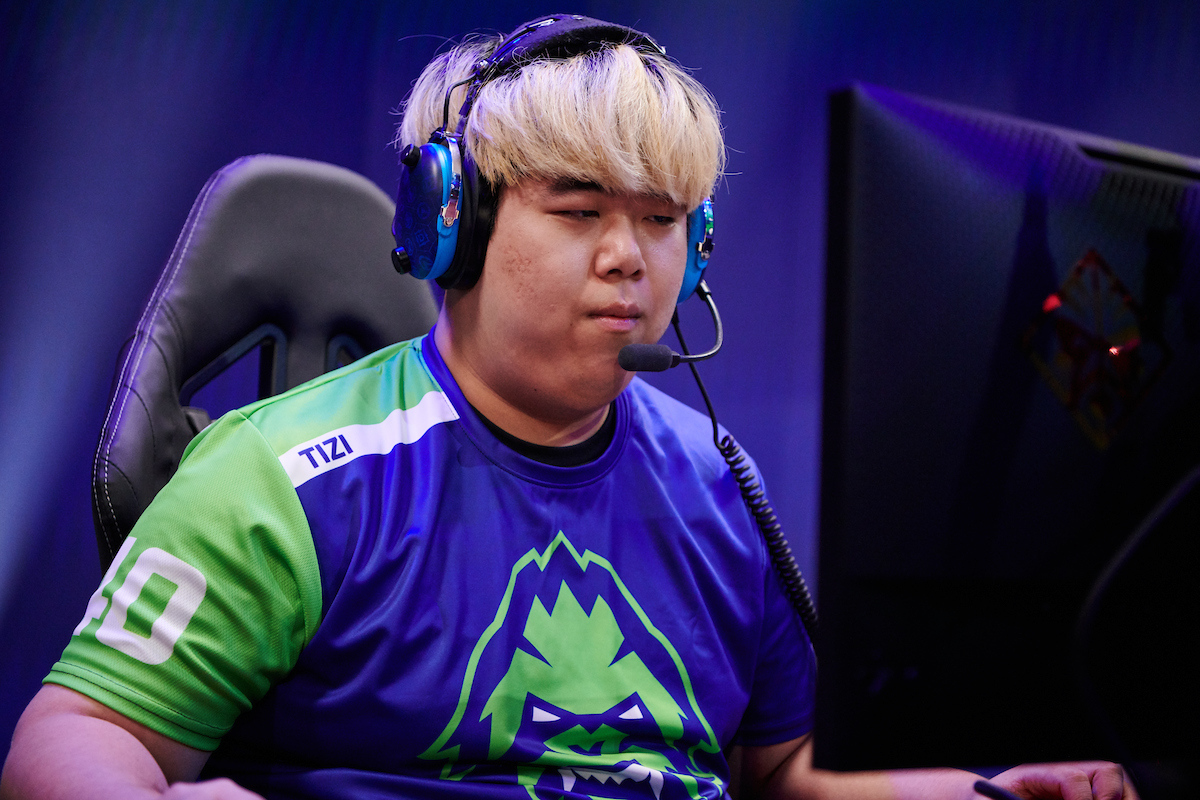 TiZi in still in search of championship glory.

Being old friends with the Vancouver players has helped immensely, what with being dropped right into the thick of things. “It’s just like old times,” the Orisa player said, adding that on his other teams, the language barrier had held him back.

While some players may dwell on their past defeats, TiZi has his eyes on the Overwatch League Championship and he’s been busy perfecting his play style as he prepares for the final. Having said that, he told us that he “felt pressure stepping in for Bumper”, despite reaching Grand Finals. It is something that he knows he will need to overcome.

The Overwatch League playoffs changed their format this year to a double-elimination bracket. The result was tightly contested series, more storylines and a Shock team that once again was forced to rally back from the brink to reach Philadelphia.

The San Fran powerhouse, led by Sinatraa, has been taking no prisoners after an upset loss to Atlanta in round one, with dominating nonstop sweeps against the Hangzhou Spark, New York Excelsior – a team that took the Titans to 7 – and the reigning champions London Spitfire. 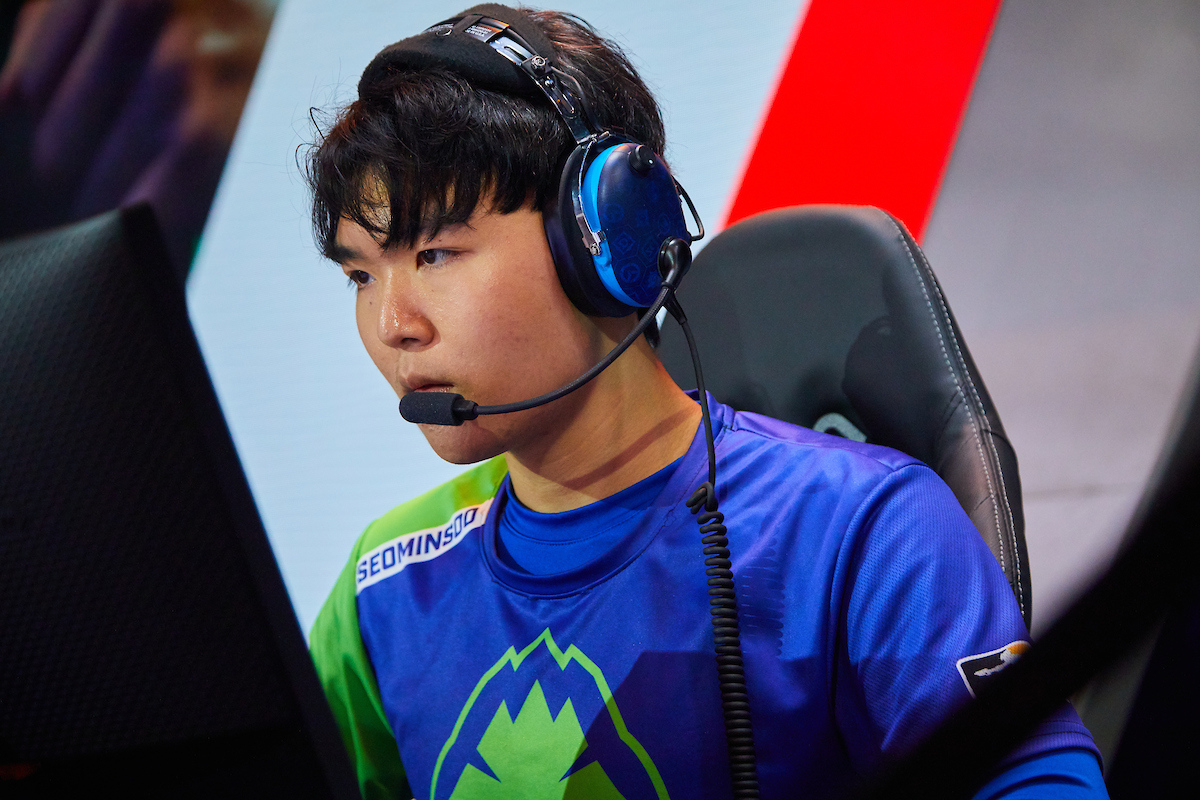 The Titans finished the season as the 1st seed.

The Titans’ journey to the season 2 Grand Finals, despite never losing a match, looks less convincing by comparison as the first seed’s close contests against the Seoul Dynasty, LA Gladiators and NYXL serve as visible battle scars after a glance at the bracket.

In fact, according to Sinatraa and Moth, their early loss to the Reign in the first round helped them in the long run and made them stronger.

“It gave us a ‘we-don’t-care-anymore’ [attitude],” Sinatraa said. “Like, lets just have fun every match. Let’s play who we are. Let’s not be scared or whatever. Let’s play reckless, play our style and no one can beat us if we play like that.”

And what’s more dangerous than a team bursting with skill with nothing to lose?

Moth even suggested that if the loss came later, the team may not have been able to find their stride again. “It was really helpful in rebuilding our confidence,” he added.

With the brutal C9 against the Atlanta Reign behind them, there is one last final battle for the Shock overcome.

Could the two-week break halt their momentum though? The other games came in such quick succession that the time off could cause an issue. How long can one possibly foam at the mouth for a chance at glory? 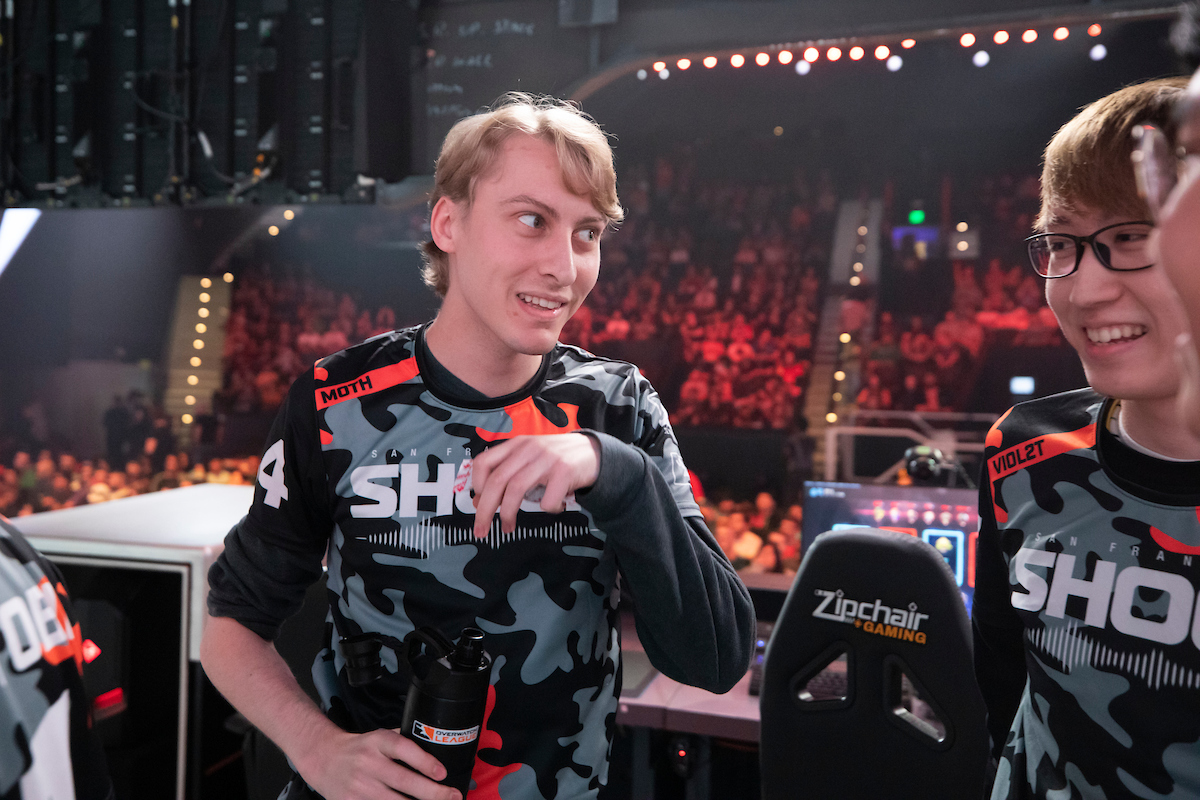 Moth and Viol2t are one of the league’s top support duos.

For Moth, those two weeks could be feeling like an eternity. When asked about his predictions for the finals, the Lúcio star said that practice and scrims will be a key factor, but with no teams left to scrim with, those practices could lack quality.

Another unfortunate situation is a potential injury to Nam-joo ‘Striker’ Kwon that could keep his Reaper in the shadows. While the actual physical condition of Striker is unknown, we should know by Friday whether or not the former Boston Uprising star is good to go.

There is a running meme that the Overwatch League is an anime. If it is, then Contenders Korea and APEX may as well be its prequel spinoff Manga telling the story of how the young passion project known as Runaway grew into the behemoth that is the Vancouver Titans.

For them, emerging victorious in Grand Finals will solidify their legacy. That not only were they OWL-ready but, Championship-ready too. What stands in their way are demons they helped create. Demons with one thing on their minds. 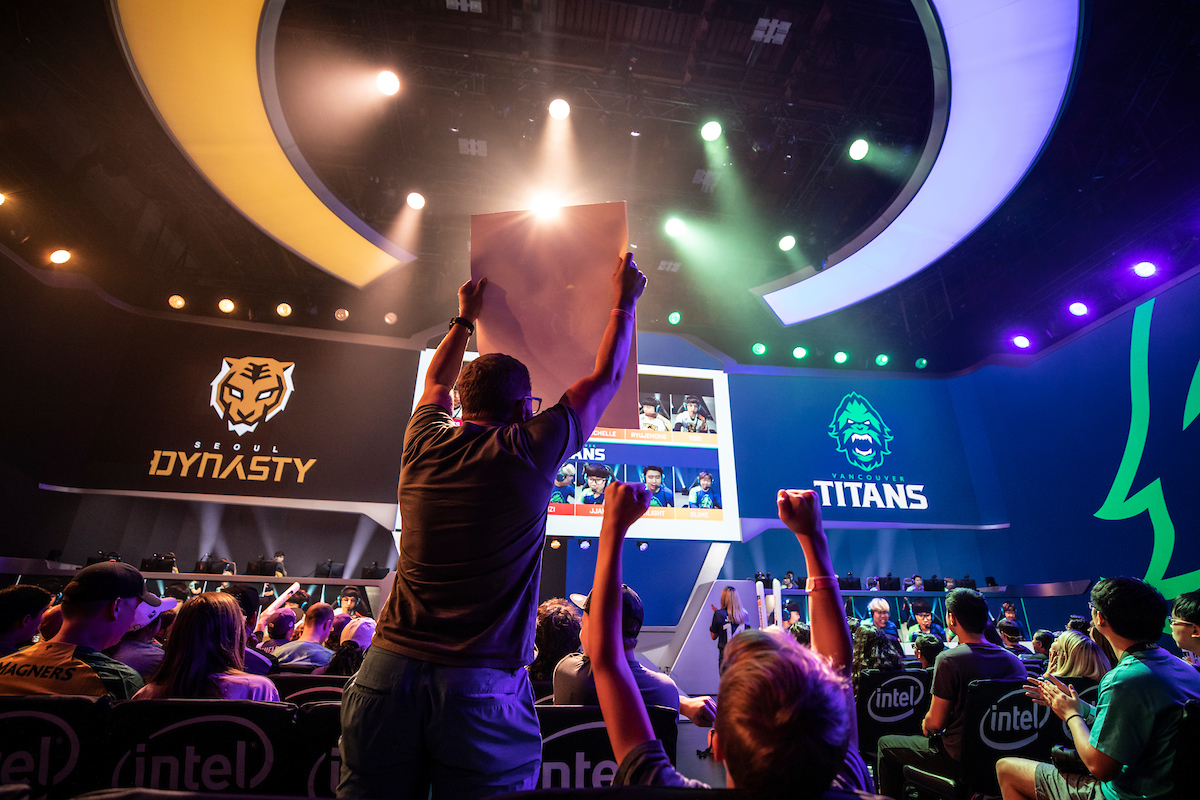 The Overwatch League Champion will be decided on September 29.

For Sinatraa, he is one step closer to his ultimate goal. Going into the season, he had two objectives: win MVP and emerge victorious in the Grand Finals. With the former already accomplished, the superstar is a single match away from pulling off both, and beginning to etch his name into the history books.

“All I want to do is beat Vancouver,” Sinatraa said. “They’re our biggest rival. I don’t really see anyone else as a rival. We’re 2-2 right now in match score. This would be the cherry on top if we win.”

“[Vancouver] has always been our toughest opponent,” said Moth. “Beating them means a lot more than beating any other team does.”